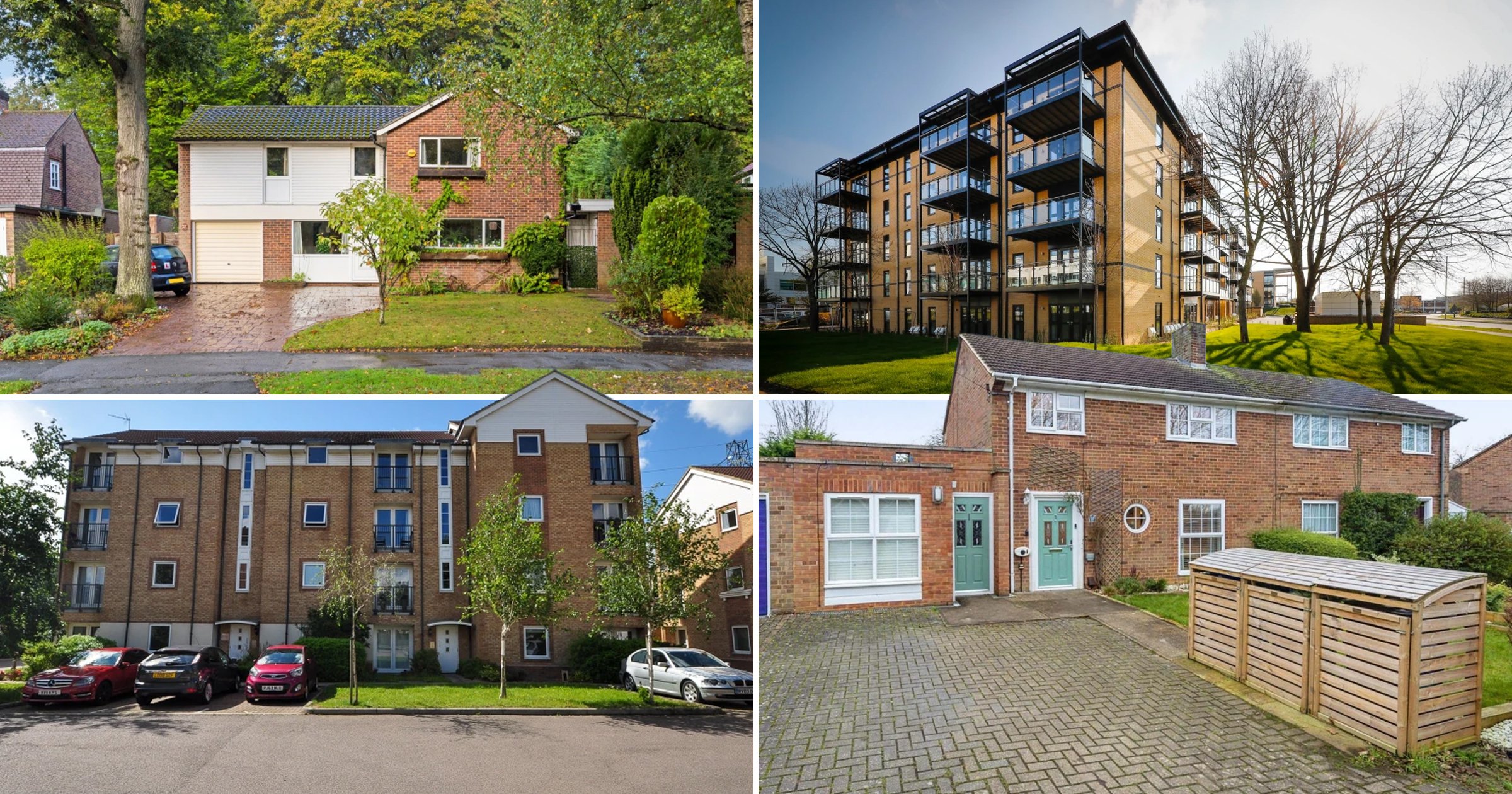 In 1948 it was also designated a new town to house people made homeless in World War II, and today is a thriving commuter belt hub.

There are two stations, the A1(M) is nearby, it’s 15 minutes from the M25, half an hour from Luton airport and local schools are good.

However, the main attraction for homebuyers is how much they get for their money in a county generally perceived as expensive.

Try the west side for well-proportioned 1920s and 30s houses with decent-size gardens, or the east — which is a little cheaper — for post-war and more recently built homes.

‘Lots of Londoners are moving into the area, and sub-£400,000 — £450,000 properties are popular with first-time buyers taking advantage of 5% deposit mortgages. The market’s booming — we recently had 39 viewings and seven offers on a three-bed house.’

What’s new in the area?

Crest Nicholson’s Willow Place consists of traditionally designed one and two-bed apartments and three and four-bed houses, a short walk from the Howard Centre.

St Arthur has one shared ownership home left (out of 15) in a block forming part of the wider Willow Place development.

More shared ownership homes are provided at SO Resi Times Square, an art-deco inspired scheme with a magnificent atrium in the main building and a concierge service.

The one, two and three-bed apartments are kitted out with integrated appliances, flooring and Sky+HD satellite connections, from £83,750 for 25% of £335,000.

The central former Debenhams store has been converted into a collection of one and two-bed apartments with soaring ceilings, full-height windows, lift access and a glass atrium, called Theodores Place. 11 remain out of 28, from £250,000 with Help to Buy on some units, via William H Brown.

Principle Point comprises 51 one and two-bed apartments, of which two thirds have sold.

Prices range from £230,00 to £360,00, and all homes include swish German kitchens with Siemens appliances, underfloor heating and wall-mounted speakers ready for Sonos wi-fi. Help To Buy’s available, too.

First-time buyers should also take a look at Bridge Road East, a scheme of just four apartments — a studio and three one-beds — in walking distance of the town centre and station and offered with Help To Buy.

Commuting time to Zone 1: From 27 mins to King’s Cross

Schools: ★★★★☆ GCSE and A level results well above average; bulk of state schools judged as outstanding or good by Ofsted

Crime: Below average in all categories

Who lives there? Lots of London leavers; first-time buyers and families

What can I afford on the property ladder?

There’s room for you and a lodger in this two-bed, two-bath first- floor flat. Has an allocated parking bay and a balcony off the living room.

Check it out via Guild Property.

Set within a conservation area, this four-bed semi has been improved and extended by the current owners, who have also converted the garage into a self-contained annex.

Check it out via William H Brown

Check it out via Savills