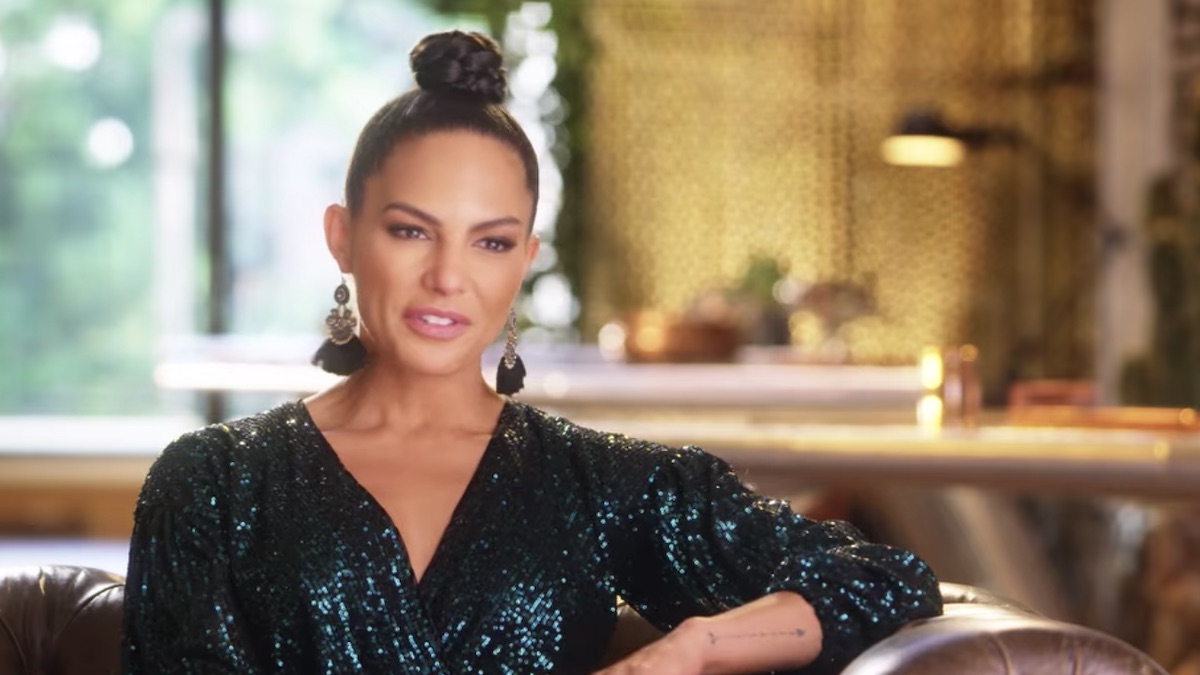 While Selling Sunset has us entertained with its aesthetically pleasing homes and the equally beautiful real estate agents that sell them – it’s taken a serious turn in the story of the newest agent of the group, Amanza Smith.

Amanza has been open with viewers and the hustle she has to provide for her two young children. While she was used to the lavish life of being a football player’s wife, that changed after the couple separated.

Her husband Ralph Brown paid child support for a year and a half but “then stopped.”

She famously said she didn’t clean her own toilets for over nine years then all of a sudden she was scrubbing the toilets of strangers to feed her kids.

From being a nanny to walking dogs, she was doing everything to make ends meet. She found her passion in staging homes and started to sell them to make more money.

Fans were left on the edge

On the show, Amanza revealed she was seeking full custody of the children due to not being able to locate their father.

She explained that since the two have 50/50 custody, she needs his signature for certain things and that isn’t possible since she doesn’t know where he is.

Amanza revealed that the last time she saw her ex-husband was back in August of 2019 when he dropped their kids off at school.

A few days later, she received an email from him that said, ‘My situation isn’t good right now. I can’t financially take care of the children. It’s not safe for them to be with me. You need to keep them until my situation changes.’

While his friends have reached out to her, his family has completely cut them out of their lives. All phone calls, emails, and texts have been blocked without a response.

From the grandparents to the aunts and uncles, they have reportedly cut all contact with her and her children. She admitted that this has been very traumatic for her children and she has been left to pick up the pieces.

Amanza knows Ralph Brown is alive as he recently submitted a change of address to the courts. The address led to a dead end as it was traced back to a P.O. box at a UPS store.

She’s hired a private investigator to assist with the investigation but ultimately hasn’t been able to locate her ex-husband.

Viewers hope for the sake of the young children that he shows up soon.

What do you think happened to Amazna’s ex-husband?

Kelly Clarkson shares the lessons she's learned in 2020 following split from husband Brandon Blackstock
We and our partners use cookies on this site to improve our service, perform analytics, personalize advertising, measure advertising performance, and remember website preferences.Ok