What time is Who Wants To Be A Millionaire? on ITV and is Jeremy Clarkson hosting again?

And now it is back for a second run with the world's most famous petrolhead in charge once again. 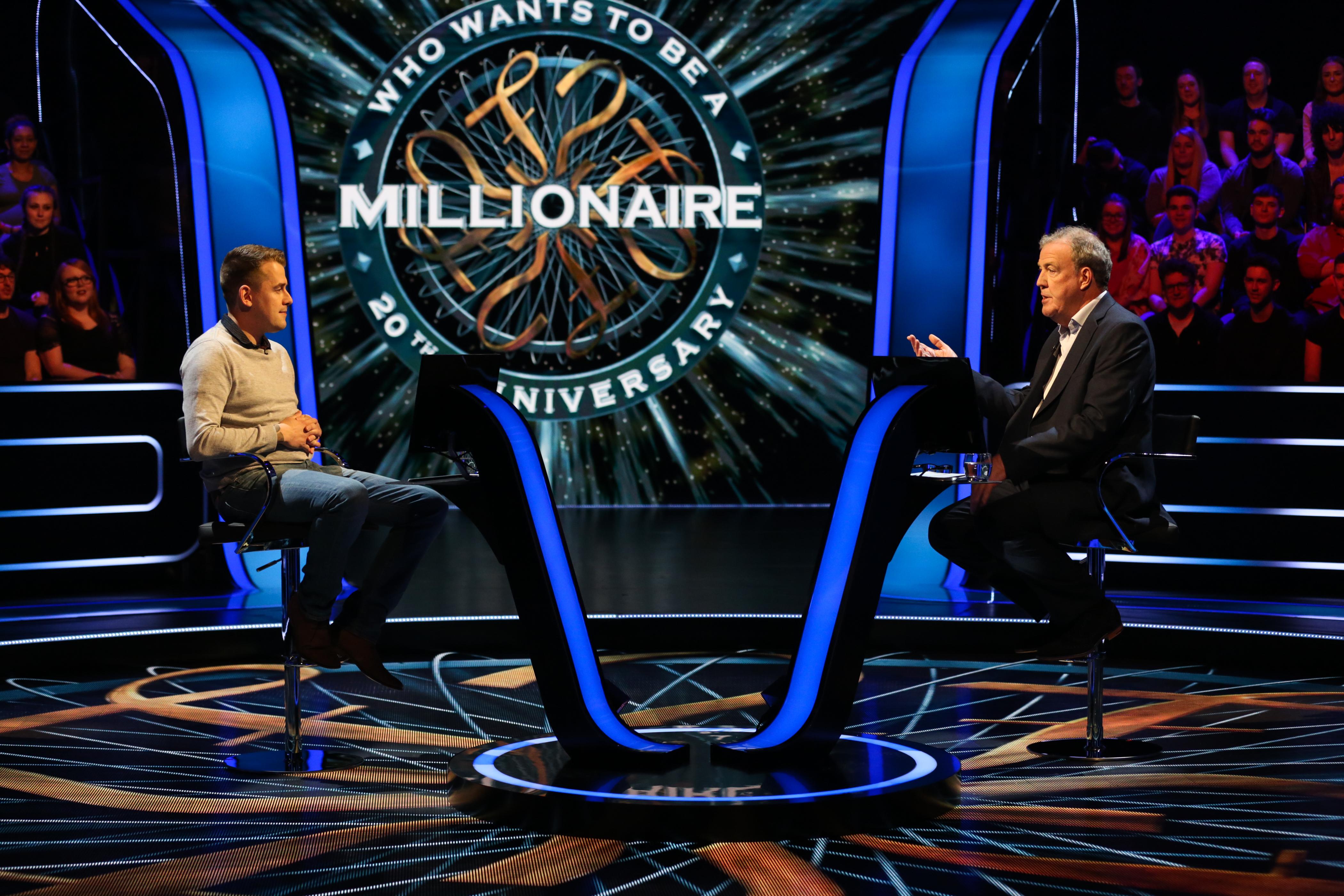 When does Who Wants To Be A Millionaire start on ITV?

Once again Jeremy Clarkson will host the iconic ITV quiz show – which had the nation hooked in the 90s and early 2000s when it first aired.

The show starts at 9pm and airs at the same time each night for six consecutive days.

Tuesday's episode goes up against Luther on BBC One, Amazon: Earth's Great Rivers on BBC Two and The Inbetweeners reunion on Channel 4. The Sun exclusively revealed that Jeremy Clarkson will be presenting Who Wants To Be A Millionaire's reboot.

Jeremy said: "I absolutely loved hosting the anniversary shows and cannot wait to spend a few precious hours away from James May and Richard Hammond, making the new ones."

A TV insider shared: "There was never any doubt that ITV wanted another run of Millionnaire – it was so popular with Jeremy and there's still a massive appetite for more.

"Jeremy is very busy with his other commitments so it was about trying to make it work for everyone, but unfortunately the logistics have all been ironed out and he's agreed to another run."

What is new in the game show?

Chris Tarrant is no longer fronting the hit show and instead, Grand Tour host Jeremy Clarkson will be taking on the job.

Before the trial run of the show, Jeremy said “I have always loved the show and am thrilled to be involved with its rebirth.

"I’m a big fan of quiz shows and I’m looking forward to hosting this iconic TV show and hopefully making a few millionaires!”

The revamped series will also see the addition of a fourth "lifeline", with contestants being given the chance to Ask The Host if they are unsure of the answer.