With the presumption of innocence heading for extinction like the dodo, the number of people damned in ways that nothing can ever be done to restore them to a normal life steadily increases. This is accepted as fair and reasonable by many because a lot of the accused turn out to be guilty (or appear to be). But not all. Take the true story of Alain Marecaux, a French lawyer and father accused of child abuse. Rather than run away and hide, like many do, Marecaux undertook an epic fight through the French courts. The press and his fellow citizens took little interest in whether he was innocent or not, because they believed there was a social issue at stake that was more important than individual rights. Vincent Garenq's film of Marecaux's journey is a harrowing reminder of how the justice system and political movements can sometimes get things badly wrong. Scott Murray 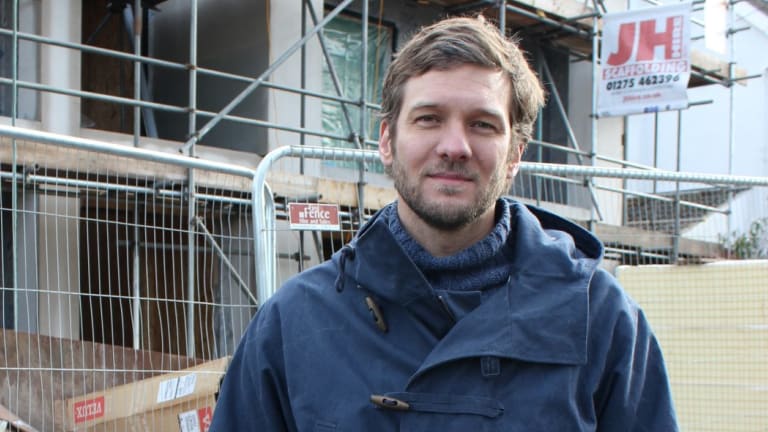 Throughout the 1930s the Belgian fortress of Eben-Emael towered over the Dutch border, a huge and seemingly impregnable armoured beast, dug deep into a hill and bristling with cannon turrets intended to repel any future German invasion. But on May 10, 1940, a small force of German soldiers landed atop it in nine flimsy, fabric-covered gliders and took less than 30 minutes to neutralise the entire thing, opening Hitler's gateway to Belgium and France. The stunning success of the glider-borne assault – the first ever attempted – inspired the Nazis to re-enact it for propaganda purposes, and it's that footage that gives this instalment of History's Raiders a particularly intimate, urgent feel. The series' turn-of-the-millennium CGI is looking dated, but it's still perfectly serviceable in illustrating how everything unfolded. A fascinating episode of a fine series. Brad Newsome

Bugs Bunny is a supremely self-confident rascal who creates danger and drama to prove to himself he is invincible. And if Bugs can humiliate enemies along the way, so much the better. Most people love his wickedness and cheek and outrageous arrogance, but I find him a pain. I keep praying that someone will take him down more than a peg or two – someone like Elmer Fudd, whom Bugs tortures for the sheer pleasure of it. Bugs' behaviour borders on the pathological, but we watch him because he is brilliant, acerbic and insincerely charming. This clumsily-titled compilation of classic Bugs cartoons includes star turns from Sylvester, Tweety and Foghorn Leghorn. However, the politically sensitive have been there first and changed (amongst other sins) Bug's dramatically crucial "So, I'll be a monkey" (in Apes of Wrath) to the idiotic "I'll sell books later". Films should be left alone as time-capsules of what we once were. SM

This week Charlie Luxton is in Norfolk, keeping an eye on a delightful family building a "European-style" home on the site of an old gravel pit. One of the endlessly interesting things about real estate programs from other countries is the insight into local conventions. The whole premise of this show is that in England (apparently) people rarely build their own homes. They buy existing properties, including dreary "new builds", the design of which seems not to have progressed beyond the 1930s. Tonight sweet couple Gavin and Chantal make plenty of rookie errors but never lose their sunny demeanour and eventually end up with a place that may be not especially adventurous in its architecture but is unquestionably packed with character, colour and fun. Melinda Houston