From the righteous indignation of Jon Stewart and John Oliver, to Jimmy Fallon normalizing Donald Trump with a hair ruffle, white men are the traditional leaders of the political talk show circuit. However, in an election year when the talking points belong to Black Lives Matter and other issues of civil rights, some networks have decided to reframe the conversation.

Larry Wilmore, host of Peacock’s “Wilmore,” puts it bluntly. “You’ve had your hosts like Arsenio [Hall], or some other Black hosts who did more entertainment-style shows,” he said, “but you didn’t have a show with a Black cast that competed in the John Oliver-type [space] where it’s supposed to be a smart take on the news.”

“Wilmore,” which debuted September 18, is similar to his Comedy Central series “The Nightly Show With Larry Wilmore,” which launched in January 2015 and ran until August 2016, a few months before Trump’s election. Although the two shows share DNA — guests discuss issues and current events — there’s significant differences, starting with the frequency. As with Oliver’s multiple Emmy-winning program, a weekly schedule means that the show can’t immediately respond to the news of the day and Wilmore said that informs his approach.

“I wanted to make sure that we’re what’s happening as well as [what’s] topical,” he said. “I’m not just reacting to things, I’m guiding the talk.” So far, that’s included discussing police brutality with ESPN journalist Bomani Jones and voter suppression with U.S. Rep. Katie Porter (D—Calif.). Wilmore jokes that when he was doing “The Nightly Show” he was following up Stephen Colbert, who had also transitioned into his own show post-“Daily Show.” Now, Wilmore is taking the leap with a new streaming platform where people can tune in whenever they want.

Launching within days of “Wilmore” was Freeform talk show “Kal Penn Approves This Message.” The veteran actor took a career detour to serve in the White House during President Barack Obama’s first term; now he combines his passions with a talk show to help young (and soon-to-be) voters navigate the political process. Unlike “Wilmore,” Penn said he isn’t partisan; he wants teens and young adults to take an interest in politics, wherever they fall, and doesn’t believe that young people are apathetic to voting.

“Young audiences and young voters don’t have a huge loyalty to either political party… but they care very much about specific issues,” Penn said. “The 2018 midterm elections had the highest uptick in youth vote in decades.” 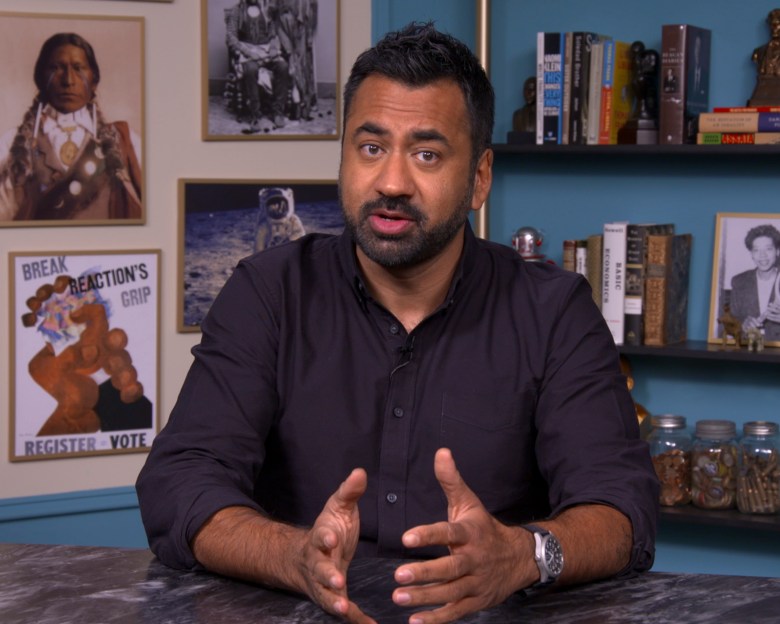 Taking cues from programs like “CBS Sunday Morning” and “Full Frontal With Samantha Bee,” Penn said he brings guests to discuss single issues — like climate change or education — from a non-partisan perspective. It’s not a place for platforms or for raised voices. By cutting back on the dramatic rhetoric, he hopes his series helps tell young voters that their voice matters.

“We have so much power,” he said. “If we didn’t have power, they wouldn’t go to such great lengths to try to make us feel like we didn’t. This idea of cynicism needs to go out the window; it’s exactly what they want. They want you to sit at home and go, ‘Nothing’s gonna change, so why bother?’”

For some, that concept is hard to grasp. When Penn told friends that Hillary Clinton would be a guest, many assumed she’d be there to talk Democratic politics. “It was like, ‘No, we’re bringing her on to about the institutional knowledge she has when it comes to funding education, and how automation is going to impact the future of young people,” he said. “Why don’t we ever talk to people, who we think we know, about things that they know [and] haven’t had the chance to discuss before?”

This approach can lead to surprising revelations. Penn’s first guest was labor leader Dolores Huerta, “a civil rights icon,” he said. “You think you know somebody just based on how much you’ve read about them. She’s a woman who had to have her spleen removed after she was beaten up by the cops after a protest. She’s a lifetime of organizing and registering people to vote. When I asked her what’s the most important thing people can do to impact the process, [I thought] she’s probably going to give me some really complicated answer, and she said, ‘Vote.’ And I said, ‘Okay, but, you know, really what is it?’ She said, ‘No, all of that other stuff is, of course, important but nothing changes unless people vote.’” 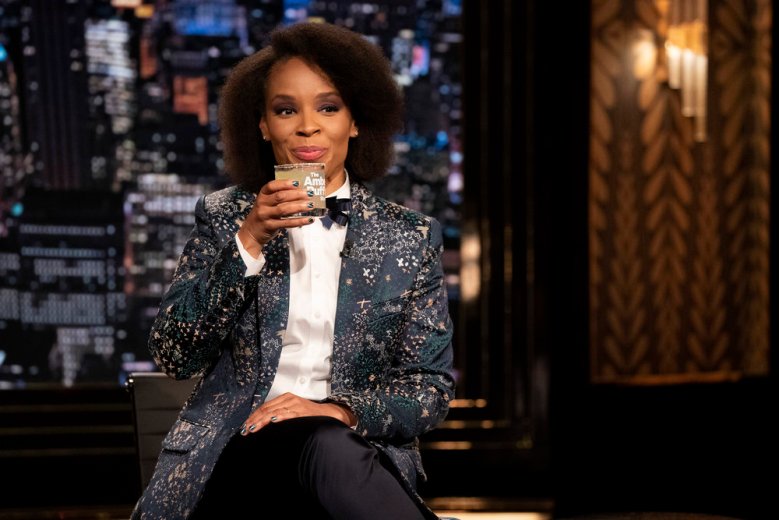 Unlike Wilmore and Penn, writer and comedienne Amber Ruffin puts entertainment first. A longtime writer and sometime performer on “Late Night With Seth Meyers,” her Peacock series “The Amber Ruffin Show” takes a number of cues from her mentor. (Meyers is also an executive producer.) Her weekly half hour centers on Ruffin behind a desk, where she creates news commentary and comedy segments. Unlike Meyers, her show has no guests.

Ruffin is a one-woman band, combining sketches, commentary, and monologues that run the gamut, with characterizations of “the fun aunt” to monologues on how to beat systemic racism. Comedy is at the forefront, but it embraces the political sensibilities inherent in being the only woman of color with her own late-night show. A promo for the show features a pasty white dude, “Brian,” who verbally attacks her for “stealing” his show. (“I don’t even know who you are,” she said. His reply: “Well, you would have, as soon as I graduated from Harvard and they gave me a late-night show.”)

“I’ve always been of the mindset of, ‘How far can I go before they ask me to stop,” she said, adding that she looks forward to being less unique. “It feels a little lonely right now, but I don’t think it will be that way for much longer,” she said. “It’s nice because there’s no expectation of you, so the world is your oyster.”

“The Amber Ruffin Show” and “Wilmore” are streaming now on Peacock. “Kal Penn Approves This Message” airs on Freeform. Russell Wilson Wrote Ciara the Most Beautiful Birthday Message
We and our partners use cookies on this site to improve our service, perform analytics, personalize advertising, measure advertising performance, and remember website preferences.Ok