Who Did R2-D2 Belong To and How Much Does He Remember Throughout 'Star Wars'?

Star Wars is nothing without a good droid or two. But the droids to end all droids is R2-D2. He is such a prominent character, and one of the only ones to appear throughout all nine films. He’s served every Skywalker and was at every single major moment, at least for the first six. But who did that little, sassy droid belong to? Where did he come from? Does he remember everything? Here’s what you need to know. 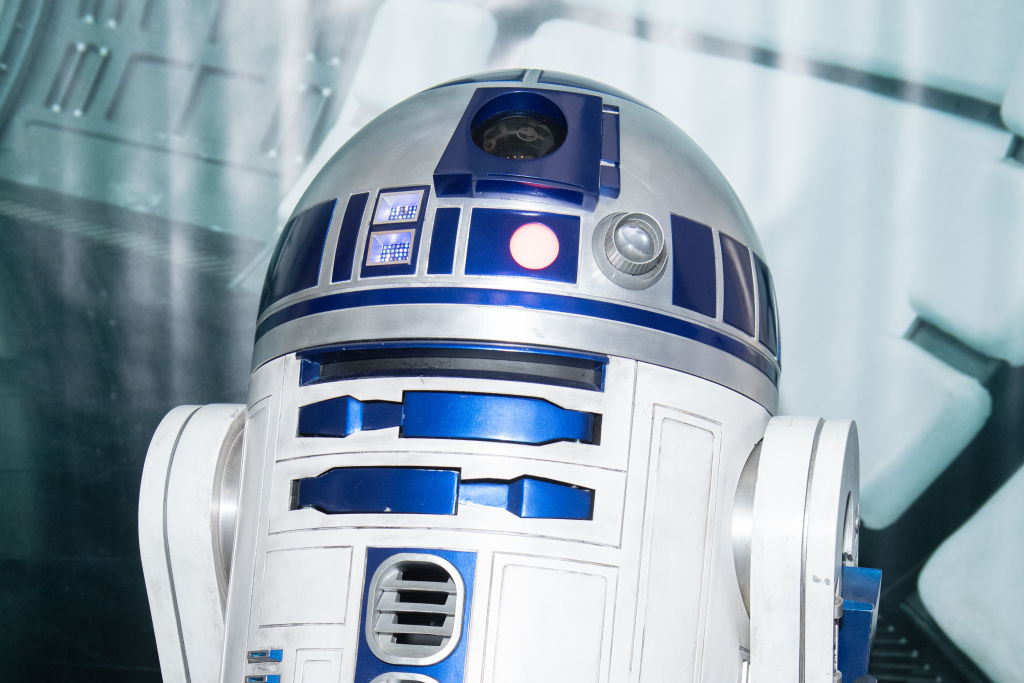 R2-D2 is a character that is so synonymous with Star Wars, that it’s hard to pinpoint who he actually belongs to. There is an answer, of course, about his origin, but he sort of seems to belong to everyone and no one at the same time.

The first time R2-D2 is chronologically seen in the Star Wars universe is in The Phantom Menace as Queen Amidala, as her court is escaping Naboo. He was just one of the astromech droids on her ship, which is typical in their universe. Space travel is tricky and can be dangerous if your ship falls apart at any point in your journey. Because of all the commotion going on, and the Trade Federation shooting at their ship, the shield generator takes a hit, and the astromechs are sent to fix the problem while they’re still flying in space.

Every other droid falls off into space. But not R2. He fixes the problem and makes it back onto the ship to much praise. He ends up tagging along wherever Qui-Gon, Padmé, and Jar Jar go on Tatooine. And that’s how his journey in this franchise starts.

He went on to become a trusted companion to Padmé, through her second term as Queen of Naboo. R2 then showed up with her on Coruscant in Attack of the Clones 10 years later, when she was Senator of Naboo. By this point, R2-D2 is already glued to her side and is the only droid she takes with back to her home planet with Anakin when she has to hide from her assassin.

As you probably recall, he’s such a major component in Padmé and Anakin’s lives. After Attack of the Clones, he leaves Amidala’s presence and sticks with Anakin from thereon out. That’s not without a trade between husband and wife, though, because Padmé keeps C-3PO with her instead. If you’ll remember, he’s the protocol droid Anakin fixed up from the time he was nine. Kind of sweet, right?

Anyway, R2-D2 is Anakin’s partner in crime through The Clone Wars. Ahsoka becomes quite fond of him as well. Anakin is so attached to the droid that he actually risks a lot to save him. Early on in the first season, Obi-Wan Kenobi has to reprimand Anakin for his attachment to the droid, which isn’t allowed within the Jedi. But, Anakin never wipes R2-D2’s memory (which he’s technically supposed to) which means Anakin is forced to find him. Although he’s happy he can.

And beyond the prequel era, R2-D2 is essential in the original trilogy as well. After Padmé’s death and Anakin turning to the Dark Side, R2-D2 goes under the custody of Bail Organa, which is how Princess Leia has him at the start of A New Hope. R2 is the one who brings Ben Kenobi the message from her and helps Luke out. He goes on to take a very similar role in the lives of Anakin’s kids as he did with Anakin and his friends during the Clone Wars.

RELATED: It Was Important That Ahsoka Didn’t Kill Any Clones During Order 66 in ‘Star Wars: The Clone Wars,’ According To Dave Filoni

George Lucas said he’s the narrator of ‘Star Wars,’ the keeper of their stories

Because Anakin never wiped his memories, and Bail Organa didn’t wipe it at the end of Revenge of the Sith, R2-D2 is the only character who remembers everything from the first six movies. He was also there for every major moment. While it might seem like a coincidence, it’s not. R2-D2 is the narrator of Star Wars.

In the book How Star Wars Conquered the Universe by Chris Taylor, George Lucas told animation director Rob Coleman that he had an “ultimate framing device” for the first six films, according to The Independent.

“The entire story of Star Wars is actually being recounted to the keeper of the Journal of the Whills — remember that? — a hundred years after the events of Return of the Jedi by none other than R2-D2,” Lucas said.

This 100 percent makes sense because the original title of the first movie was going to be Journal of the Whills Part 1, told by a narrator. Plus, R2-D2’s character acts like the hero of his own story. As io9 points out, he never makes mistakes, saves all his friends in the nick of time, and is overall the best. That’s not to say he isn’t, but if you’re telling a story you’re a part of, don’t you want to make yourself look like the coolest?

R2-D2 has been around a long time, and has had the craziest adventures. He’s gone through so much sadness too, and lost many good friends. But without him, there’d be no Star Wars.