TO THE world Jamie Dornan is known for his raunchy role playing Christian Grey in the sexy Fifty Shades of Grey movies.

But when he's not busy being a film star, he is devoted husband to wife Amelia Warner. 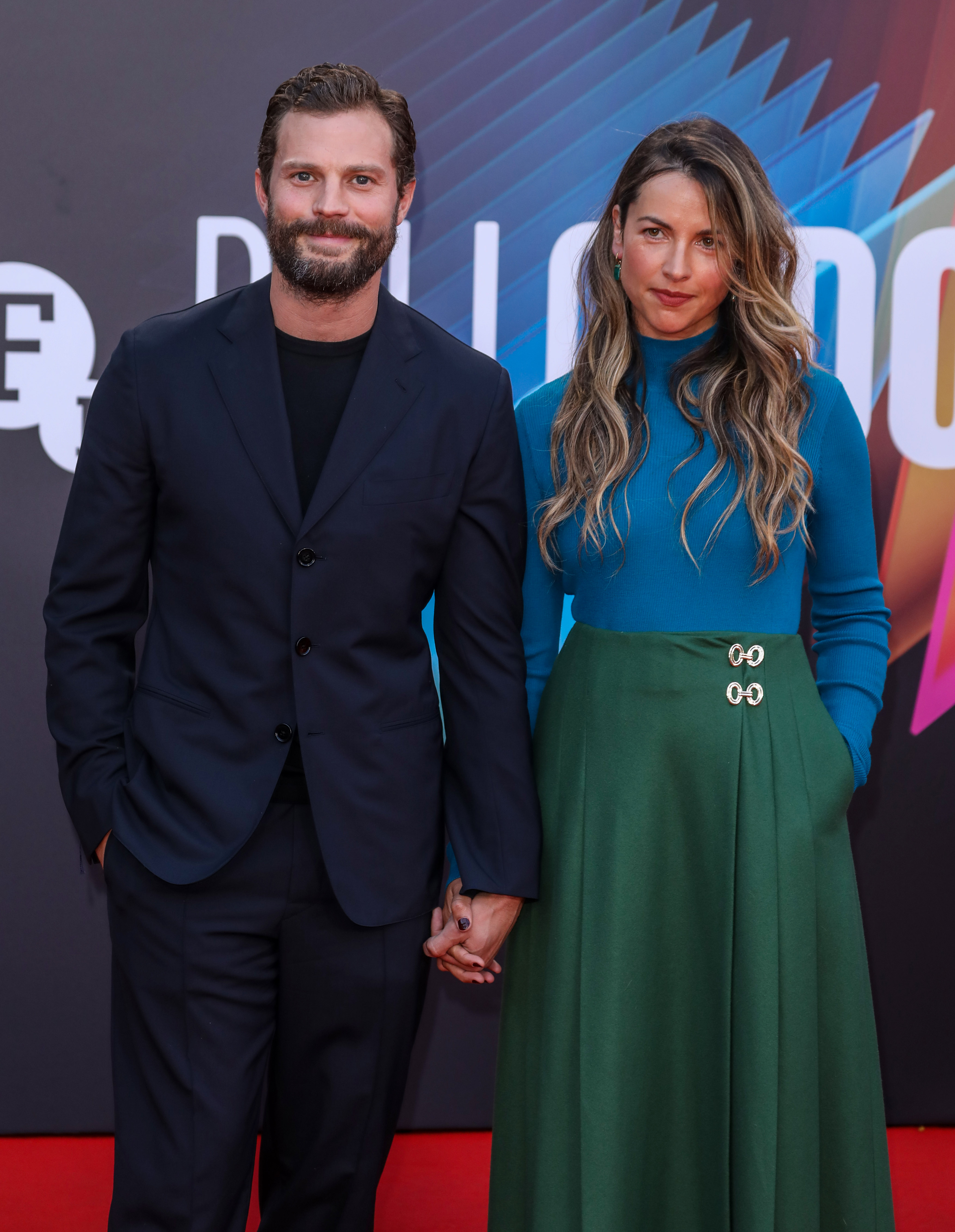 Born on Jun 4. 1982, Amelia is a former actress-turned musician.

Speaking about his wife, who he met in 2010, Jamie previously told the Belfast Telegraph: "I was smitten with her from the start, I really was. I’m more in love with her today than I was at the start."

Randomly she married actor Colin Farrell in a non-legal ceremony in 2002 – but they ended the relationship four months later.

When did they get married?

Jamie has previously opened up about the difficult parts of marriage.

Speaking to the Sunday Times Magazine he said: "We get frustrated at times, usually when traveling with the kids, but we’d never let anything boil and become a thing.

"We know couples who are plate-throwers, but that’s just not us. I’m glad it’s not us – plates are expensive …"

Jamie and Amelia have three daughters.

Speaking about being a dad, he also told the Sunday Times Magazine: "Being a dad is the best. I feel a healthy and lovely duty to provide for my kids, and I really like it. It suits me. Making my kids happy is a good thing for my wife and me to be driven by."

The couple like to keep their family life private, and Amelia previously told the Independent: "Nothing has really changed in our lives since Fifty Shades.

"The biggest change for us was having kids. We now live in the Cotswolds, rather than London.

"We are very removed from all the hype. I don’t see that stuff in the papers."