Vikings season six, part two was the final instalment in the saga and it saw Kjetill Flatnose (played by Adam Copeland) split from the rest of the group. They were forced to flee the new land after Kjetill threatened to kill anyone who touched the whale that had washed up on his plot. The show’s creator, Michael Hirst, spoke exclusively to Express.co.uk about Kjetill’s drastic turn.

Why did Kjetill Flatnose go mad in Vikings?

Kjetill was introduced in season five of Vikings and he helped Floki (Gustaf Skarsgård) lead an expedition to Iceland.

However, he did not agree with Floki’s leadership and resorted to violence to get his own way.

Fans had already seen he was capable of killing innocent people, and they thought the new land was driving him crazy in some way.

They believed some sort of unnatural force could have been altering his perception of rational behaviour.

In his final scene, he was seen sitting on top of the dead whale, screaming for people to bow down to him as king. 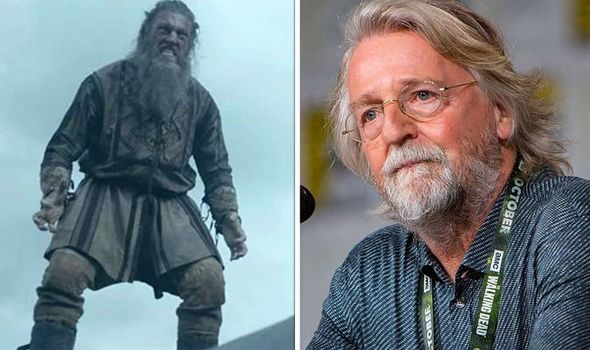 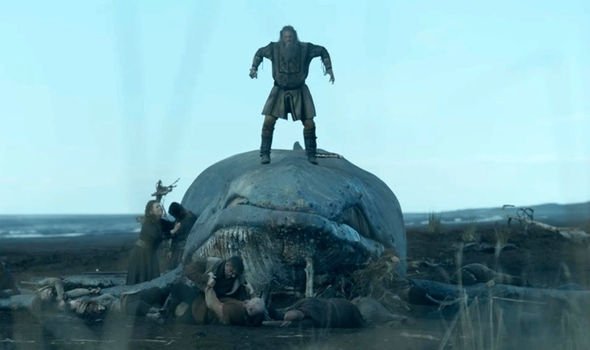 Michael Hirst opened up about Kjetill’s character, who was played by professional wrestler, Copeland.

He told Express.co.uk: “Adam Copeland came on board and he had this role and I wasn’t sure where it would go.

“I wasn’t sure how good he would be as an actor, partly because wrestling is a theatrical sport.

“He was very good at trying to be extremely genuine and kind and intelligent.

“I remember when he received the final scripts when he kills the other family, and he was in shock.” 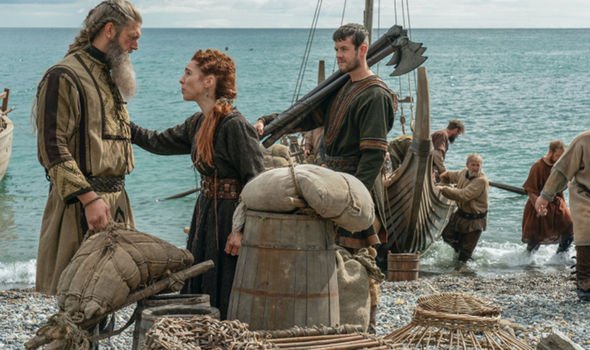 Hirst convinced Copeland to continue to play the family man so fans would not suspect the sudden twist of events.

“He said ‘do I need to factor that into my performance?’ and I said ‘absolutely not, you stay how you are’ and he did that fantastically.”

“What he said was ‘I just wanted to say thank you for my final scenes, you gave me this amazing character and it just felt right that he ended up sitting on a whale screaming that he was a king.

“But of course, being a king of nothing.” Hirst reiterated that Flatnose turned mad because of his overwhelming desire for power. 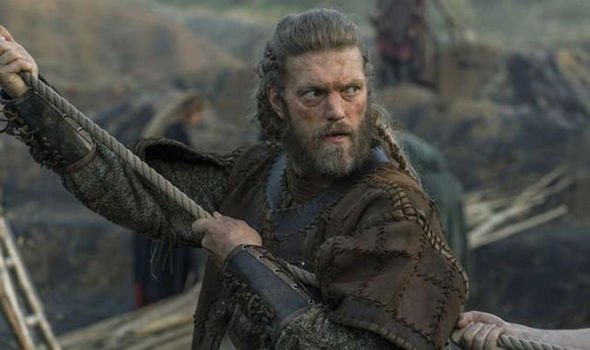 When he first travelled to Iceland with Floki he was determined for the whole group to get along.

But fans soon realised he was only interested in his family, and later on, only himself.

The hunger for leadership caused him to turn even more selfish and blind to the needs of others.

Actor Copeland is on Instagram and he shared a photo of himself as Kjetill standing on top of the whale.

He said the role had been a “massive challenge” but it was an “absolute blast” and an “amazing experience”.

Fans said his character had been a “complete savage” in Vikings and they enjoyed his storyline.

At the end of the series, Kjetill and the rest of his family were left abandoned after Ubbe (Jordan Patrick Smith), Torvi (Georgia Hirst) and Othere (Ray Stevenson) fled.

Viewers can only presume he and those who chose to fight with him survived on what resources they had left.

They took to Twitter to share their thoughts on his character, with one joking: “The last thing I ever thought I’d see was @EdgeRatedR standing on top of a beached whale looking like a straight psychopath! You killed it in your role as Kjetill Flatnose, dude! #vikings”

Another said: “There needs to be a Vikings spinoff chronicling Kjetill’s life after being abandoned. Plus, I want to know what they did with the whale.”