Why do fans think actor Carlos PenaVega is a Trump supporter?

FANS of Carlos PenaVega believe he is a Trump supporter due to his Instagram.

The Big Time Rush member was flooded with comments on his social media pages from fans demanding answers as to why he apparently supported the president. 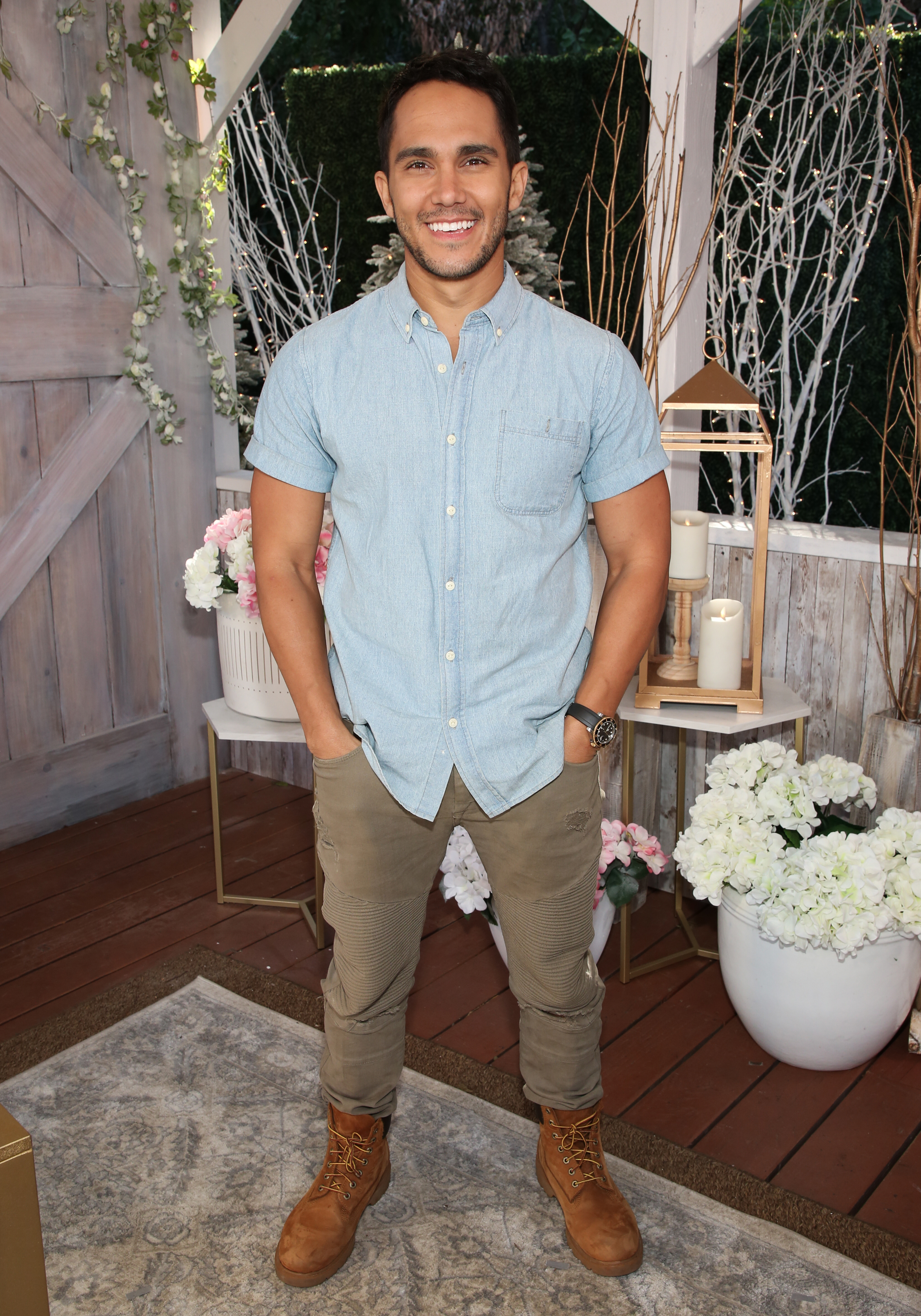 Does the actor support Trump?

While Carlos PenaVega, 31, has yet to confirm if he supports President Trump, fans believe he does because he follows him and his administration on social media.

Many have been criticizing the Nickelodeon star for supporting Trump as a member of the Latinx community.

One Twitter user said: “Y’all need to stop simping over a trump supporter @TheCarlosPena what a damn shame on the LatinX community.” 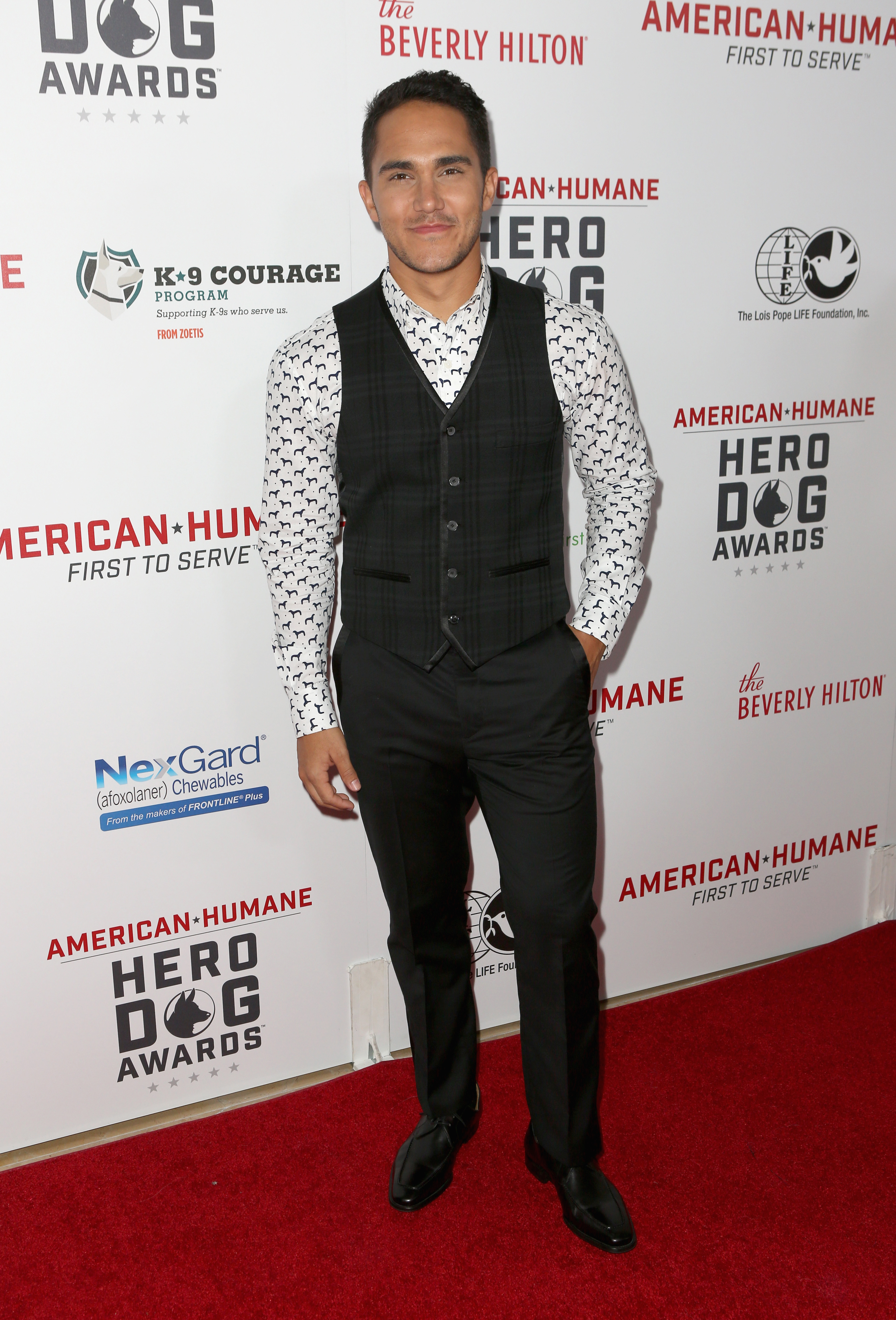 During the 2016 presidential election, Trump won 28 percent of the Latino vote, according to exit polls conducted by Edison Research for the National Election Pool.

Some of his Latinx supporters even have a group called “Latinos for Trump” and gather at all of his campaign rallies. 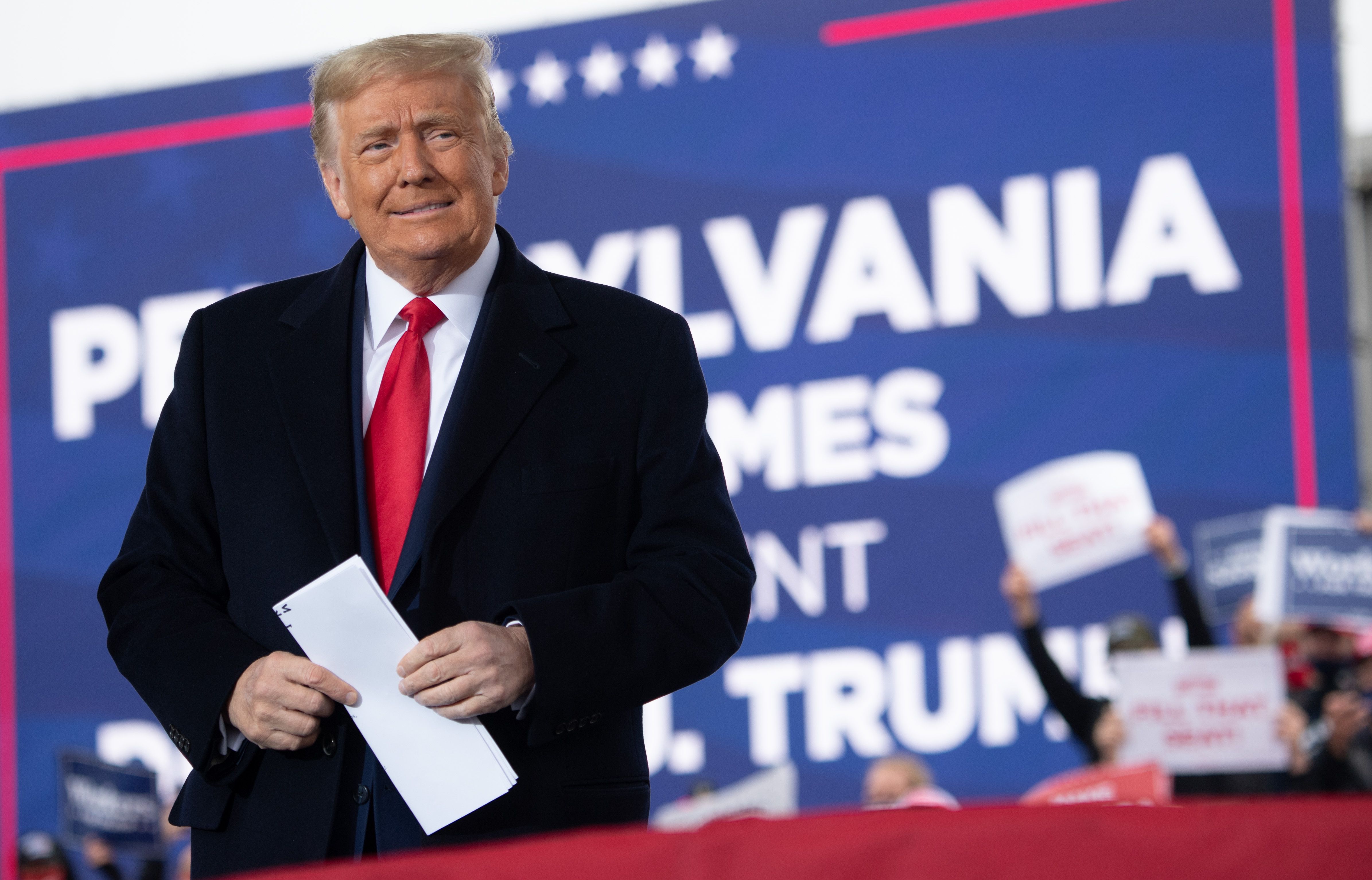 Many social media users expressed confusion at PenaVega’s support of Trump considering the president has openly called Mexican’s “rapists” as well as other shocking names.

Another Twitter user added: “aren’t you latino? how are you also gonna be a trump supporter, like pick a struggle.”

Is PenaVega part of the Latinx community?

PenaVega was born in Missouri but his father is Venezuelan and has Spanish descent and his mother was born in the Dominican Republic.

He was raised in Weston, Florida prior to moving to Los Angeles to pursue a career in acting. 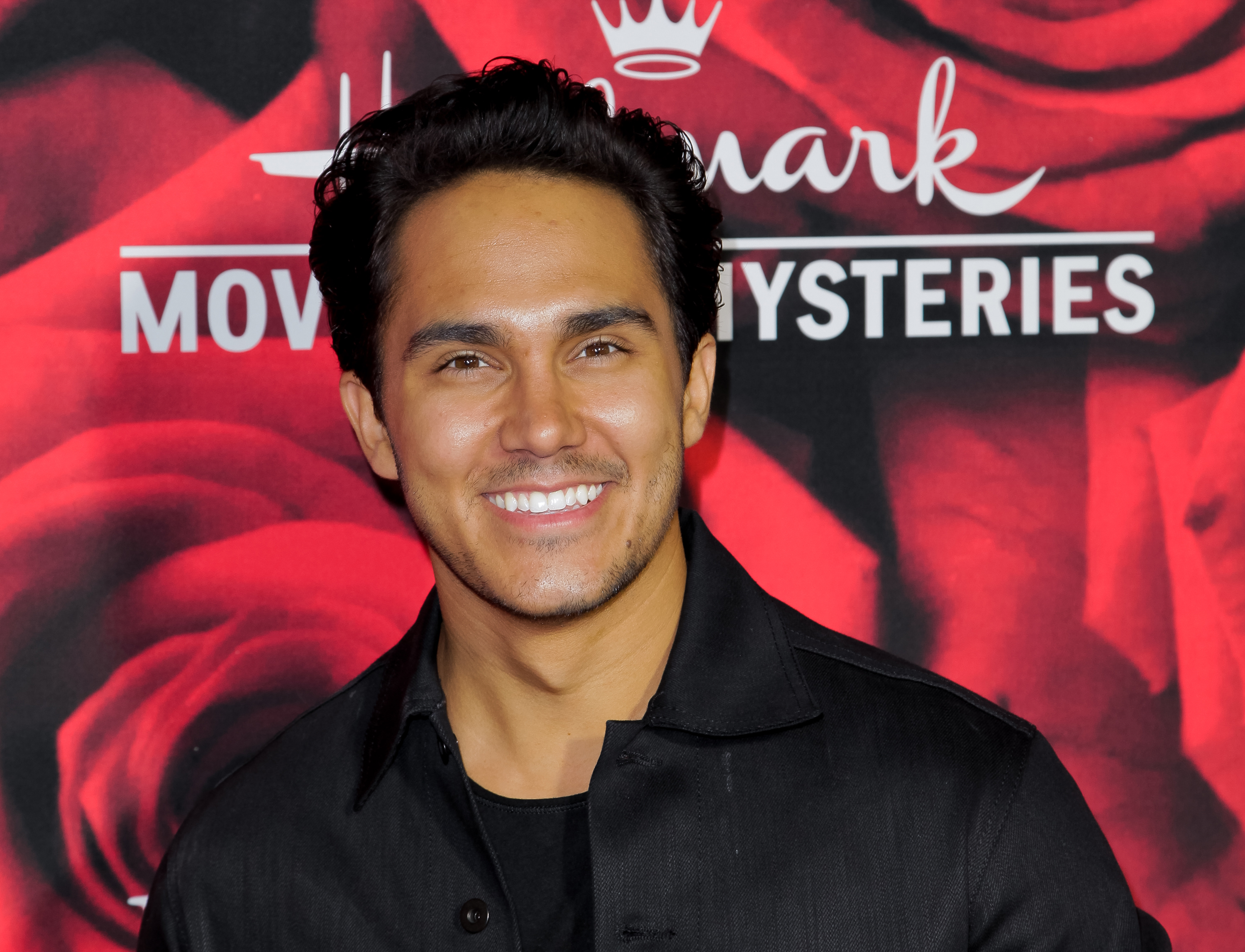 Aside from Twitter, fans have been commenting on PenaVega’s latest Instagram photo begging for answers about his choice for the presidential election.

“Pls tell me you’re not a trump supporter.” said one Instagrammer.

Another added: “Latinos living in hawaii who most likely don’t know the history behind what happened and support trump??????” 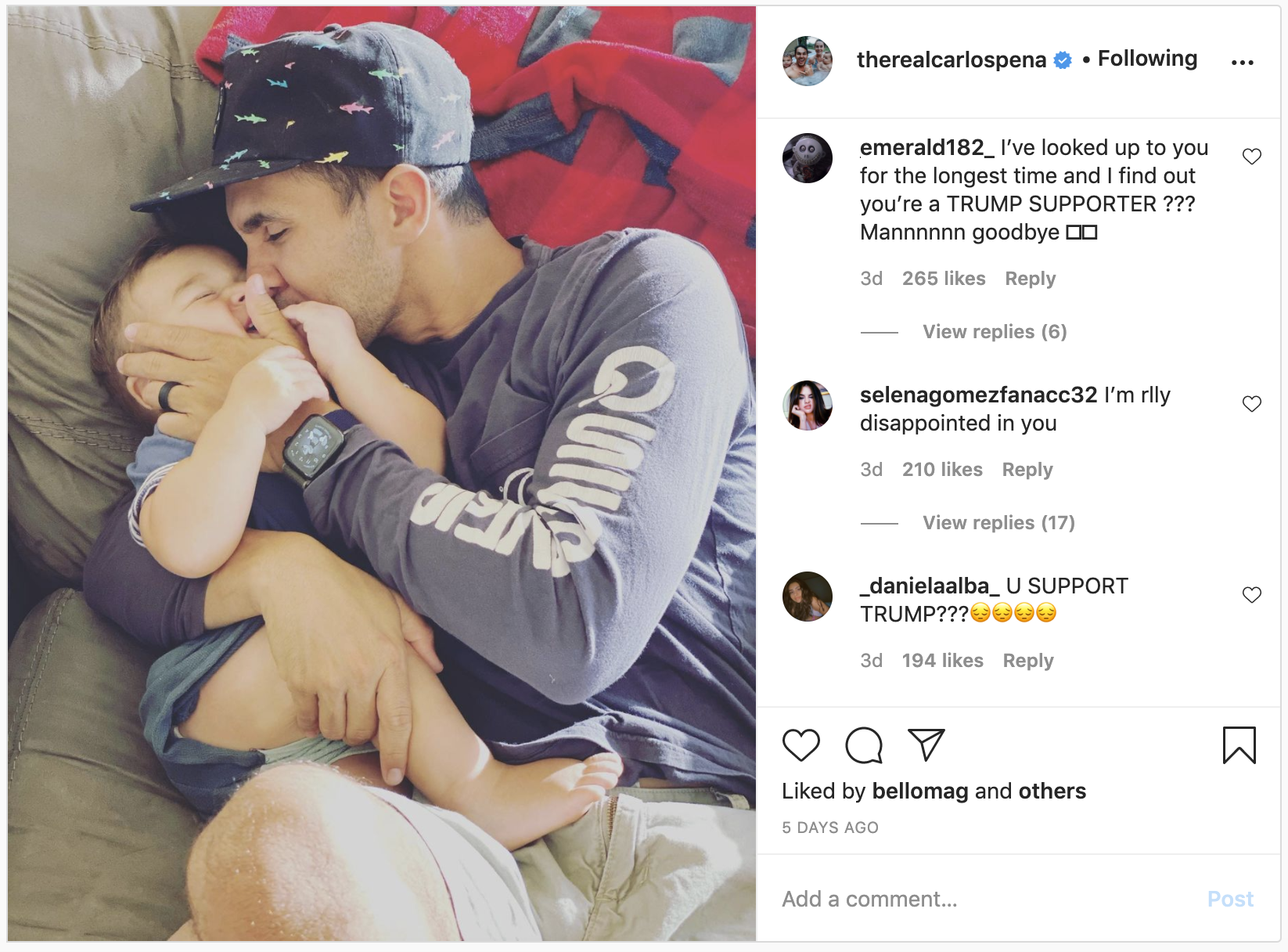 Others told the actor that they felt disappointed in him for following the President and his administration on social media.

“Im rlly disappointed in you,” commented a fan.

PenaVega has yet to address who he supports or respond to any of the assumptions made by fans. 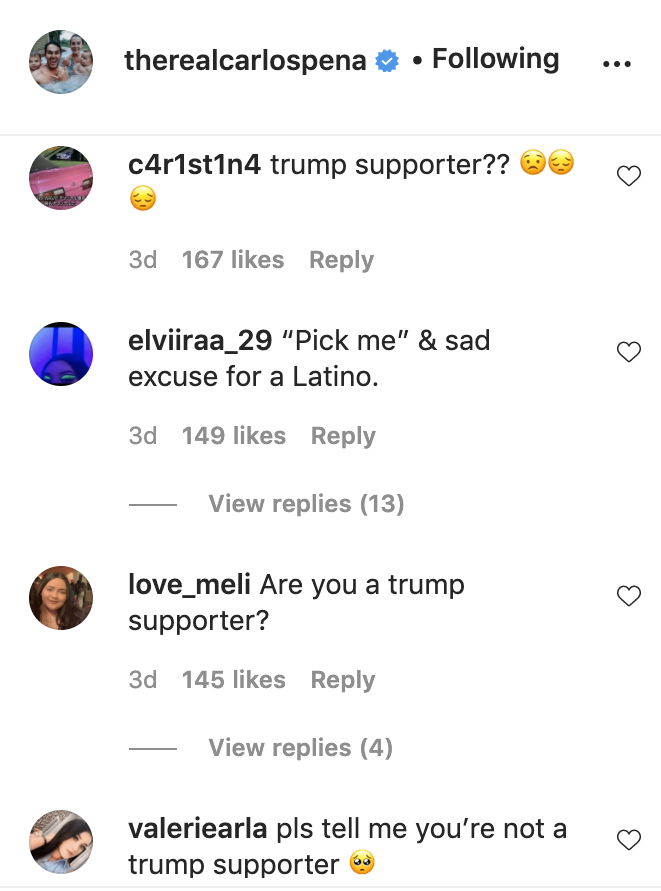 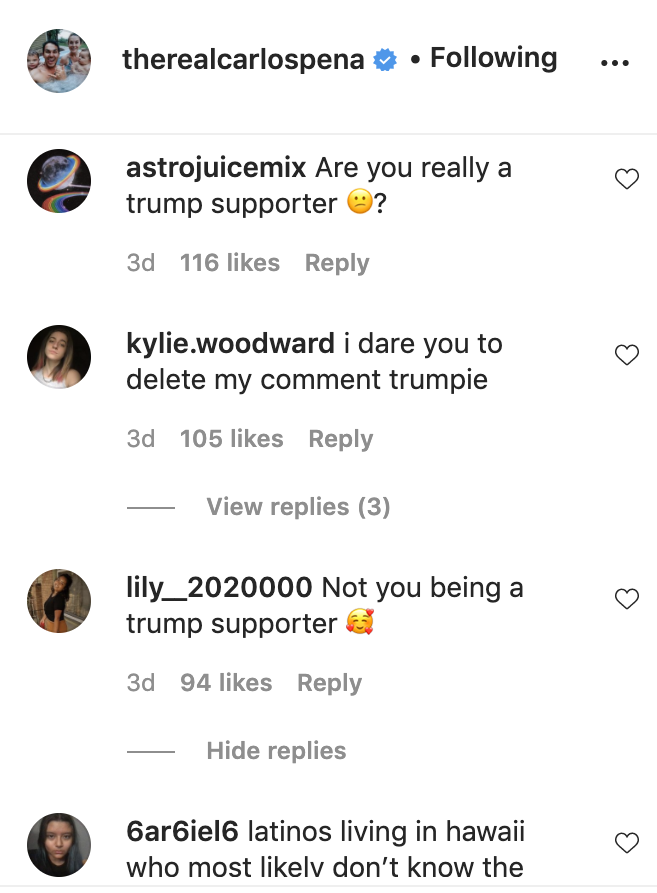 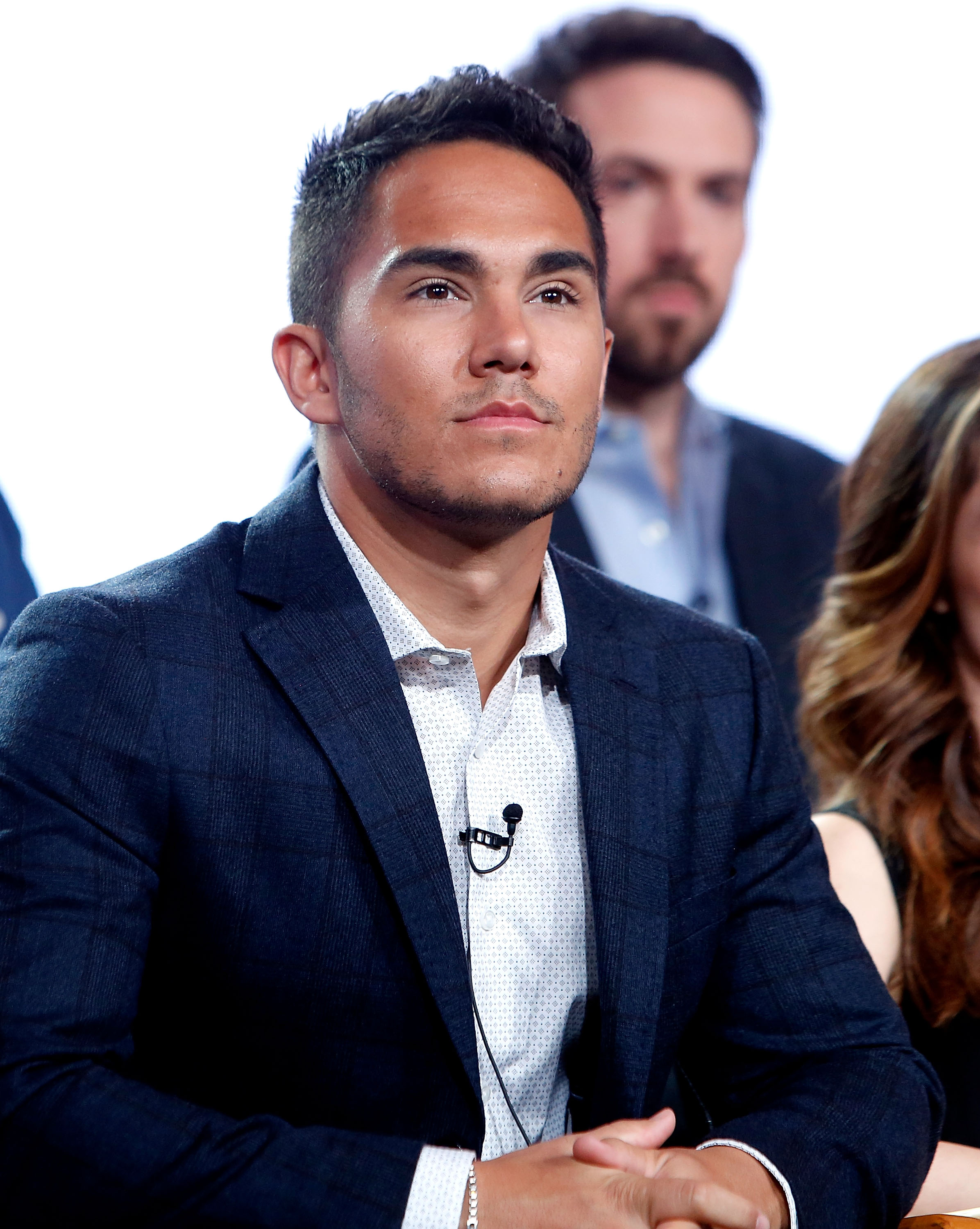