Max Lord certainly has a Trumpy vibe to him, but the comparison is not perfect 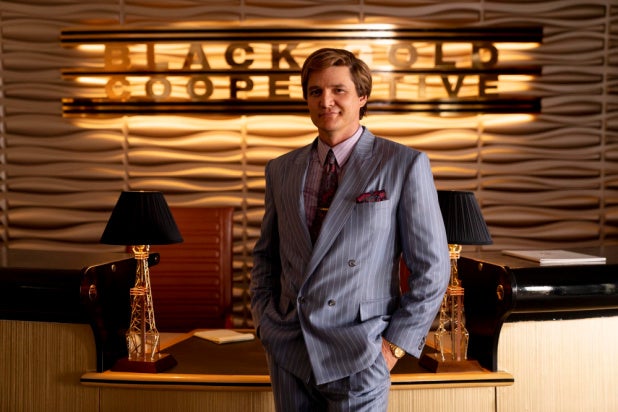 Despite a ton of material to mine, over the last 4 years major Hollywood movies have generally avoided villains who seem like direct analogs for Donald Trump, mainly due to fear of alienating people who voted for him. But there’s a feeling among some that maybe “Wonder Woman 1984” is an exception to that rule, that maybe the DC Comics film is giving us a truly Trump-ish baddie.

It’s a valid question. Like Trump, Max Lord (Pedro Pascal) is con artist of a businessman whose successes have largely been smoke and mirrors. Like Trump running for president, Max goes to rather extreme lengths to grant himself some measure of legitimacy. And like Trump, Max seems like an extremely annoying person.

“It’s interesting because when we shot it, we didn’t really think about it until we got to the White House [scene]. And then we’re like, ‘Hmm,’” she said in an interview.

Gadot also said that, if there was a specific inspiration for Max Lord’s characterization in “Wonder Woman 1984,” it’s Gordon Gekko. That’s Michael Douglas’ character from “Wall Street.” While there’s certainly a bit of Trump in Gekko — what businessman bad guy in a movie in the ’80s wasn’t at least slightly inspired by Trump — the main inspiration for this character come from a couple other notorious, shady 1980s businessmen.

So let’s talk about Gordon Gekko for a minute.

As seen in the Oliver Stone film, Gekko is, for all intents and purposes, a completely self-actualized, proud villain who openly brags about his villainy.

This is most evidenced in the famous “Greed Is Good” speech. Gekko, you see, made his fortune through a combination of insider trading and the hostile takeover of companies which he then destroyed through mass layoffs and selling them off piece by piece. He justifies his actions as a form of Darwinian capitalist brilliance, and in a speech the stockholders of a company he’s trying to take over, he says the following:

“Greed, for lack of a better word, is good. Greed is right. Greed works. Greed clarifies, cuts through and captures the essence of evolutionary spirit. Greed in all of its forms — Greed for life, for money, for love, knowledge — has marked upward surge of mankind. And greed, you mark my words, will not only save [the company], but that other malfunctioning corporation called the USA.”

Gekko’s entire thing is basically doing whatever he can to benefit himself without a thought to who it hurts, including his friends, and he’s is only brought down after one of the people he betrayed turns on him and gets them both arrested.

A lot of people assume Gekko is based on Trump. And it’s true they have some similarities: Most notably, as seen by how many times Trump has suddenly ‘failed’ to know close associates who got in trouble doing illegal things on his behalf, he shares Gekko’s utter lack of loyalty or faithfulness.

But Trump’s whole thing is real estate (and leeching off his father), while Gekko is a stock broker and corporate raider. In fact, Gekko was actually based on a couple of different 1980s one-percenter sleazeballs:

Asher Edelman, who in one of the most 1980s moments of all time taught a Columbia University business course using Sun-Tzu’s “The Art of War” as a text book.

Michael Milken, who helped develop the concept of “junk bond” trading that would eventually become one of the primary causes of the great recession. He was convicted of insider trading and racketeering in 1989, after being snitched on by one of his close associates, Ivan Boesky, and served 22 months.

And Boesky, who prior to his 1987 arrest was one of the stars of the 1980s Wall Street scene. The commencement speech he gave to the University of California, Berkeley school of business the year before his arrest was the primary influence for the “Greed Is Good” speech.

Now, it’s important to point out that Max Lord is very different from both Trump and Gekko in one super important way: His vulnerability. Whereas Gekko and Trump and pure villains, “Wonder Woman 1984” humanizes Max by making his son his key motivation. He wants to succeed so that he can set his son up for life.

That’s pretty far removed from the reality of Donald Trump, since it’s nearly impossible to imagine Trump being that concerned about the well-being of Don Jr.