Survivor Series 2018 is just days away, and we had an absolutely stacked card going into the event.

The hope was that even without much gold at stake,the pay-per-view would get us back on track after the WWE’s recent troubles in Saudi Arabia. 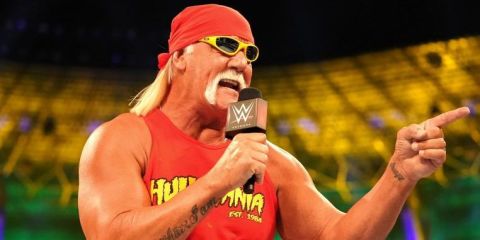 But less than a week before the big event, the entire event has been turned upside down after one of the most eventful episodes of SmackDown Live in history.

1. Daniel Bryan is your new WWE Champion and will face Brock Lesnar at Survivor Series 2018.

We’re not going to lie, we NEVER saw this one coming.

Daniel Bryan has stumbled somewhat since his surprise return to in-ring action, coming out on top on most of his feuds, but missing out whenever there was gold at stake.

He lost to AJ Styles on SmackDown Live before the champ defended his belt against Samoa Joe in Saudi Arabia, and it seemed like he was ages away from another challenge.

But then last night happened.

As AJ started to hype his rematch against Brock Lesnar, the Beast’s Advocate appeared and needled the champ by suggesting he wasn’t quite as Phenomenal as one Daniel Bryan.

Styles wasn’t best pleased by this, bringing up his recent victory against D-Bry, who then came out and instigated a brawl with AJ.

That led to Paige setting a surprise title defence at the end of the show, and what happened there shocked the WWE Universe.

A hard-fought contest took a turn when Bryan dodged a Phenomenal Forearm, leaving the referee knocked out.

The Yes! Man took advantage of the situation to hit AJ Styles WITH AN INTENTIONAL LOW KICK, finishing the job with a running knee to become your new WWE Champion.

He then gave AJ a post-match beatdown to warm up for Brock Lesnar and show that he’s certainly not the Daniel Bryan we knew and loved.

2. Becky Lynch is OUT of Survivor Series 2018 and Ronda Rousey will now face Charlotte Flair

Becky Lynch made one hell of an impact when she led the invasion of Monday Night Raw last night.

Unfortunately, so did Nia Jax. With Becky Lynch’s face.

A broken nose is one thing, but a concussion is quite another, and despite still champing at the bit to take on the Rowdy One, the WWE medical staff won’t let her compete.

So the biggest match of Survivor Series 2018 with the best build, featuring the best wrestler of 2018 is OFF.

Fortunately, Becky hasn’t had to relinquish her championship, but she did have to pick a replacement for this Sunday’s match.

And there was only going to be one option.

Her long time friend/rival/friend Charlotte Flair is stepping into her boots to face Ronda Rousey.

A match many forecast as a future WrestleMania main event is coming early, and although we’re sad that we’re missing out on Lynch/Rousey, this will certainly do for now.

Remember all that talk about Jeff Hardy’s imminent retirement, or at least a long time on the shelf?

Word on the street was that he was busted up from one house show Swanton Bomb too many and a punishing feud with Randy Orton, and needed a serious break.

But this is Jeff Hardy, people. Don’t believe a word of it.

It feels like he’s had even more matches and screentime since that feud (and he’s still on the house show circuit, too).

And now he’s earned a spot on the Survivor Series SmackDown team.

Even before Daniel Bryan’s shocking WWE Title win, Paige ruled that it wasn’t exactly fair that he was on the team given that he was having another shot at the championship.

And Jeff Hardy’s overcame a valiant effort to beat Andrade ‘Cien’ Almas and earn a spot from impressed team captain The Miz.

It’s a big ask against the likes of Braun Strowman, Drew McIntyre and Bobby Lashley, but SmackDown have a bit more charisma from their enigma going into the Survivor Series 5 v 5.

4. The Miz needs to watch out for Randy Orton on Sunday night

Buoyed by his solo captaincy, The Miz looked to underline his authority by bumping Rey Mysterio from the team.

He challenged the 619-er to a 1v1 match to keep his spot, and much to Miz’s annoyance Rey did just that with a cheeky rollup just when it looked like he might go down.

Rey’s good fortune continued as he dodged a post-match attack from Randy Orton, but The Miz wasn’t so lucky.

He ate a post-match RKO, and with Randy continuing not to give a damn about anything, we got to thinking about Sunday.

Without a belt and without a spot in the Survivor Series team, Randy Orton is a Viper with nothing to do.

We certainly wouldn’t bet against him getting involved though, and with this attack on The Miz, some interference in the 5v5 match seems most likely.

What did you think of SmackDown Live? Let us know at @digitalspywwe. James Packer is spotted onboard his luxury yacht in Mexico
We and our partners use cookies on this site to improve our service, perform analytics, personalize advertising, measure advertising performance, and remember website preferences.Ok