There’s been a last-minute change to The X Factor judging panel. But don’t worry, they’re keeping it in the family.

Well, one of them is, at least.

Robbie Williams has taken to the world of TV talent contests like a duck to water, but he took a well-earned break tonight and went and sat in the crowd.

Instead, he invited his dad Peter Williams to sit in for an act and do his job for him!

“Wembley would you please welcome my dad, Peter,” announced Robbie.

“I’m just going to sit in the crowd for a bit.”

His opening words? “So tell me who you are then?” 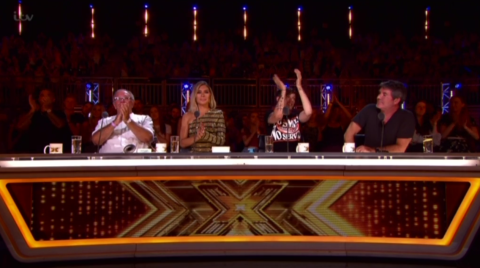 Quite the opening gambit, but Hull trio Tre Amici weren’t taken aback and launched into an impressive rendition of opera classic ‘Nessun Dorma’.

However, spotting an opportunity for a bit of drama, Simon decided to stop the three friends mid-performance.

“I don’t want to be rude, I’ll tell you what I think because I’ve worked with groups like this before,” said the pop mogul.

“The one in the middle, Leroy, you’ve got the voice. Can I hear you sing it on your own?”

“Oh don’t do that!” chastised Robbie from the crowd, before attempting to start a chant of “evil man, evil man”.

Reluctantly, Leroy obliged and bellowed a few lines but soon decided against it, saying: “I’m sorry, I can’t do it.”

Ultimately, the move turned out in their favour, with Pete declaring: “That has been the best we’ve seen so far. Well done. You stuck together and it paid off.”

“You were so loyal throughout and it’s paid off, so well done,” agreed Louis. 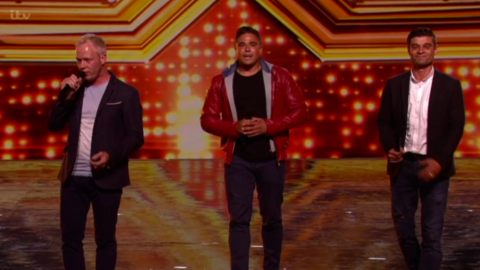 “That’s the most heart I’ve seen in the whole competition,” added Ayda.

“You truly are three friends.”

In a stunning turn of events, Simon admitted: “You know what, maybe I was wrong…

“You really are friends aren’t you.”

What a truly wholesome bit of family telly.