WHEN Detective Constable Andy Laptew looked into Peter Sutcliffe's eyes, he was sure he'd met the Yorkshire Ripper.

It was July 1979 when Laptew spoke to Sutcliffe at his home in Heaton, West Yorks., and 10 women had already been brutally murdered – but another three would be killed after DC Laptew's suspicions were ignored. 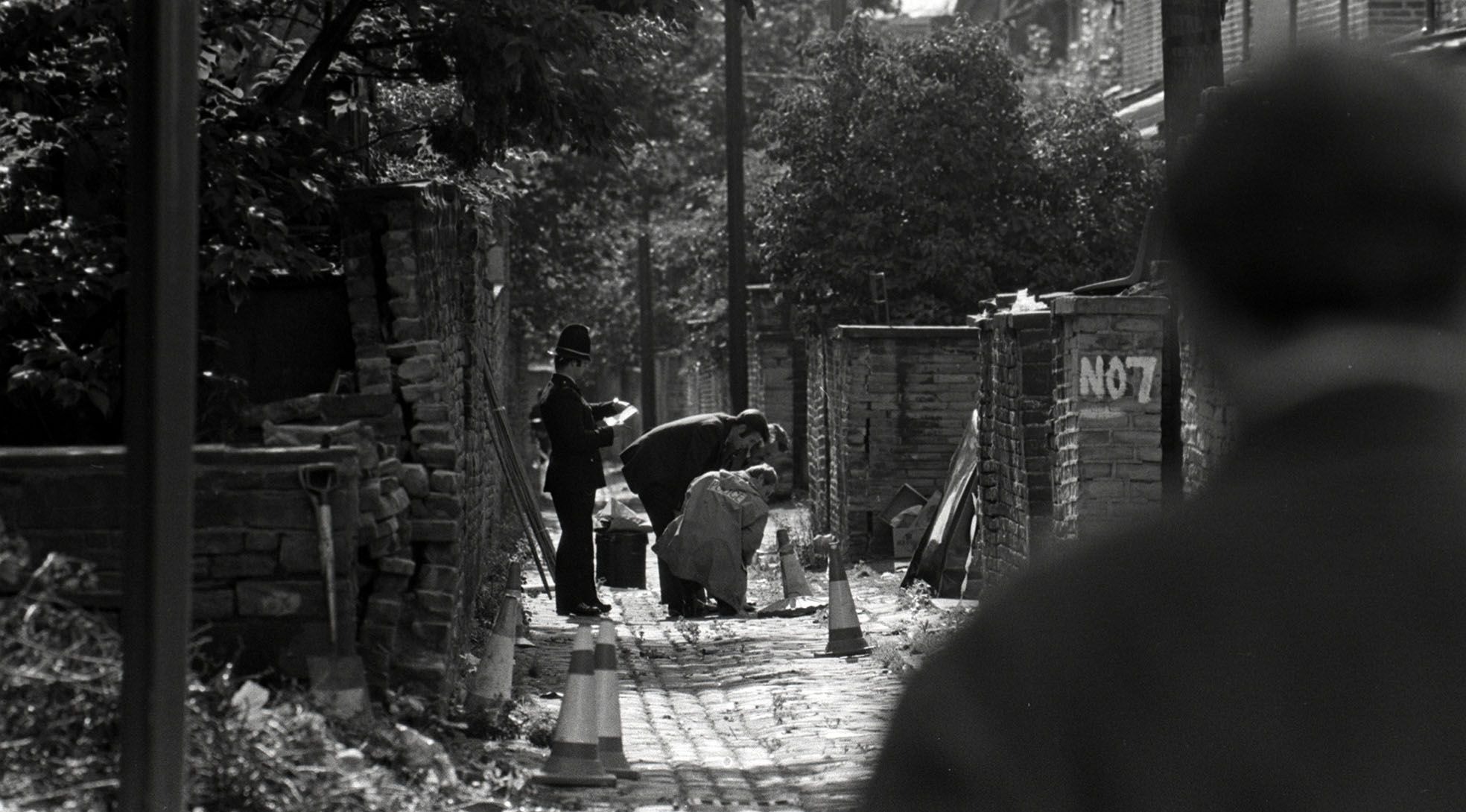 A catalogue of mistakes on the part of West Yorkshire Police ultimately meant Sutcliffe, who died last month, managed to evade justice for years, even after being spoken to by cops nine times.

And it was only incredible good luck that finally led to his arrest in January 1981.

By that time, Sutcliffe had claimed the lives of 13 women and injured at least nine more, with authorities interviewing 40,000 men in a bid to unmask the notorious serial killer.

In a new Netflix documentary, The Ripper, Laptew recalls the sickening moment he was told Sutcliffe was finally found to be the man they'd been hunting all along – two years after reporting his suspicions to superiors.

"When I heard it was Peter William Sutcliffe, it was like somebody hitting me in the chest from the inside," Laptew says in the documentary.

The four-part series delves into how Sutcliffe managed to make a mockery of justice for so long– with even his workmates calling him 'the Ripper' before his arrest.

Chilling encounter with a killer

When Laptew heard a man called Peter Sutcliffe had been arrested for the Yorkshire Ripper murders, he immediately recognised the name.

He was brought into the Ripper investigation in 1976 a year after it began when Wilma McCann was found stabbed to death near her home in Leeds. 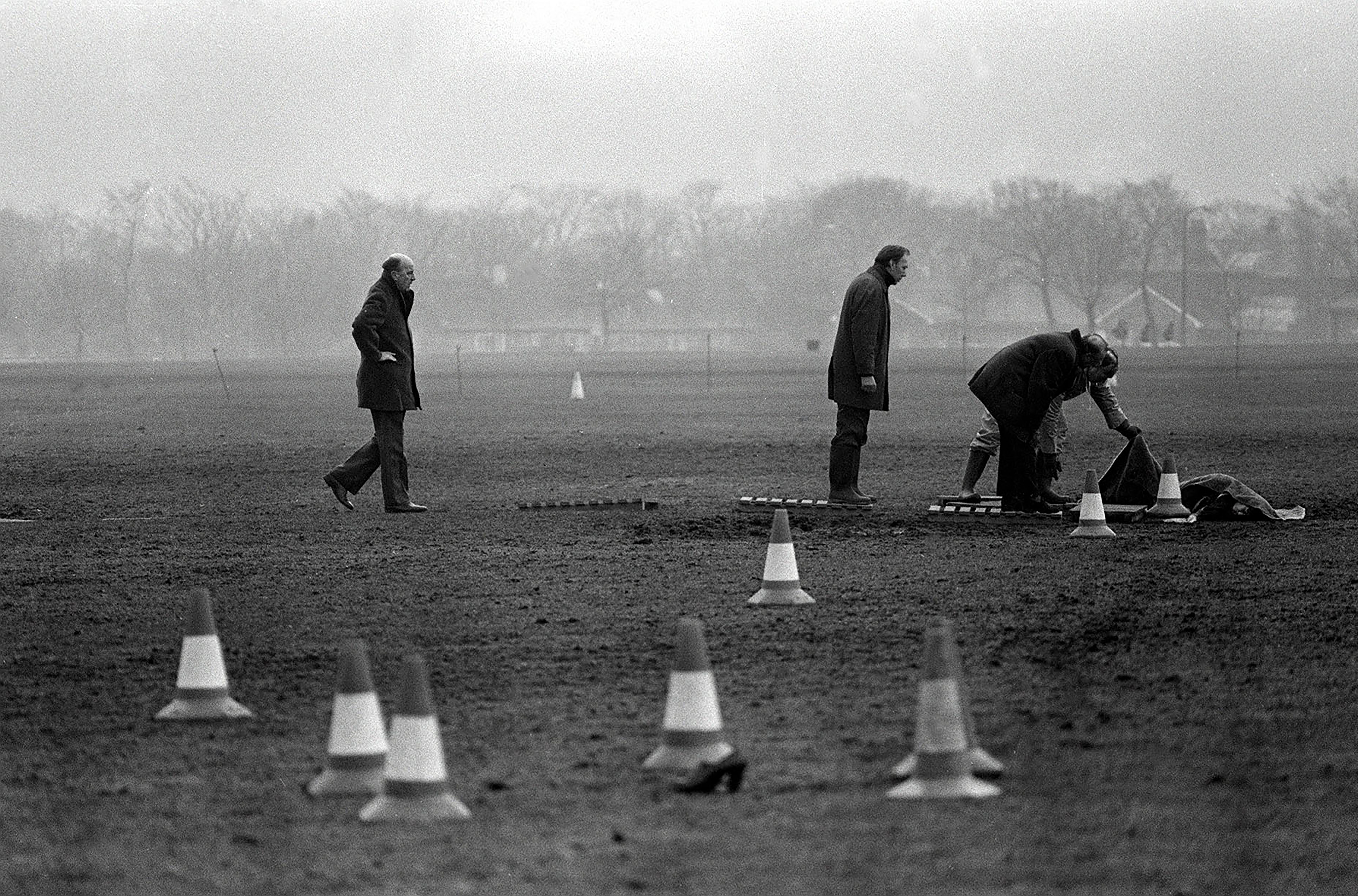 “I got into my car, went up to the police station, into my locker, and dug out my old notebooks," Laptew says in the documentary.

“I looked it up and found it: ‘Peter William Sutcliffe, interviewed, not satisfied’.”

On July 29, 1979, Laptew had travelled to Sutcliffe's home as part of enquiries about the ongoing Yorkshire Ripper case.

“I knocked on the door. He let us in – he’d just come from upstairs," Laptew says. 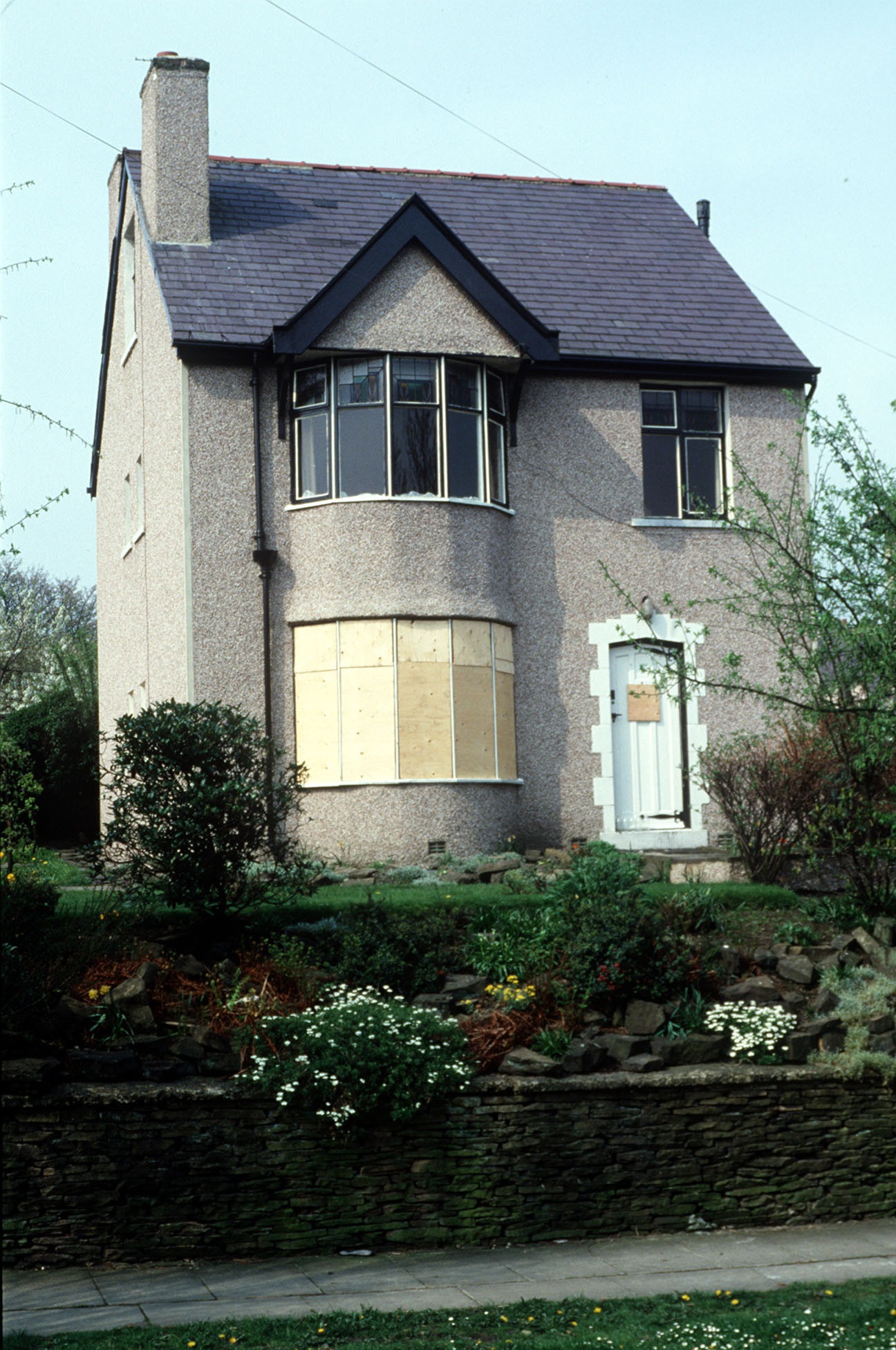 “And I said to him: ‘Peter, do you frequent prostitutes?”

Laptew says Sutcliffe replied: “No, not at all, I’ve no need – I’m only recently married."

At the time, the police believed the Ripper was motivated by a hatred of sex workers – an assumption in the investigation that led to the disastrous dismissal of evidence from attacks on women and girls not involved in sex work.

Despite Sutcliffe's seemingly innocent answers, Laptew's suspicions were raised by certain clues he noticed during the interview. 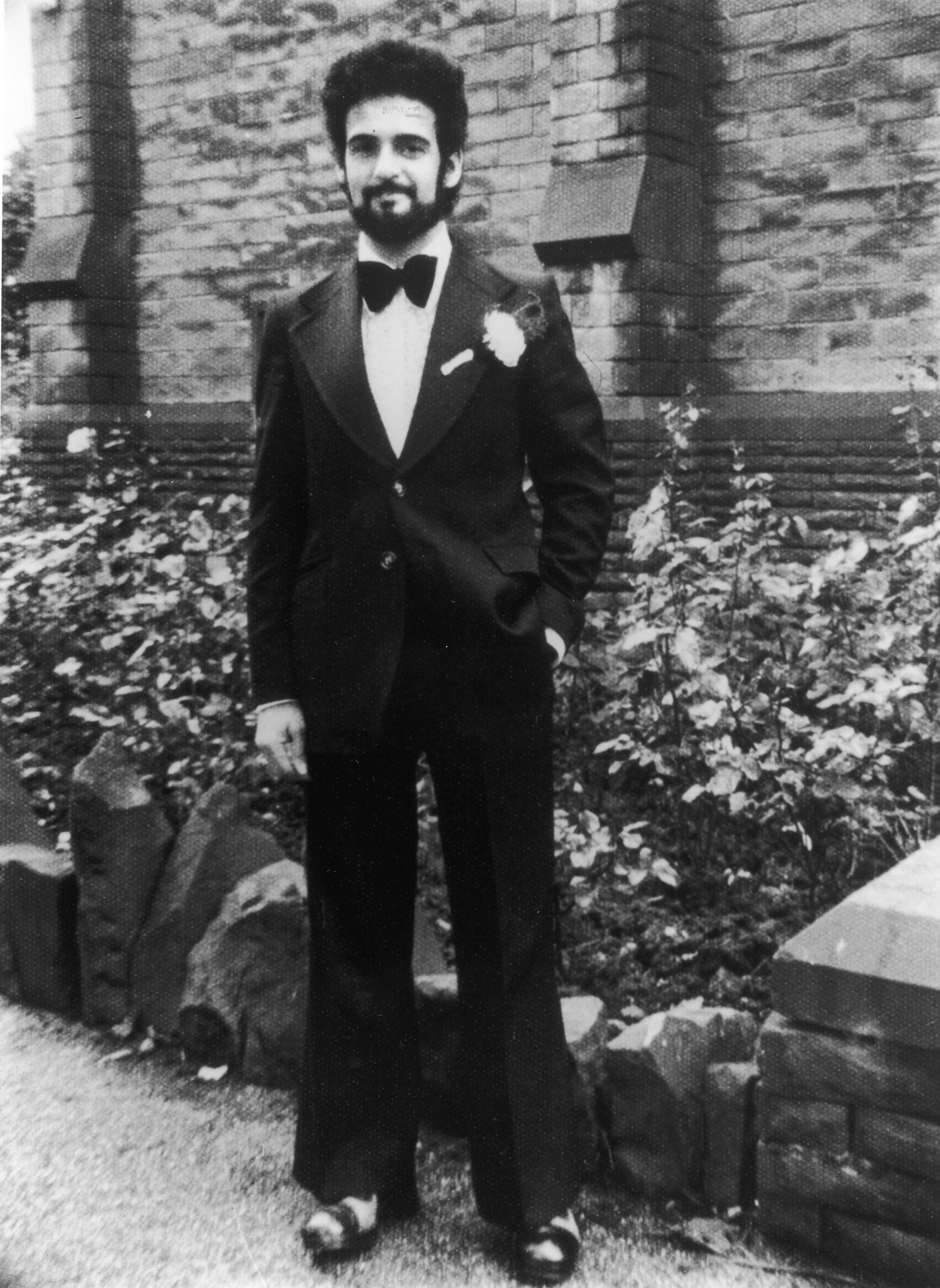 “His shoe size was an eight-and-a-half, which was very similar to the shoe size of the offender," Laptew says.

“And I noticed that one of the boots was quite worn on the right-hand sole, which was a point made out on the tracks that’d been left, the footprints.”

Most damning of all was the resemblance between Sutcliffe and a photofit made by police after 25-year-old Marilyn Moore was attacked by a man believed to be the Ripper in 1977.

'That was it – forgotten'

Laptew left Sutcliffe's house telling him that he might need to speak with him again – he was confident something wasn't right.

But in the documentary, he recalls the catastrophic mistake bosses made when he delivered his report on Sutcliffe.

“I got the report typed up and took it to the boss’ office and explained all the things that were bugging me," Laptew says.

“I said: 'The most startling thing is the Marilyn Moore photofit'. I said: He’s a dead ringer for that'.” 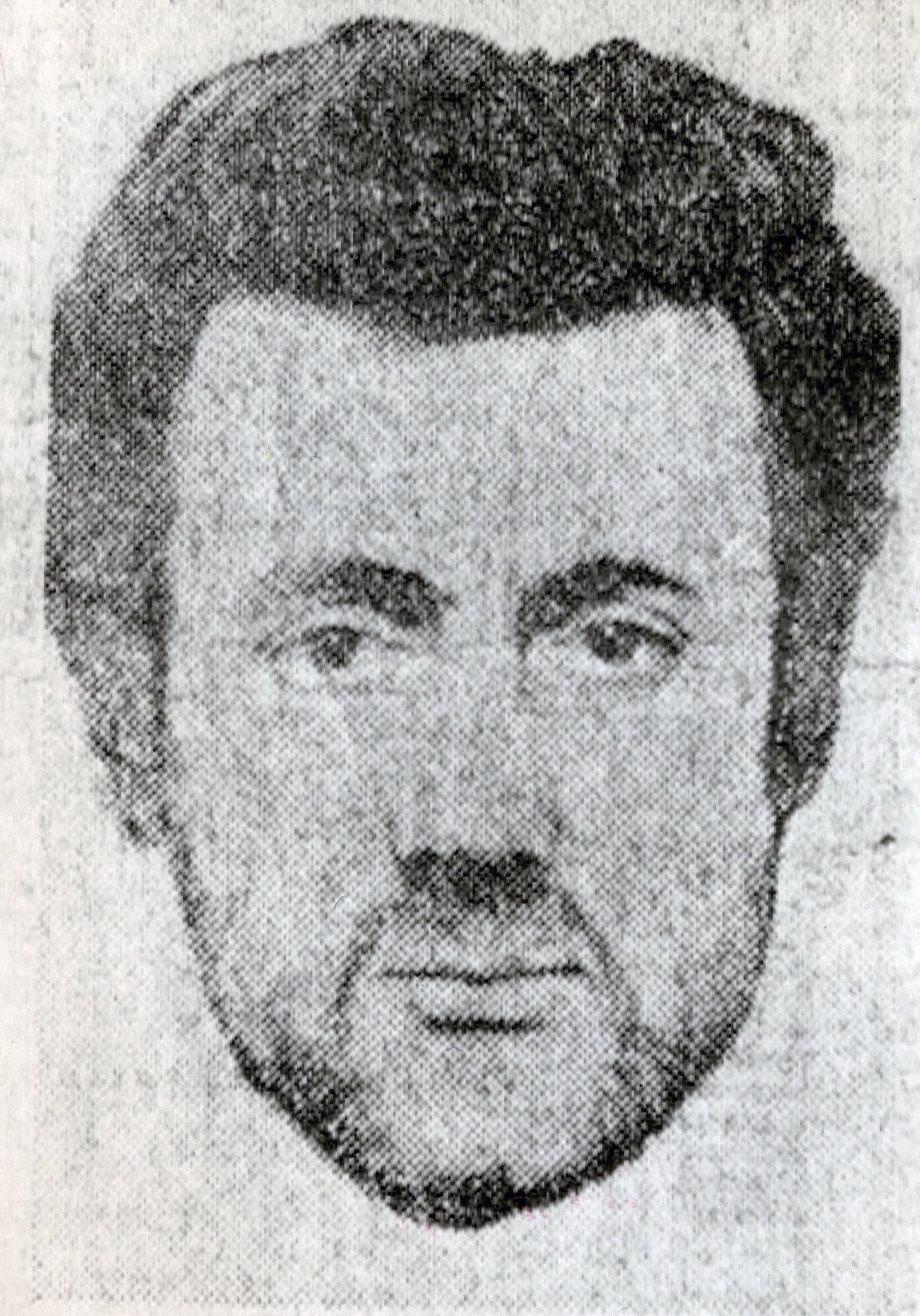 At the time, police were focused on finding a man with a Geordie or Wearside accent, and they immediately asked Laptew if that's how Sutcliffe spoke.

“I said no: ‘He’s from Bradford, he’s from around these parts, but I mean it’s an uncanny resemblance.’ And he hit the roof.

“He started effing and jeffing and going: ‘Anybody effing mentions photofits to me again will be doing traffic for the rest of their service’.

“I crawled out with my tail between my legs and that was it. Forgotten." 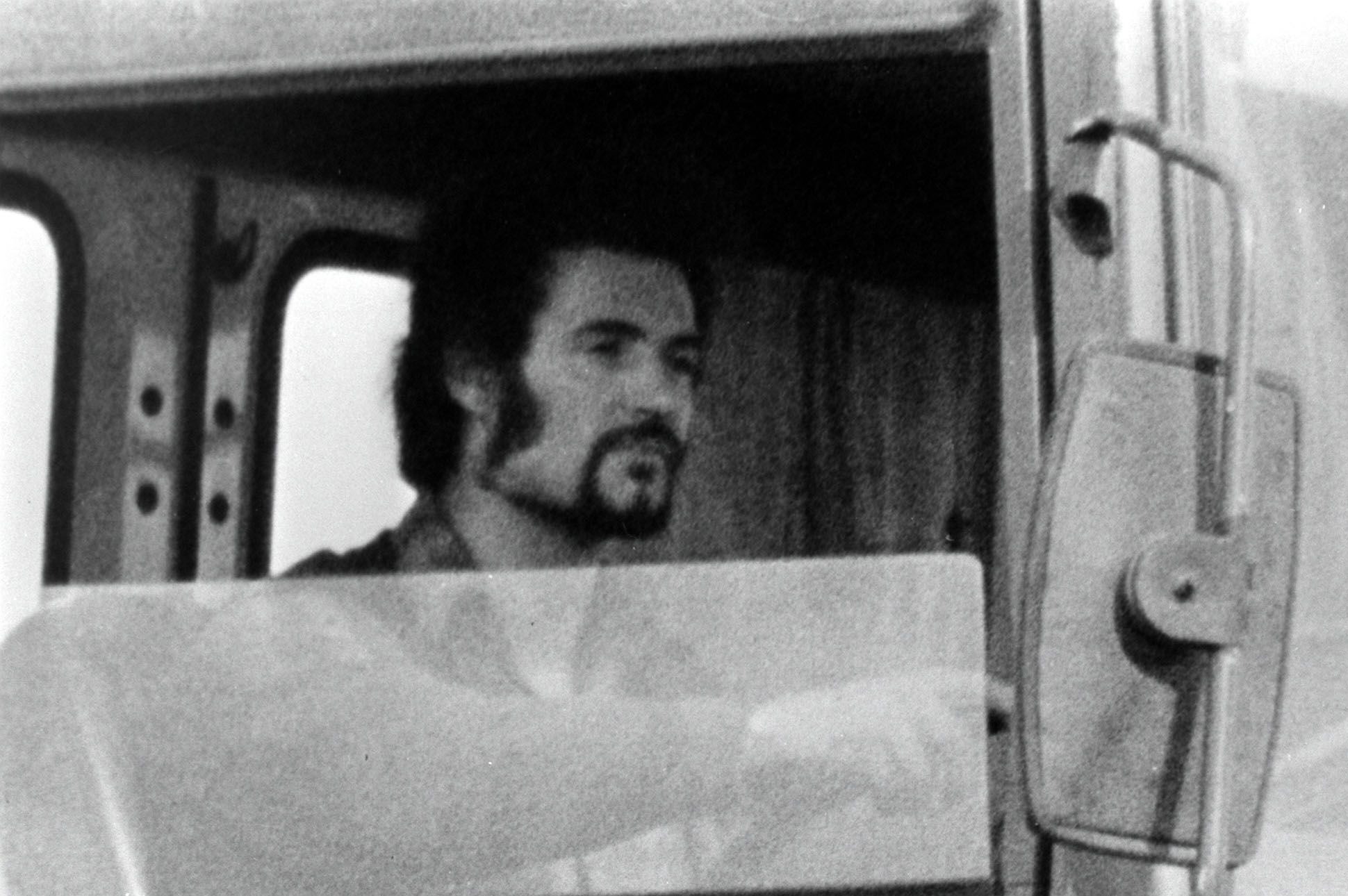 The obsession with the North East accent came after a taunting audio tape supposedly from the Ripper was posted to Assistant Chief Constable Jack Oldfield, who was leading the investigation at the time, earlier in 1979.

On the cassette, the man spoke with an accent identified as being from the Castletown area of Sunderland, and detectives shifted their enquiries to concentrate on suspects from the area.

'He was nicknamed The Ripper'

But discounting anyone without a North East accent was a catastrophic mistake – because the tape was a complete hoax.

It was made by John Humble, who'd also sent letters in the style of Jack the Ripper to Oldfield pretending to be from the Yorkshire killer, and he was eventually convicted of the 'Wearside Jack' hoax using DNA evidence in 2006. 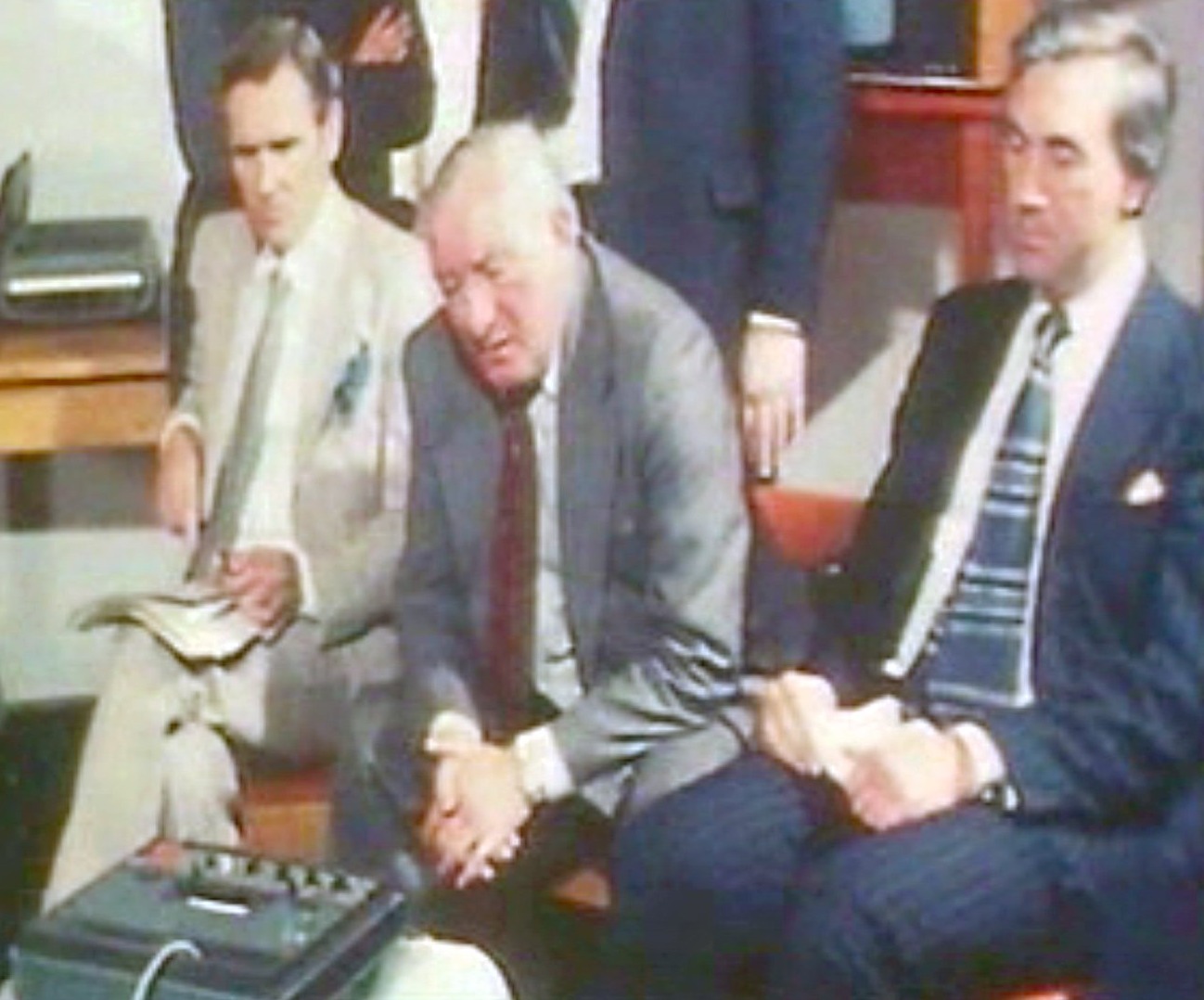 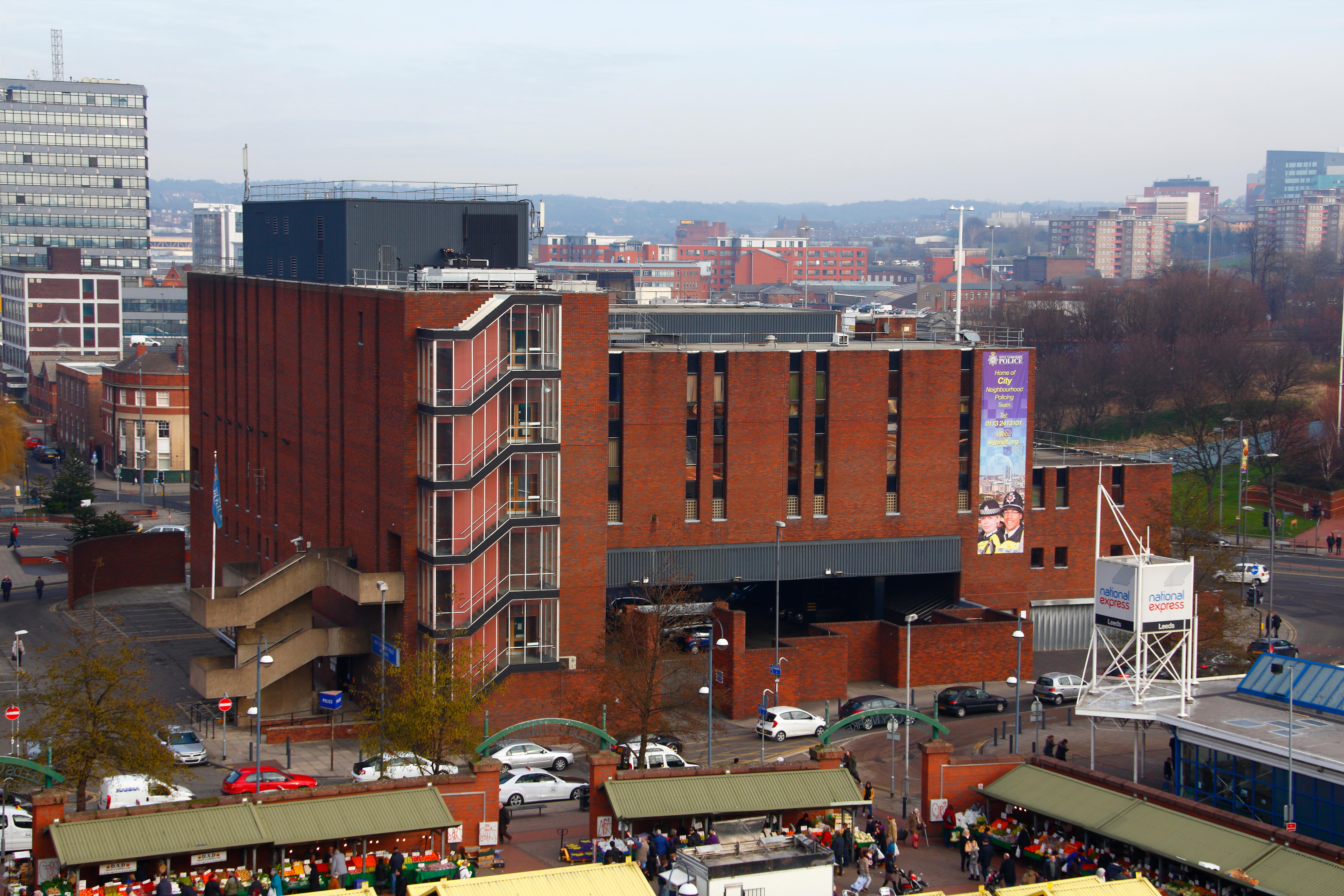 Humble passed away last year after being sentenced to eight years for perverting the course of justice.

During the Yorkshire Ripper investigation, it wasn't until Oldfield was replaced as the lead investigator that the focus on suspects with North East accents was dropped.

But after Laptew's two-page report had been dismissed out of hand, Sutcliffe was free to carry on killing.

In September, 1979, he murdered 20-year-old Barbara Leach, a student at Bradford University.

Marguerite Walls, 47, and Jacqueline Hill, 20, were murdered the following year. 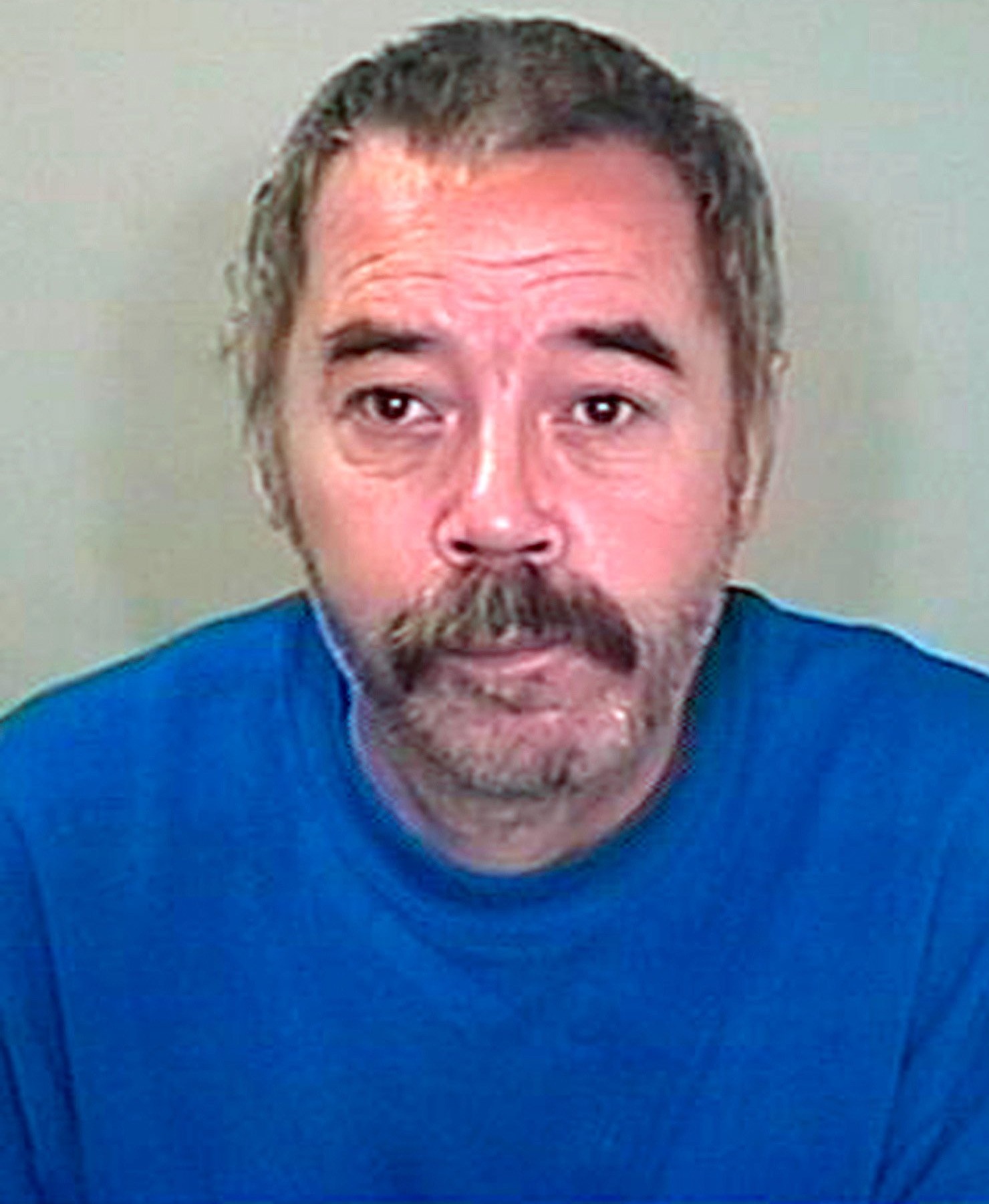 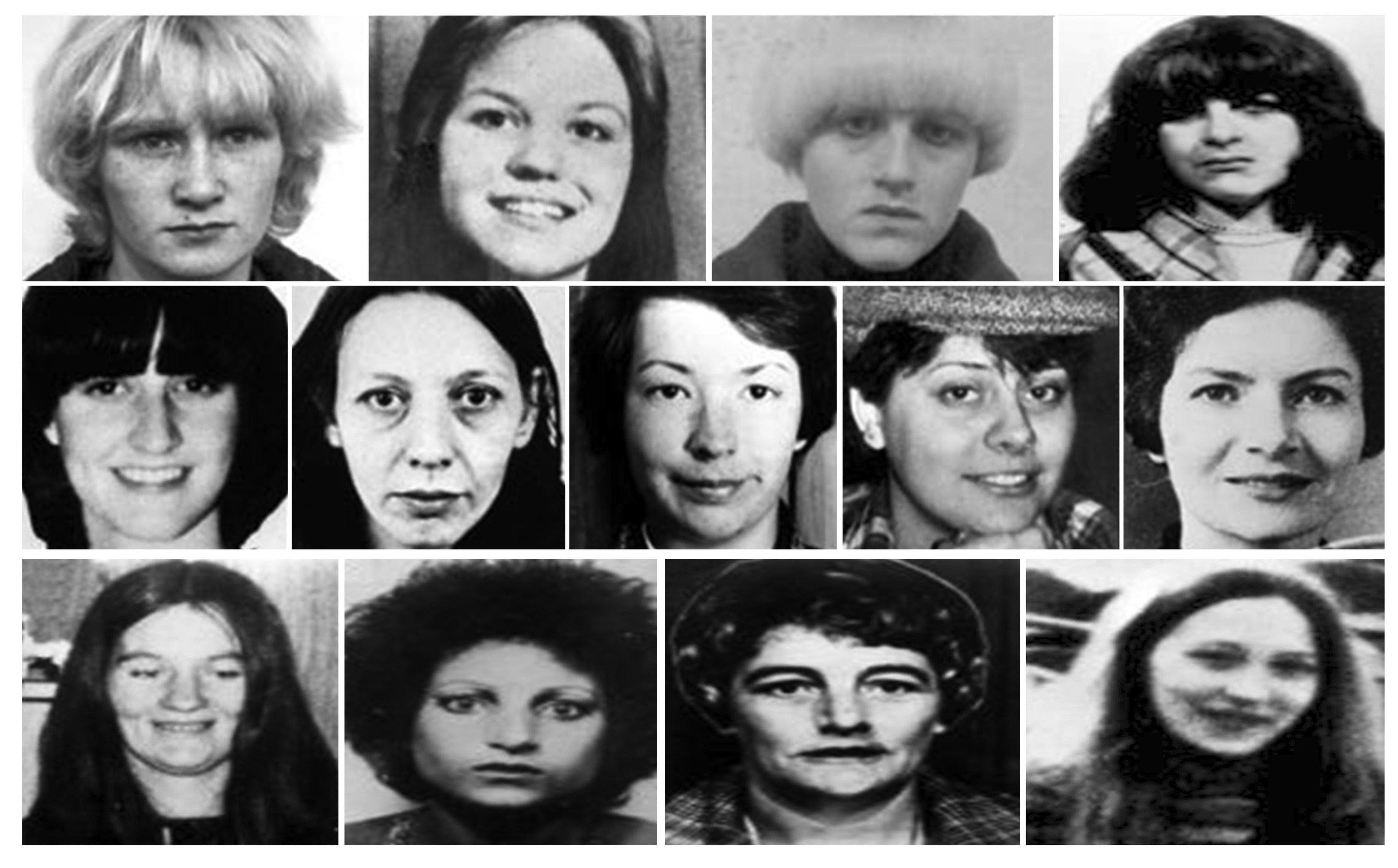 The police's interest in Sutcliffe without arrest even resulted in a dark nickname from his colleagues.

“It used to be a joke – he was nicknamed The Ripper, and he used to answer to that sometimes," Sutcliffe's boss, William Clark, says in the documentary.

Sutcliffe was eventually caught in January 1981 when he was pulled over for driving with false number plates.

He was in the car with sex worker Olivia Reivers – his intended fourteenth victim.

Cops later found he'd discarded a knife, hammer and rope at the site of his arrest. 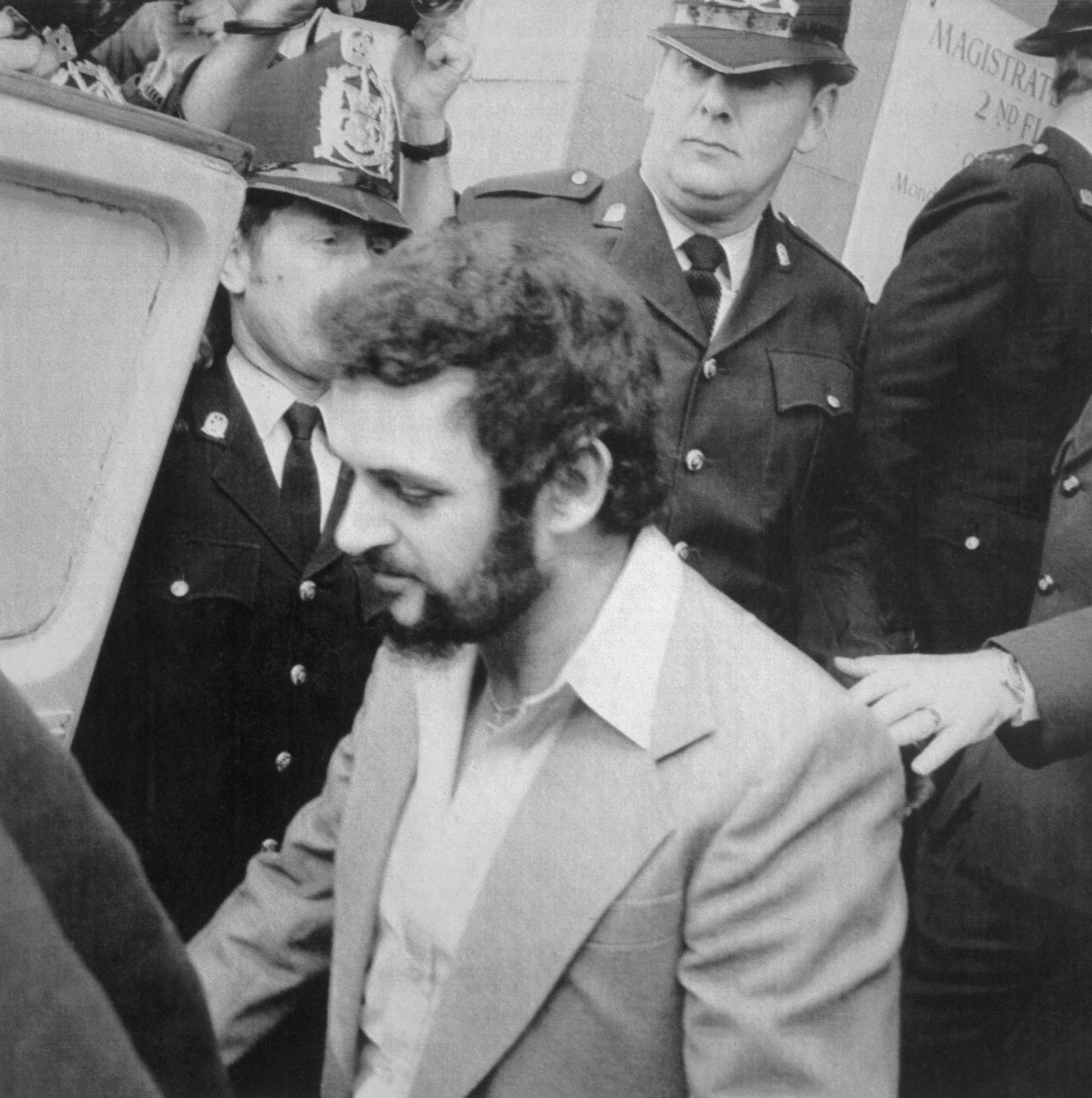 Sutcliffe was found guilty of 13 counts of murder and other charges and was sentenced to 20 concurrent life sentences.

In 2010, his sentence was increased to a whole life tariff by the High Court – meaning he would never get out of prison.

Sutcliffe died from Covid-19 aged 74 at the University Hospital of North Durham on Friday, 13 November this year.

The new director's co-director Jesse Vile previously said the impetus to revisit the Yorkshire Ripper investigation was an unrelated to Sutcliffe's demise. 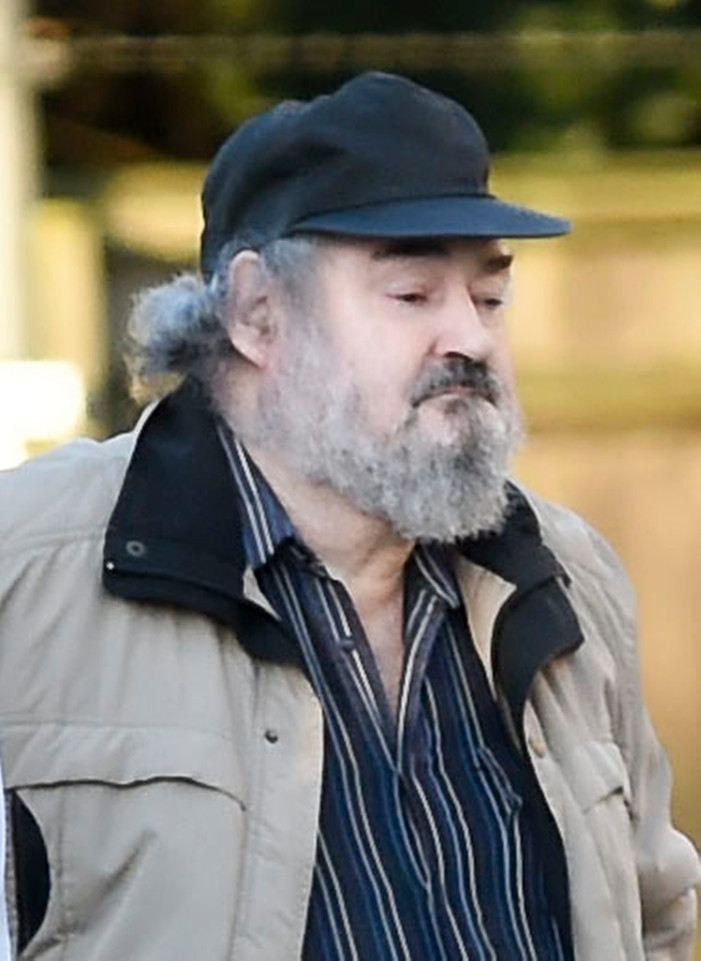 "I started thinking: 'Are people going to think we made this just because he died, and we rushed to put it together to cash in on his death?'" Jess said.

"But that's not something we'd ever do as filmmakers. We finished filming all the interviews in the summer of 2019 and we wrapped the doc in May of this year.

"It's this weird thing where everyone is going: 'Oh my gosh, he's dying and Netflix is right there with a documentary series – they knew all along!' But there was no way we could know – he could have lived for another 20 years."

Andy Leptew also passed away from pancreatic cancer in August last year aged 68 after contributing to the documentary.

The Ripper is available on Netflix