Netflix’s latest teen show about ice-skating twins Kayla (played by Grace Beedie) and Mac (Dakota Taylor), will wow viewers with the skill all the actors demonstrate on ice. On Zero Chill, everyone has as impressive skating careers as their characters, but while they all needed to train up again for their roles, they did still manage to joke about and annoy each other.

In a recent interview with Express.co.uk, Dakota explained how it wasn’t unusual for him to enrage his co-stars while on the ice.

As the figure skaters and hockey players both had to train at the same time on the rink, he explained: “A lot of times we just split the ice down in the middle.

“I do remember there being a couple of times when one of the hockey boys would just getting reckless,” admitted the actor.

“And you know, a puck would go down into the other end for the figure skaters. 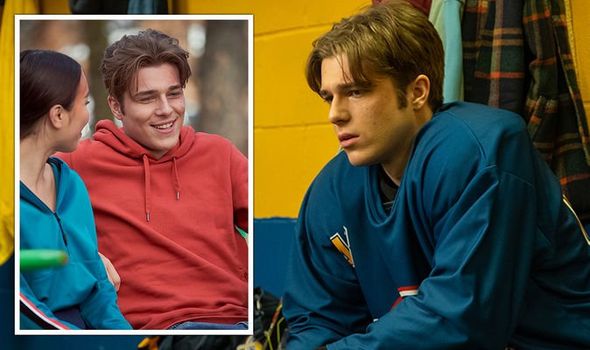 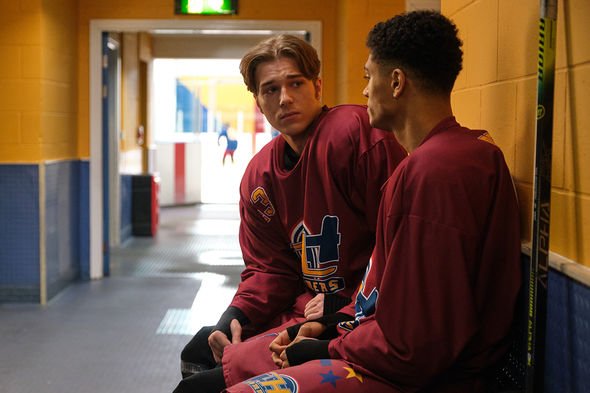 “We would all get the dirtiest looks. ‘How could you? Stop!’” he said, mimicking his co-star’s outraged voice.

However, the time on the ice served the cast well as it allowed them to bond before starting to shoot the show.

“Oh, man, yeah, we definitely bonded over the fact that none of us was in quite as good shape as we thought we were,” said Dakota.

Apparently even after admitting to having been skating since the age of two, he had to refresh his skills before the show. 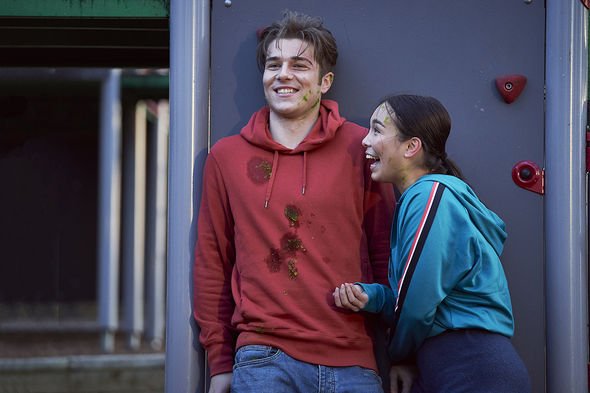 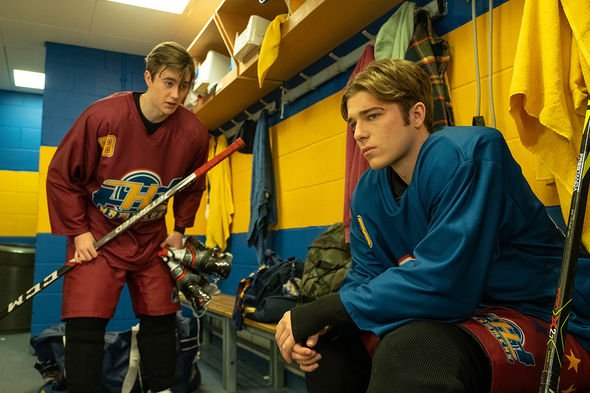 He continued: “And it all kind of humbled us and brought us back down to Earth when we’d come into training on either the third or fourth day and we were all stiff as a board and we realised ‘Oh man, we have our work cut out for us’.”

“So that was a lot of fun,” added the actor, who then shared a funny anecdote from the set.

“I’m gonna get a lot of flack for this one. I know there’s a video somewhere and I’m sure it’ll come up.

DON’T MISS…
Zero Chill: How many episodes are in Zero Chill? [INSIGHT]
Sky Rojo cast: Who is in the cast of Sky Rojo? [ANNOUNCEMENT]
Zero Chill: Mac star Dakota Taylor opens up about ice-skating blunders [INTERVIEW]

“I can speak for most of the hockey players, I think the figure skaters are exempt from this, but pretty much all of us boys have stepped on the ice with our guards on our blades, at least once and we have all taken quite a spill,” he laughed.

“Now I think in terms of a video of that existing I think it’s just me and I’m sure that will find its way out eventually. But yes, I have hit the ice at least twice with guards on the skates and taken in a nice spill and everyone’s been there to see it,” he said.

He added how their ice-skating trainer who saw the whole thing decided to film it: “Yeah, he was mid-conversation and he just dropped everything he was doing and made his way over to me.

“The first thing I saw when I opened my eyes was just him over top with his phone,” continued Dakota.

But while the ice-skating wasn’t much of a challenge for him, other parts of the role had some hidden difficulties for the star.

“The hardest stuff would be whenever you had to get mad at somebody,” he admitted.

“Because if the camera is not on you, we have enough time in the day to play around.

“So what’s to stop someone who has their back to the camera making a funny face at you while you have to be angry?”

Zero Chill is available to stream on Netflix.