Shell shocked! 100 million-to-1 rare translucent lobster caught off Maine coast is THROWN BACK into the Atlantic

A Maine fisherman says he caught a rare, nearly see-through ‘ghost lobster,’ then threw the crustacean back into the ocean because it was too small to keep.

Mike Billings hauled in the lobster Tuesday morning off the coast of Stonington.

The odds of landing an albino or ‘ghost’ lobster are 100-million-to-1.

The lobster’s unique coloration is likely caused by a genetic condition that results in the partial loss of pigmentation called Leucism. 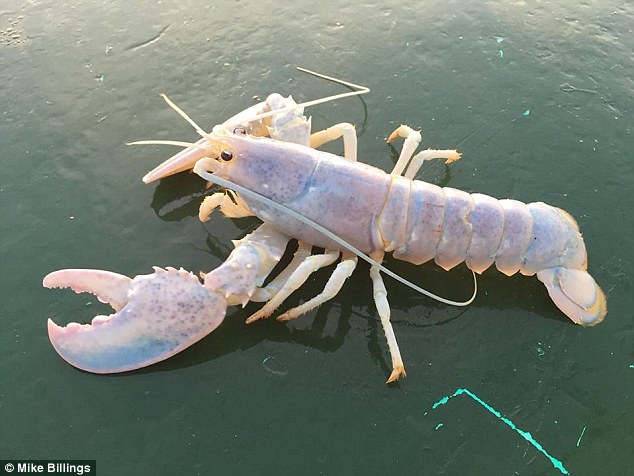 A Maine fisherman caught an extremely rare ‘ghost’ lobster. It won’t be eaten due to its size

Billings says he took pictures of the lobster, and then threw it back into the ocean according to the The Portland Press Herald.

He said the lobster was too small to keep, so he threw it back overboard.

The Maine Coast Fisherman’s Association, wrote: ‘This lobster probably has a genetic condition called Leucism which isn’t a total loss of pigment (which would make it an albino) but instead a partial loss.

‘This is why you can still see some hints of blue on the shell and color on the eyes.’

Adding: ‘A normal lobster gets its color by mixing yellow, blue, and red protein pigments. 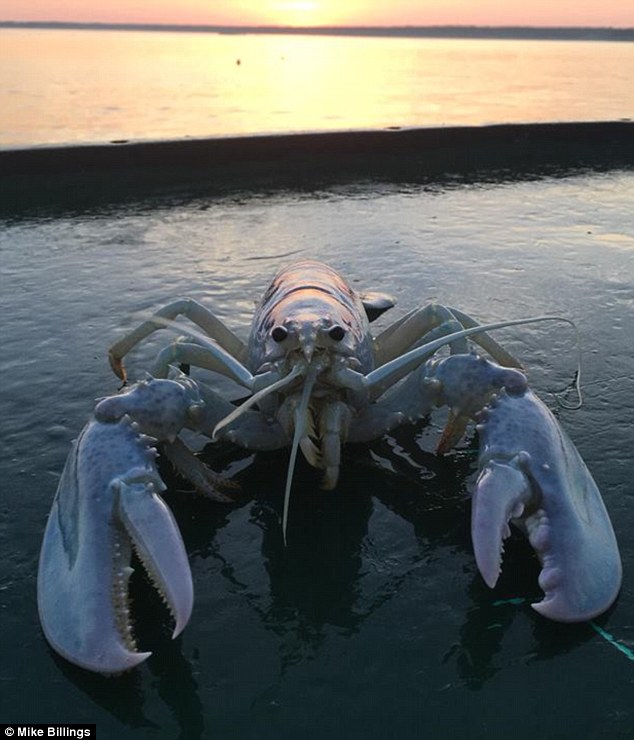 ‘Through different genetic mutations you can get a blue, yellow, or red (uncooked) lobster. You can also get strange mixtures of those colors as well.’

This is not Billings’ first encounter with odd lobsters, as he previously caught one blue claw in 2014.a rare calico lobster in 2014, the same year he caught one with one blue claw.

The pincher claw appeared to be small for the size of the lobster, meaning the original claw was likely destroyed and a blue claw regenerated in its place. The same year, he caught a rare calico lobster. 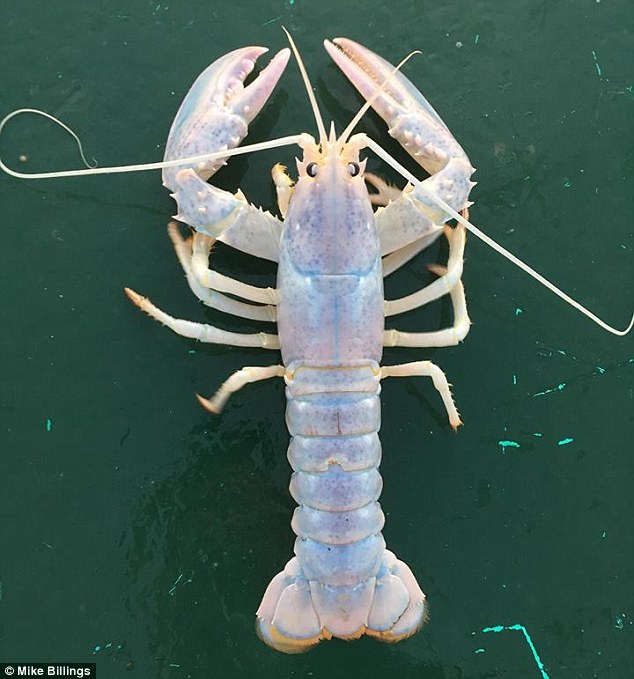