Tiny Glasgow flat that’s so small the only bed is on a SHELF over the sofa – and is reached by walking up a bookcase – goes on sale for £115,000

A one-bed flat that is so small its sleeping area appears to be by walking up a staircase-shaped shelf.

The flat in Scotland with a bunk bed in the living room has been mocked after it went on the market for £115,000.

The property listing does not make it clear where the bed will be but the estate agent described the layout as ‘versatile’ on Rightmove.

The only mention of a bed by Moving Estate Agents reads: ‘Attractive feature fireplace, solid wood flooring and recessed area currently with bed.’

Prospective buyers poked fun at the studio flat in Laurel Place, which is in the popular west end of Glasgow’s Hyndland area. 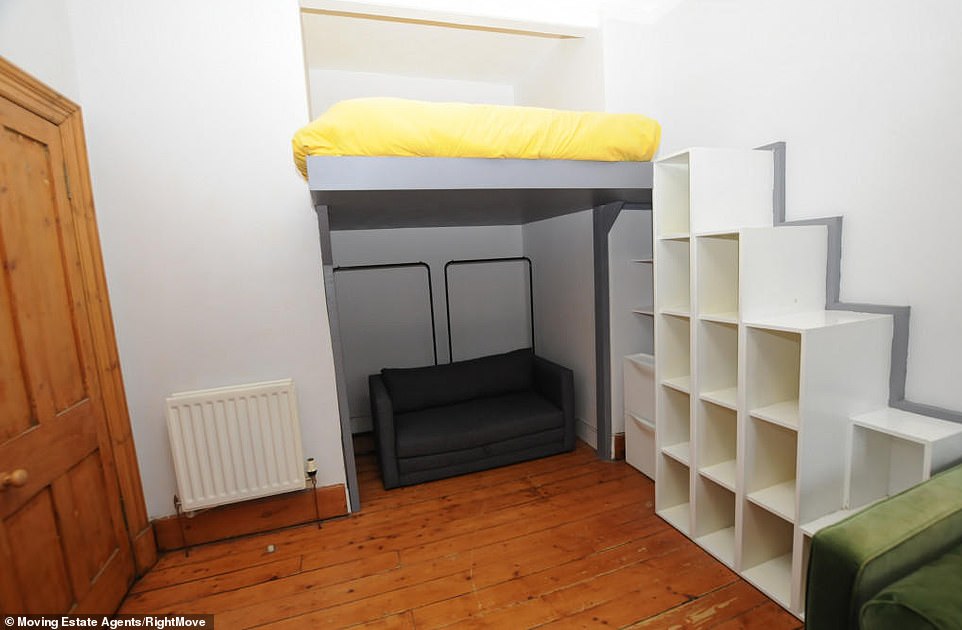 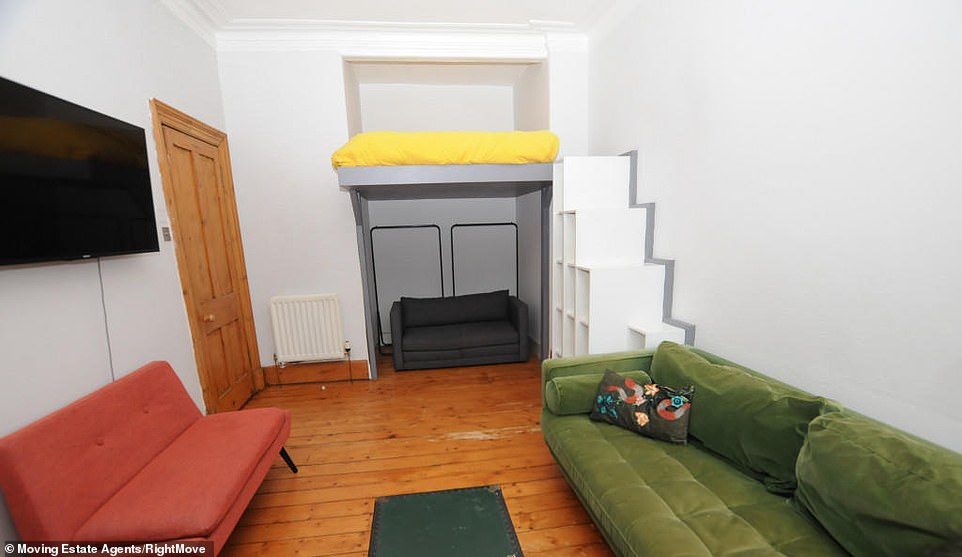 There are three couches in the tiny flat, which is in the popular west end of Glasgow’s Hyndland area 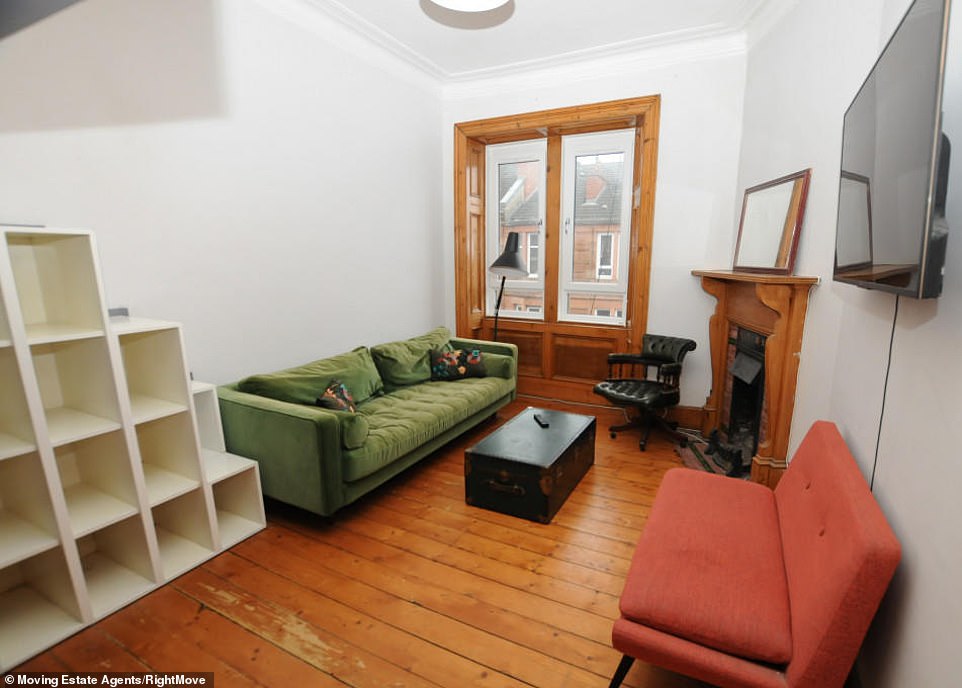 The sleeping area’s steps can be seen in the corner while the window looks out on Laurel Place, Glasgow 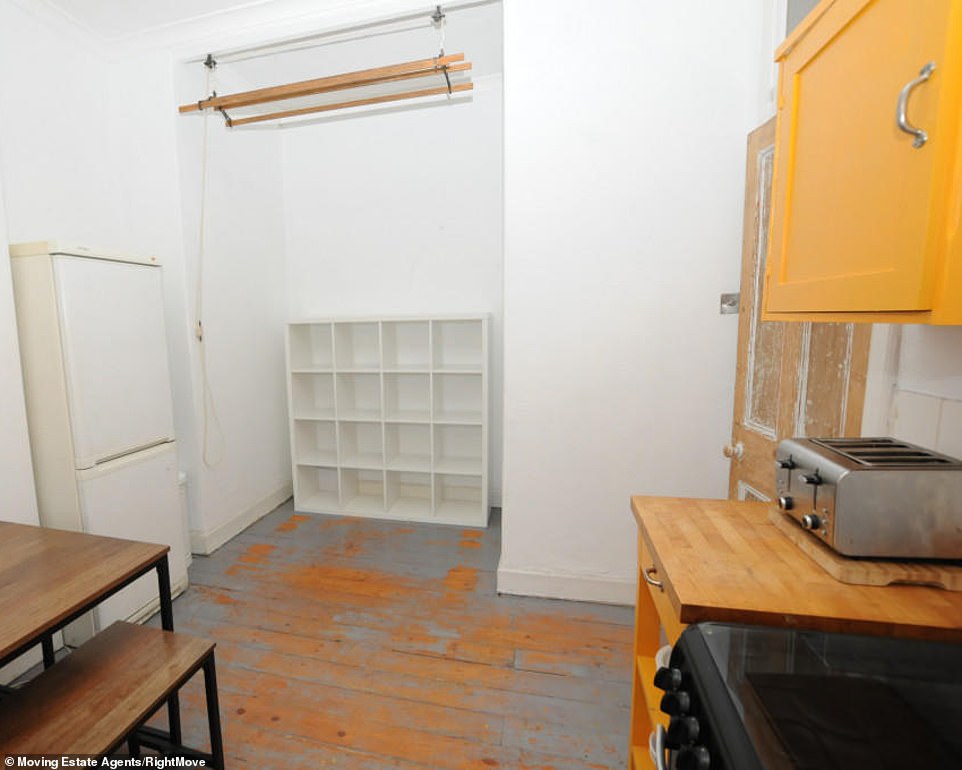 The Glasgow flat has another room with cupboards done in yellow, a wooden table and bench-set, an oven, a fridge and a shelve unit in the corner 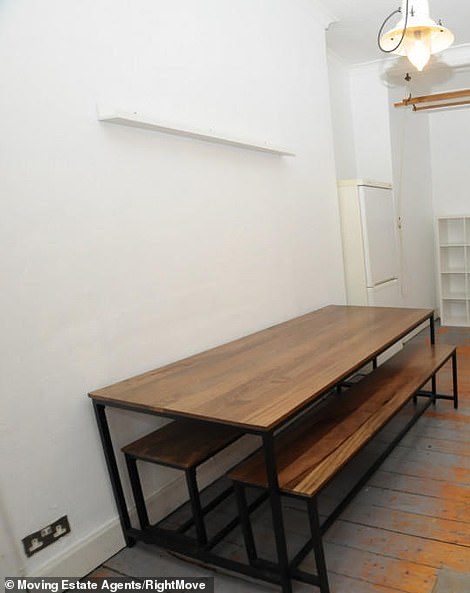 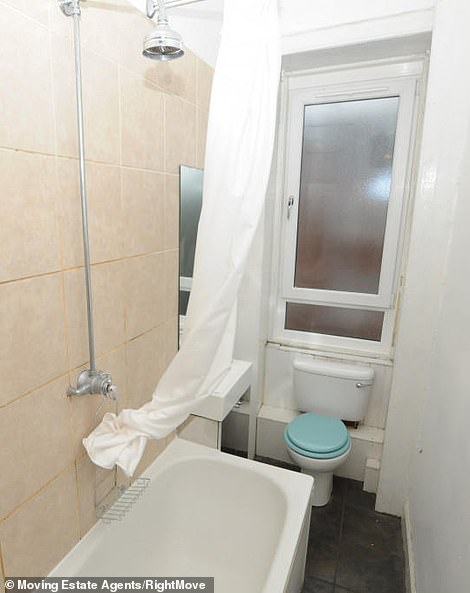 The Glasgow flat has a separate kitchen area and a bathroom with a sink, mirror and toilet that can be reached by moving around the bath in the flat in Glasgow 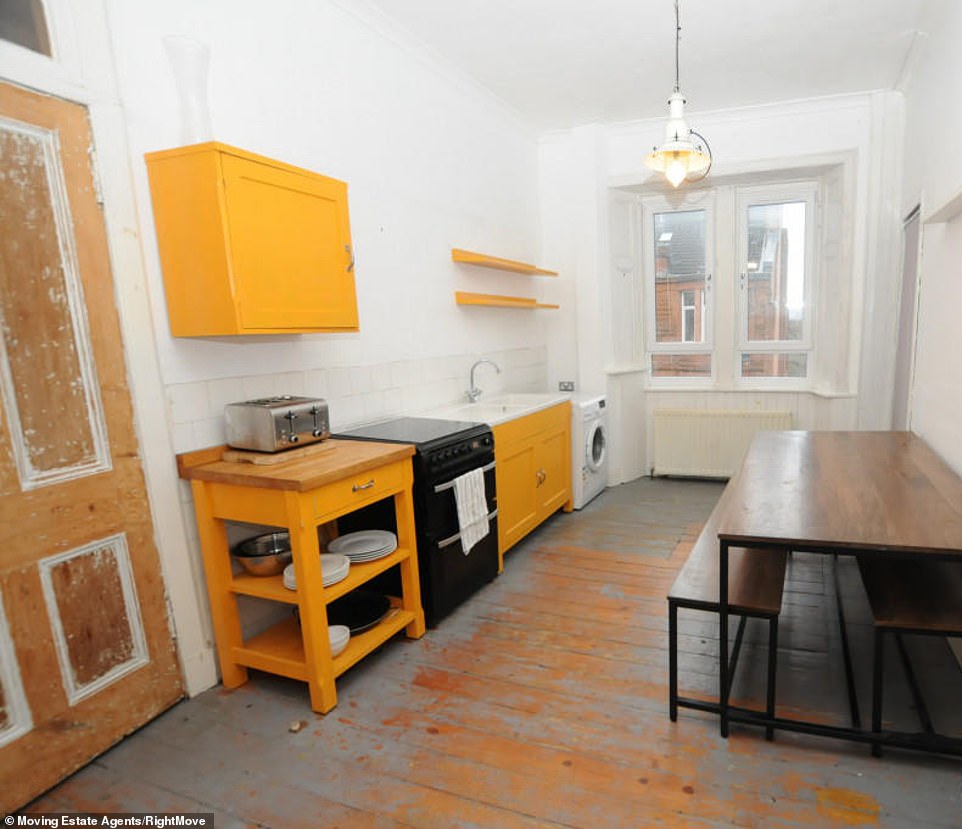 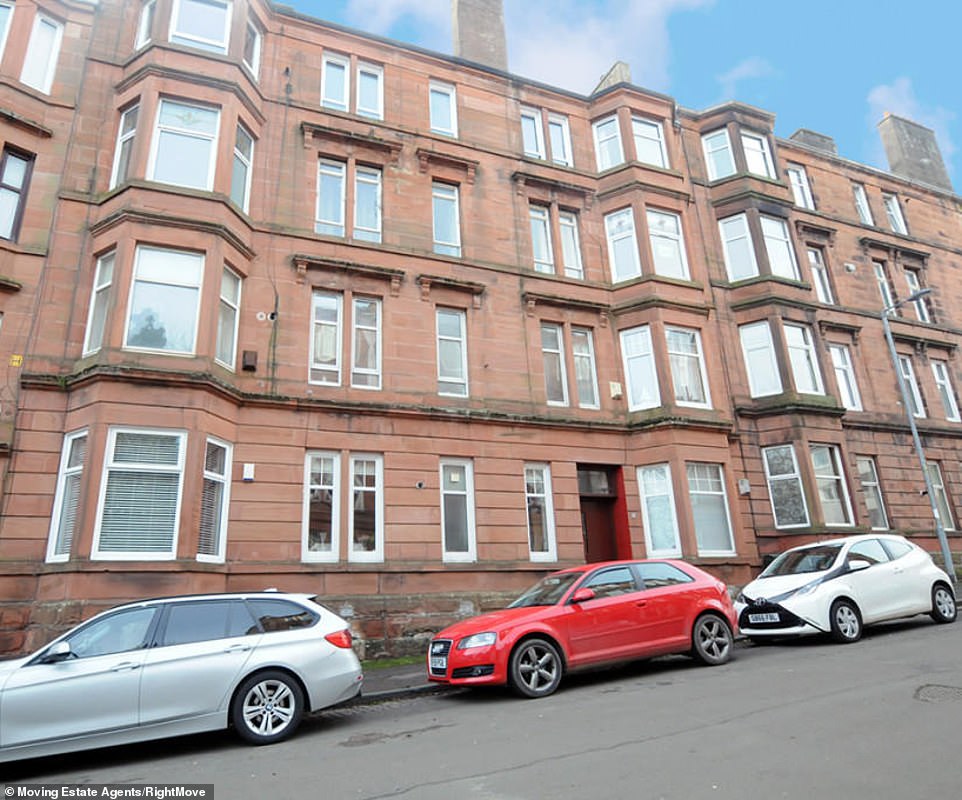 There appears to be on-street parking spaces outside the flat in Laurel Place, Glasgow

Many highlighted the space for three sofas in the room, including architecture graduate Jordan.

He said: ‘Every time I start to miss living in Glasgow, Rightmove gives me a reality check.

Kris Kennedy joked: ‘At least you can get three couches in there.’

Jordan added: ‘Sleep on one, watch TV on the other.

Mark Malik quipped: ‘Studio flat – as in one room to live and sleep in, with a separate bathroom and kitchen?

‘How can anyone be expected to take out a 25 year mortgage for that?

‘Or is the idea for it to be resold every few years, for a higher price?’

Another Twitter user added: ‘Envisioning sitting on the green couch to watch TV and your awkward new roommate sits on the red couch.

Jordan added: ‘Just staring at you, not saying a word.’

Rick Davis said: ‘There is a blue sofa as well.’

Another chipped in: ‘That’s the naughty sofa.’

Yvonne Taylor said: ‘These used to be called room and kitchen. At least it has an internal bathroom.’

James McGahan added: ‘For that money you could build a house.’ 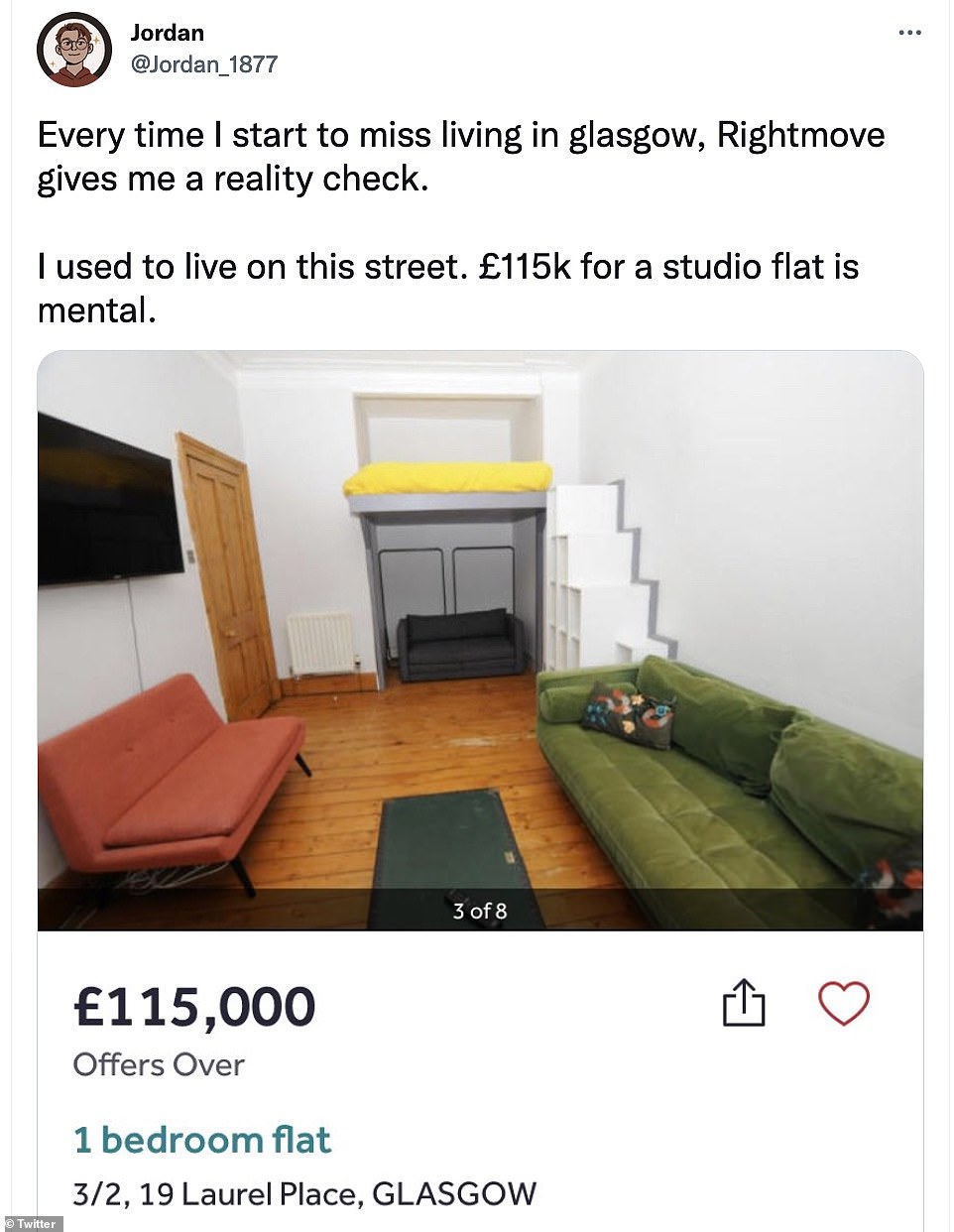 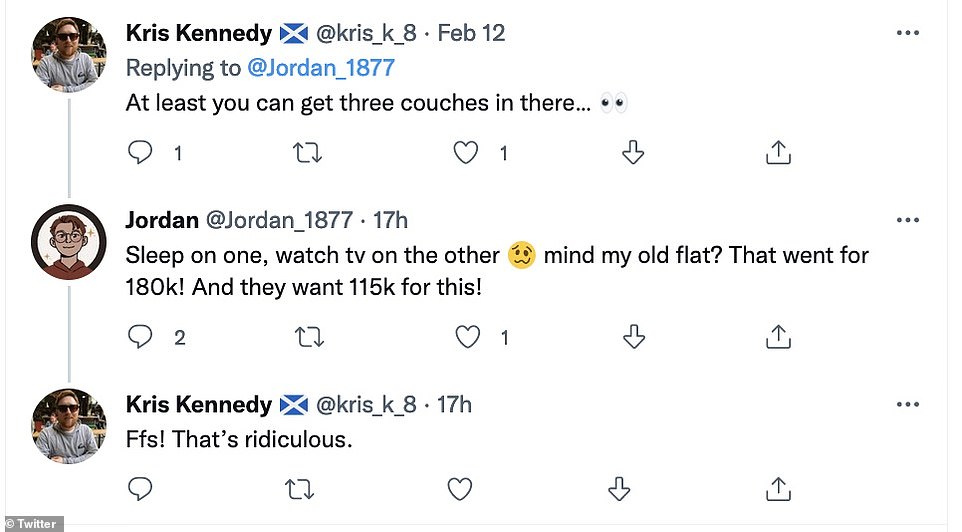 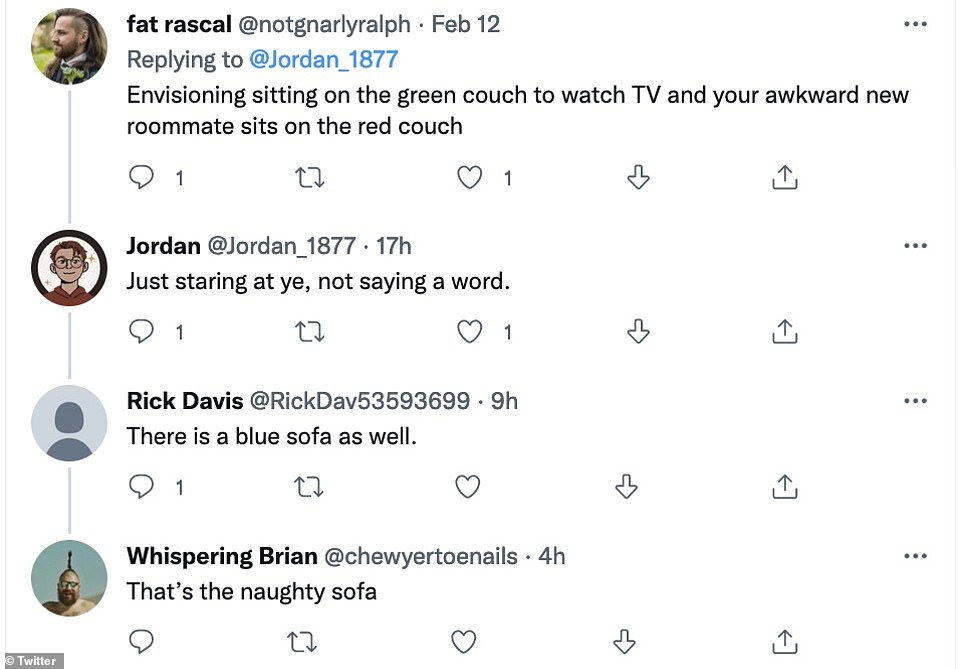 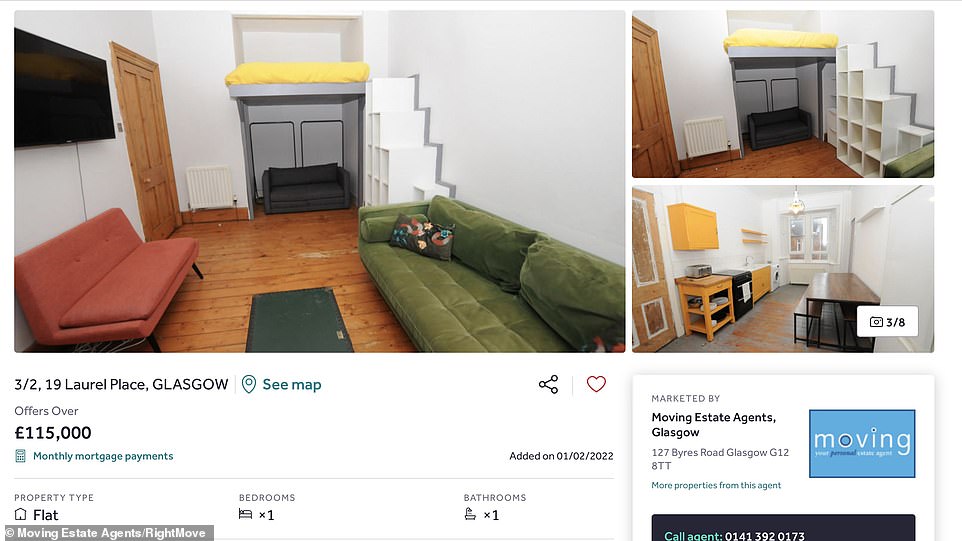 The listing of 19 Laurel Place, Glasgow is available to look at on Rightmove and is being sold by Moving Estate Agents

‘The versatile layout can be adapted to suit the individual purchaser.

‘The dining kitchen is a good size and benefits from a recessed area and solid wood floor.