In the first months of 2020, Vermont Sen. Bernie Sanders experienced a surge in national polls amid the crowded Democratic field vying for the 2020 presidential election.

Among his supporters is a vocal crowd of Hollywood stars including several models and musicians.

Though celebrities have historically leaned towards Democratic candidates, the longtime lawmaker has also amassed a new group of younger, cooler celebrities urging their fans to become more politically involved.

See some of the most famous names backing Sanders. 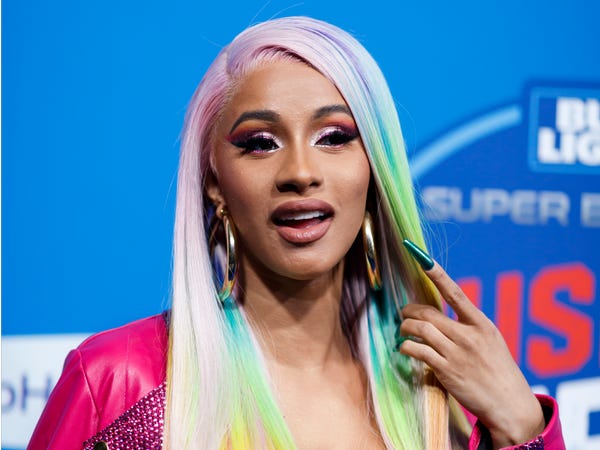 The rapper supported Sanders in 2016, telling her followers in a video to "vote for Daddy Bernie, b—h." Cardi later came in contact with Sanders' campaign in April 2018,  when she praised Franklin D. Roosevelt in a GQ interview as "the real 'Make America Great Again,'" for his social policies.

The campaign responded on Twitter, writing that "Cardi B is right" about the importance of Social Security.

In August 2019, the rapper and the lawmaker sat for a filmed interview in a Detroit nail salon to discuss Roosevelt, healthcare, 2020, and other issues.

Politico reported that Sanders' team noticed he was impressed by her enthusiasm and knowledge of American politics in addition to her straightforward personality. 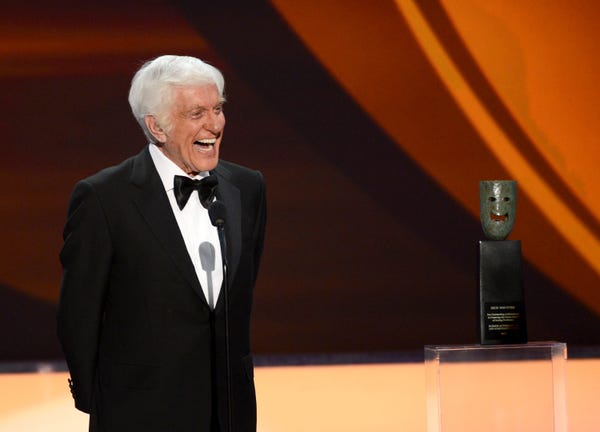 Van Dyke, who also backed Sanders in 2016, starred in a promo video for the senator that was released in late February.

In the video, the 94-year-old actor and comedian urged older voters to consider Sanders, who he said he was backing again because of his consistent record. 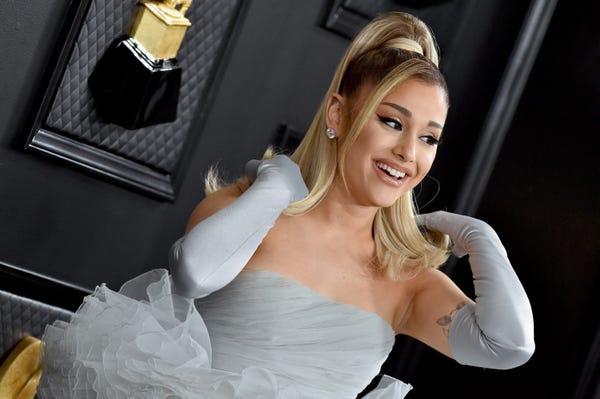 Grande was a vocal supporter of Democratic candidate Hillary Clinton in 2016 but has openly backed Sanders, who, one day before a democratic debate, she welcomed backstage at an Atlanta show last November.

Alongside pictures of the beaming pair the singer posted on Twitter, Grande called Sanders "my guy" and thanked him for "all that you stand for."

Grande also referenced the partnership between her Sweetener World Tour and Headcount, a nonprofit organization focused on voter registration that, according to Grande's tweet, registered at least 20,000 new voters during her tour. 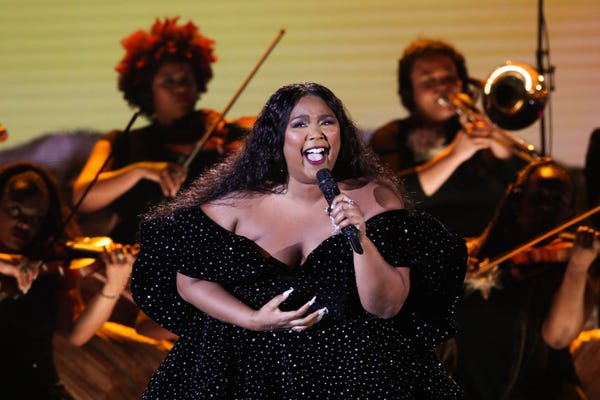 In August 2019, the "Truth Hurts" singer tweeted a video in which she asked her followers to think critically about who they choose to vote for after saying she supported Sen. Elizabeth Warren and Sanders, who she previously defended against ageist criticism.

Lizzo wrote on Twitter to ask voters to "drop the ageism sh–" against 77-year-old Sanders.

"I hear a lot of about Bernie Sanders being "too old" to run or be president… but we've currently got a 73-year old in office so drop the ageism sh– and just listen to what he's got to say," the singer wrote alongside screenshots of Sanders' and Trump's ages.

Months later in November, Sanders appeared on "The Tonight Show with Jimmy Fallon," where he borrowed a Lizzo song title to announce that he was "feeling good as hell." 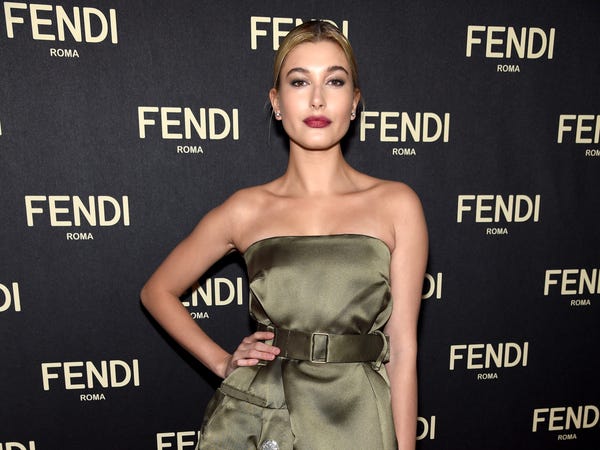 In an interview with Elle magazine published February, Bieber said she will be voting for Bernie Sanders in the 2020 election. 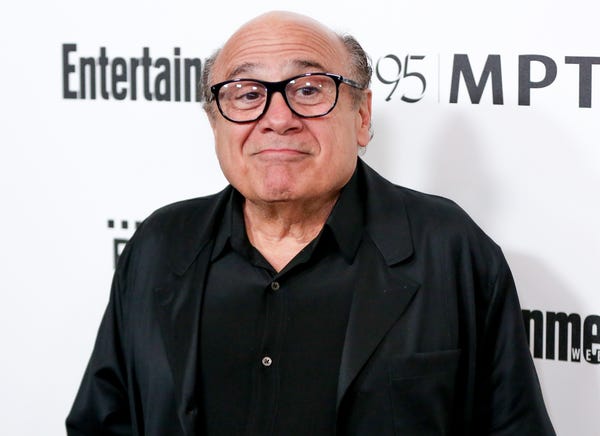 DeVito gave $2,700 to Sanders' campaign in 2019 and later doubled down on his support in a video endorsement released in January 2020.

"He's the guy to do it," the "It's Always Sunny in Philadelphia" star said of the Vermont senator. "He is the man to beat Trump. He is the man to change our whole system." 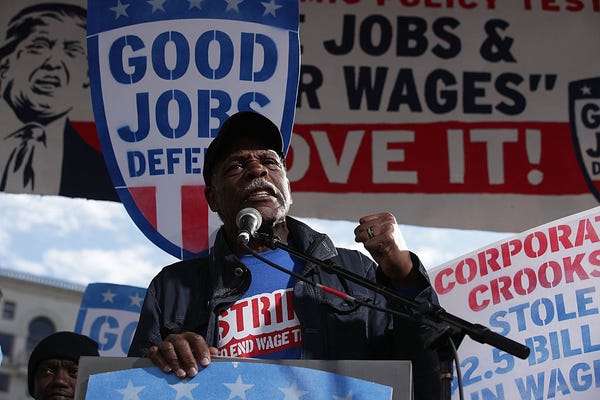 The "Lethal Weapon" actor made several January campaign stops in rural South Carolina communities on behalf of Sanders as a key part of the senator's outreach to black voters.

The New York Times reported that Glover told a crowd of voters in Sumter that Sanders's ideology would have won Dr. Martin Luther King Jr.'s vote.

"If Dr. King was with us today, at 90 years old last year, he would be voting for Bernie Sanders," Glover said, according to the Times. 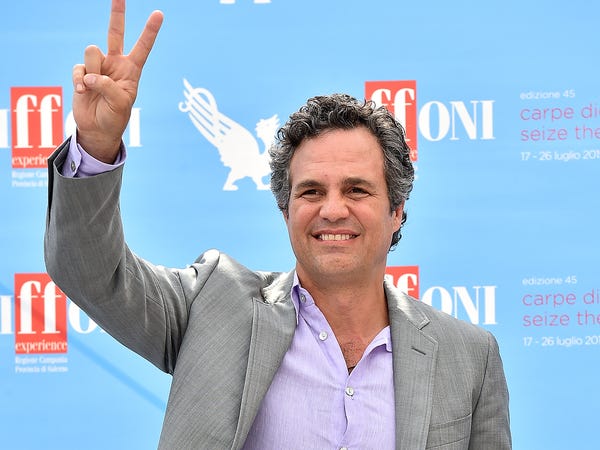 On a Late Show With Stephen Colbert appearance in November 2019, Ruffalo said that he had supported Sanders in 2016, and was continuing to back him as 2020 drew closer, crediting the lawmaker's consistency throughout his career.

"The rest of the United States is just finally caught up to what he has been doing his entire career," Ruffalo said. "And you know that when he gets into office, he's going to be fighting for us." 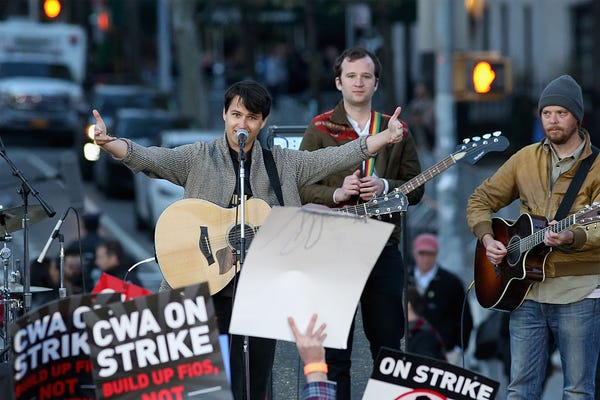 The popular alternative band made several appearances for Sanders on the 2016 campaign trail and continued making stops in the run-up to the 2020 election, including shows in Manhattan's Washington Square Park and days ahead of the Iowa Caucuses.

Lead singer Ezra Koenig told The Times that the band wanted to "help out" Sanders and energize voters ahead of the 2020 election.

"I like to believe he's less of a sociopath than a lot of people who want to be president, but it's hard to be as excited as I was in 2016," Koenig told The Times."That was the first time I felt deeply about a candidate." 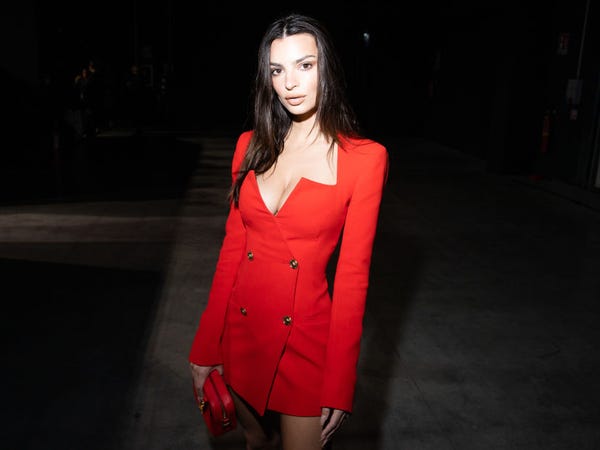 The model-influencer has been a vocal supporter of Sanders, who she has called "extremely genuine" and "consistent," showing off her support by occasionally sporting his merchandise or sweaters that include his name and tout his policies.

In a video posted in January that appeared on both Ratjakowski and Sanders' Instagram pages, she emphasized the lawmaker's policies like healthcare for all and his record confronting civil and humanitarian issues, including women's rights. 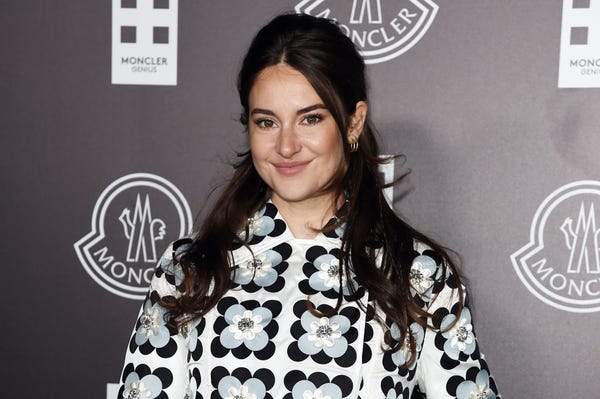 The "Big Little Lies" actress and activist, who was famously arrested protesting the Dakota Access Pipeline, told the Daily Beast in September 2019 that though she could also see herself supporting Elizabeth Warren, she would "forever in my heart be an 'I Love Bernie' person," because of what he "has done for our country and our world." 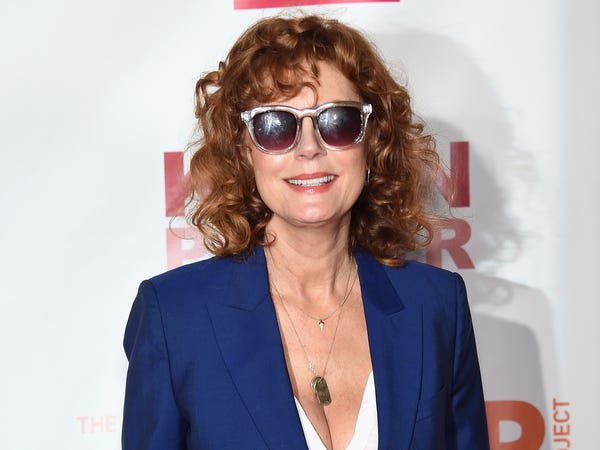 Sarandon donated $2,800 to Bernie Sanders in 2019, appeared at various events throughout the year and canvassed for Sanders across Keene, New Hampshire in January 2020.