A $1 million reward has been offered to help solve the cold-case murder of St Kilda woman Amanda Byrnes.

Just 23 when she was taken from the streets in 1991, police’s three-decade search for the sex worker’s abductor has failed to yield any suspects or even a motive. 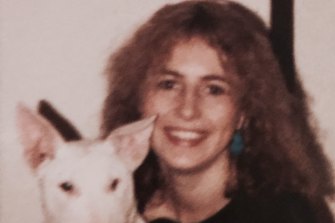 Sex worker Amanda Byrnes was murdered after being abducted in St Kilda in 1991.

Byrnes was one of the vulnerable women who walked the streets of St Kilda that have claimed the lives of at least seven sex workers since 1990.

Addicted to heroin and working the streets with her partner Carol, Byrnes was about 160 centimetres tall and thin, with blonde hair and brown eyes.

Byrnes’ family still feels the sting of their loss. They say their daughter and sister, affectionately referred to as Manda, was vibrant, beautiful, bubbly, mischievous and “full of joy”.

“She had the kind of laughing eyes that as soon as you looked at her, you just knew she was fun,” they said on Tuesday.

“She was someone who treasured even the smallest joys in life.

“In some ways, Manda never realised just how wonderful she was and sadly she was taken from us far too soon. So many people who knew her, loved and adored her.

“Manda was very protective of her family and had an immense love in particular for her son. The way she looked at him with complete joy, delight and a touch of surprise still stays with us today.

“We miss Manda immensely and still think of her every day – she is always with us and we will always have the joy of her memory.” 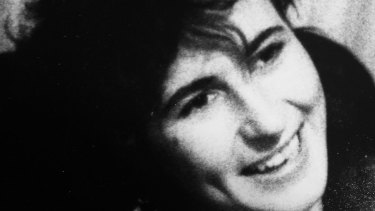 The Age reported in 2017 that Byrnes and Carol worked as a pair. If one of them got a job, the other would follow them back to their room and stand outside the door to make sure everything was OK.

But on the night of April 6, 1991, Carol, now deceased, had been suffering a toothache and decided not to work.

Just after midnight, Amanda left the Esquire Motel on Fitzroy Street and set on her way towards Carlisle Street, arranging to meet up with Carol a short time later.

She wore black lycra leggings, a black lycra tube top, a navy blue fleecy zip-up with a drawstring waist and a hood, black suede stilettos and black fingerless gloves. Her clothes have never been recovered, except for a single shoe which was found on Barkly Street.

A short time later, Byrnes entered the car with the man police suspect of killing her.

After the van departed, witnesses say they saw a woman’s legs protruding out of the passenger door. Police were told the van was driving erratically and they got the sense that someone was trying to escape.

Byrnes’ body was discovered near the Elwood Boating Club the next day.

Struggling to make progress in ’91, police offered $50,000 for anyone who might know more.

Homicide Squad Detective Inspector Dean Thomas said on Tuesday it had been more than 30 years since Amanda’s death, but the case was still an active investigation; one that police believed was solvable.

Director of Public Prosecutions Kerri Judd said she would also consider granting indemnification from prosecution to any person who provided information on the identity of Byrnes’ killer.