26 fishermen in Minnesota rescued from ice floe in Lake Superior 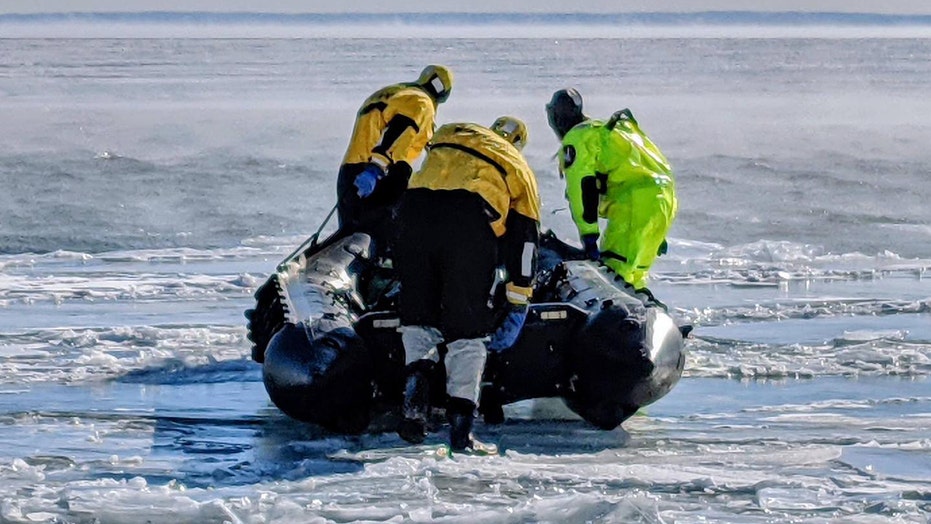 Just days after the U.S. Coast Guard rescued 66 fishermen stranded on ice floes in a Wisconsin bay, first responders in Minnesota were called to help retrieve 26 fishermen who floated out into Lake Superior.

Officials with the Duluth Fire Department were made aware of the stranded fishermen shortly after 11 a.m. on Tuesday. The anglers had reportedly been fishing in “individual fish houses”  before the ice broke loose from the shore and began drifting into the lake, the department confirmed.

The first truck to respond was able to rescue three fishermen while additional watercraft were brought to the scene, including both non-motorized and motorized inflatable boats.

Within an hour of first arriving, crews with the Duluth Fire Department — along with the Duluth police, the St. Louis County Sheriff’s Office, the Mayo Clinic Ambulance Service and the U.S. Coast Guard — were able to rescue all 26 stranded fishermen.

“Awesome job,” wrote one Facebook user in response to the news. The Duluth Fire Department also shared photos from Tuesday’s rescue, showing the ice-fishermen trapped out in the lake, as well as emergency workers coming to their aid. 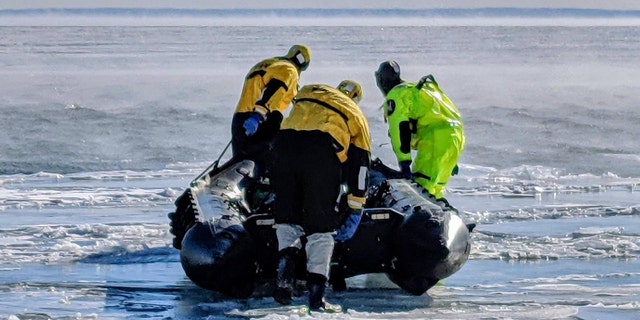 News of the rescue efforts come less than a week after a similar incident in Sturgeon Bay, Wis., during which three separate ice floes broke apart from land last Thursday. The U.S. Coast Guard’s Air Station Traverse City was dispatched, along with local emergency responders, to rescue the 66 stranded anglers.