29 deported parents return to US, hope to reunite with their separated children

This story is a part of an ongoing ABC News project called Borderline, documenting immigration at the US-Mexico border.

At a San Antonio airport one day last May, Jesus, an immigrant from Honduras, waited for his 6-year-old son, Ariel, from whom he had been separated days earlier when the pair was apprehended by U.S. Customs and Border Protection agents after crossing the Rio Grande.

Jesus, 31, was waiting for a reunion that would never happen.

“I cried inconsolably,” the father said.

The heartbroken dad was among a group of 29 migrant parents who said they were deported without their children and made the journey back to the United States in hopes of reuniting with their kids. They reached California’s Calexico Port of Entry on Saturday to reapply for asylum with the help of immigrant advocate attorneys. 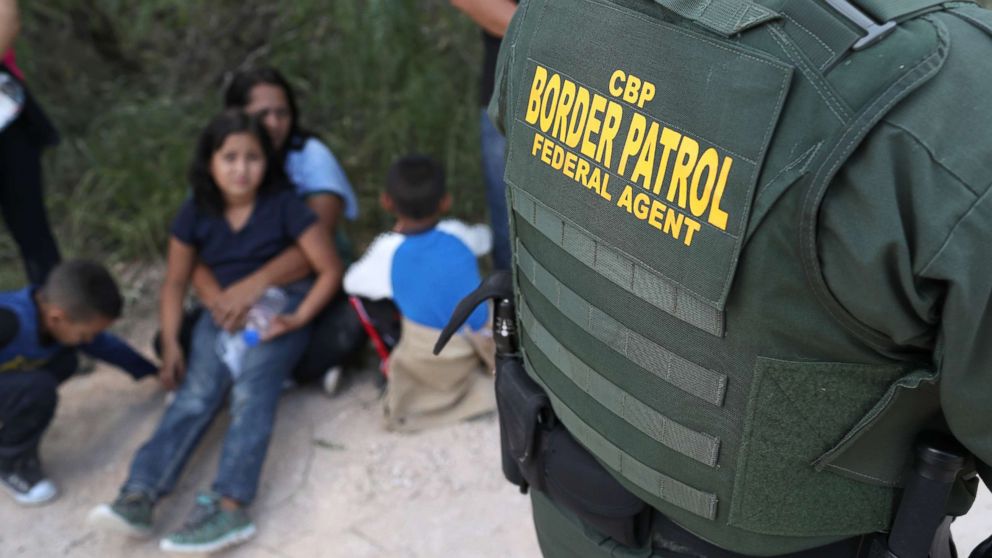 When they arrived, the group was initially told by CBP agents at the U.S. border that they were at capacity and could not process these parents, according to the migrants’ attorneys.

But after a 10-hour wait, during which volunteers brought stacks of pizzas, toys and coloring books for the children, CBP agents notified the group that they should gather their belongings in order to be processed. The families quickly followed the request, taking off belts and jewelry and pulling out all their documents to have them ready to present to officials.

As of Sunday, the parents were still waiting to reunite with their children.

For Jesus and the other parents, it was the latest frustrating step in a months-long journey to make their families whole again.

The Honduran father and his son came to the U.S. last spring to seek asylum after being beaten and threatened by local gangs back home, he told ABC News.

In a declaration that Jesus plans to file with a new asylum application, Jesus wrote that an officer told him that by “putting one foot in the U.S., the government owns my son and they would do anything they wanted.”

He wrote that he told the officer that he “wouldn’t allow it” and that the officer “tore my son from my arms and I was ordered to place my hands on the wall. When I turned around, I couldn’t see my son, but I could hear his cries.”

Jesus said he signed a document in English, a language he doesn’t speak or write; he says he it thought was an asylum application, but it was actually a deportation agreement. 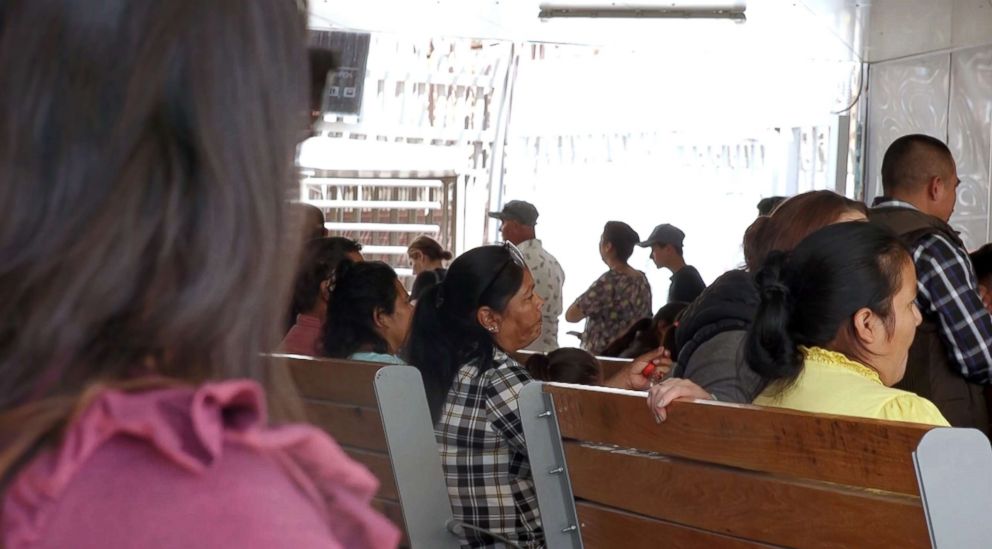 “After I signed the documents, the officer laughed and said I had just signed my deportation,” Jesus wrote, adding that when he asked the officer why he had done that, the officer said, “not to worry, that my child would be at the airport.”

At the Texas airport that day, some nine months ago, Jesus waited for Ariel.

When it was time to board, he said he did not see his son and refused to get on the plane without him.

Jesus said he accused the officer lying to him.

And Jesus said he felt like he was tricked again when the officer responded that Ariel “was probably on his way or would be on his way a couple days after, because there was a special plane that would only take minors,” he wrote in a filing.

U.S. Custom and Border Protection did not respond to repeated requests by ABC News for comment.

“If people don’t want to be separated from their children, they should not bring them with them,” Sessions said in an interview with conservative radio host Hugh Hewitt. “We’ve got to get this message out. You’re not given immunity.”

And in December, Secretary of Homeland Security Kirstjen Nielsen said the immigration system has been “pushed to a breaking point,” and lumped parents trying to cross the border with their children in with criminals.

“Smugglers, traffickers, and their own parents put these minors at risk by embarking on the dangerous and arduous journey north,” she said in a statement in December.

The group of 29 migrant parents are among the approximately 430 migrant parents who were separated and deported without their children under the Trump administration’s “zero-tolerance” policy, according to government data.

The government has identified a total of 2,816 children who were separated from their parents at the southern border last year. Of these children, 2,735 have been reunited with a parent, placed with a sponsor, or turned 18, according to a legal document filed last month by the Department of Homeland Security and other government agencies.

These figures, however, only account for separated children who were in government custody on or after June 26, 2018, when a California federal judge ordered the Trump administration to stop separating families, unless the parent was unfit or dangerous, and try to reunite them.

Last month, government lawyers did not dispute findings by the Health and Human Services Inspector General’s office that thousands more children may have been separated from their parents at the border than was previously known and that a “steep increase” of separations began in the summer of 2017, almost a year before the “zero-tolerance” policy was announced by Sessions last spring.

Some of the families who presented themselves at the U.S. border this weekend could be part of this previously unaccounted-for group. Lee Gelernt, lead attorney in the ongoing federal lawsuit that seeks to reunite separated families and deputy director of the ACLU’s Immigrants’ Rights Project, told ABC News that he “hopes these previously-deported families will now be able to reunite with their children, like the other plaintiffs” in his lawsuit. 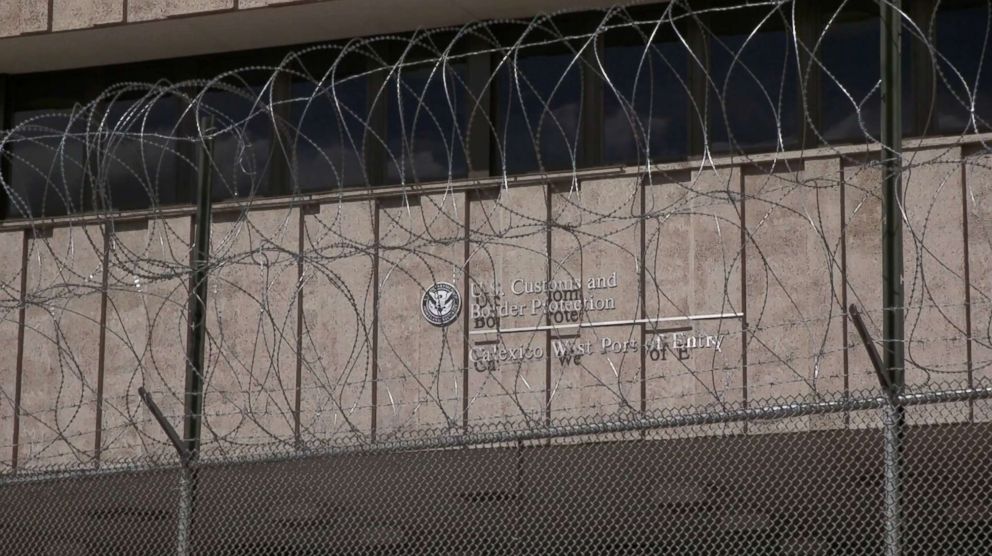 Another parent among the group of 29 families who made the trek back to the U.S. hoping to reunite with a child is Elmer, a former police officer from Honduras and the sole guardian of his 15-year-old daughter. He fled the country with his daughter in June and crossed the Rio Grande near Brownsville, Texas.

Elmer’s story has similarities to the one told by Jesus. He said he signed papers in English after arriving at a detention center he called hieleras, which means icebox in Spanish.

“The official only laughed and told me not to worry about it,” Elmer, who also asked for anonymity, wrote in a declaration. “Those were the only papers I ever signed. If I had known I was signing my own deportation, I never would have signed the papers.” 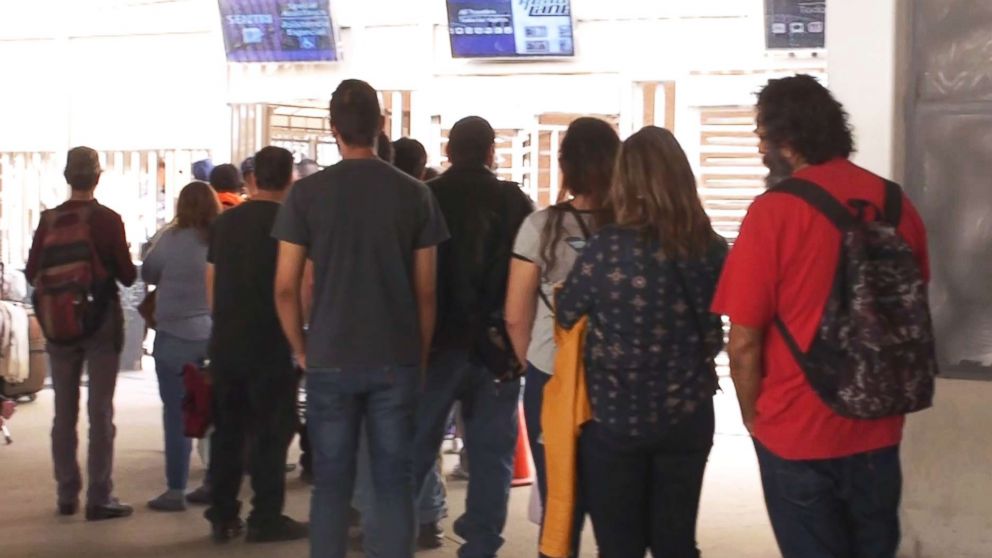 The following morning, he said his daughter woke up with a fever. Elmer said he begged the officials to help her before she was taken away. That was the last time he saw her, he said.

Amid the uncertainty and anxiety, Friday night was a mix of celebration and nerves for the migrant families staying at the Hotel del Norte, located just minutes from the U.S.-Mexico border. Elmer married his pregnant fiancee, Delsy, in a ceremony attended by 50 others.

The partygoers described it as a brief moment of happiness in a long journey, and a reprieve from their worries.

And on Saturday, the migrant families, along with a team of lawyers and volunteers, hugged and cried as they officially entered the United States.

Beyond the joy of crossing the border, the parents must now wait.

Jesus’ son, Ariel, is currently living with extended family in Washington, D.C., and has not seen his parents or sister since May, according to Jesus.

During that time, Jesus said he received gang threats again when he returned to Honduras. When he returned to the U.S. border on Saturday, he did so this time with the rest of his family — his wife, Mira, and his daughter, Riccy.

Now that he’s in the U.S., Jesus told ABC News that the first thing he wants to do is “reunite with my son.” His eyes teared up as he rested his head on his wife’s shoulder.

Both Jesus and Elmer have now filed the initial paperwork to begin their asylum applications, according to their lawyer Erika Pinheiro, the litigation and policy director for Al Otro Lado.

“This is a huge victory for these families, but this fight isn’t over until they’re reunited with their kids,” said Pinheiro. “These parents are now going into the black hole of CBP custody. Some could be separated again. Some could go into ICE custody.

“But, we hope that CBP and ICE [Immigration and Customs Enforcement] do the right thing and immediately release these parents and reunite them with their kids,” she added. “If they don’t, we’re ready to keep fighting for these families.”