570 die in nursing homes in France's east amid coronavirus outbreak

Hundreds of people have died in more than 400 nursing homes in eastern France that have been affected by coronavirus, heath authorities have said.

In total, 570 people have died since the outbreak began in France earlier this year, but their deaths are not being counted as part of the running total.

Officials have so-far held back on linking these directly to the pandemic because those who died were in generally poor health.

France became the fourth country to pass the 4,000 coronavirus deaths threshold on Wednesday, but that does not include deaths outside hospitals. 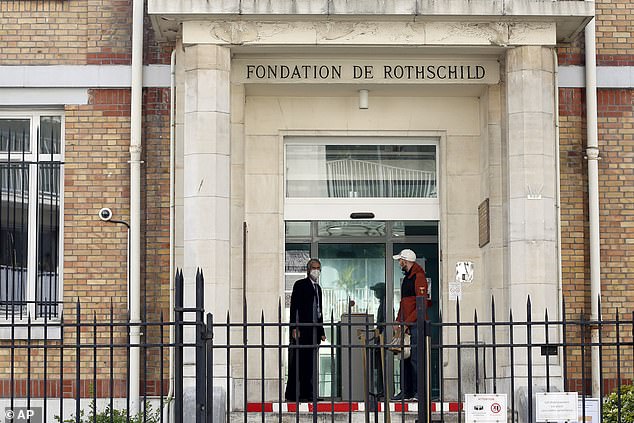 570 people have died at 411 nursing homes in France’s eastern region known to be affected by coronavirus, but are not being counted in the national total (file, a nursing home in Paris)

Fatalities in nursing homes have surged, with dozens of deaths reported across the country. Officials have held back on directly linking the deaths to the coronavirus given the age and health condition of many who have died.

‘As of March 31, 411 nursing homes have been affected by COVID-19 out of 620 in the region,’ the Grand-Est Public Health Authority said in a statement.

‘Five hundred and seventy people have died in total.’

Regions have been collating figures on the situation in nursing homes and the national health agency was due to give the figures for the country later on Thursday.

Senior care home representatives in March warned the Health Minister that at least 100,000 people could die if the situation was not brought under control.

French health authorities have also begun warning of a critical shortage of medicines being used to treat coronavirus, despite the EU insisting that supplies are being increased to meet shortfalls. 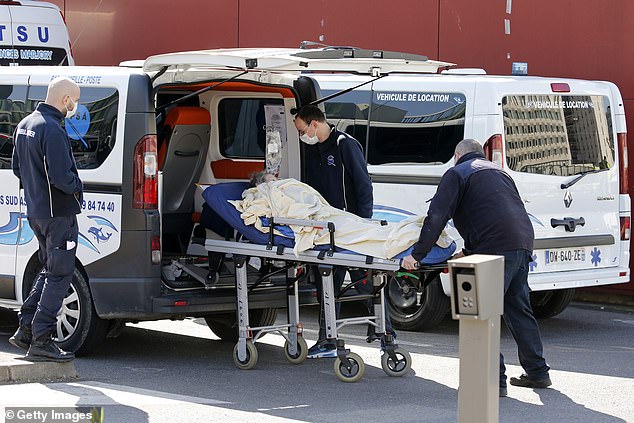 Ministers say the deaths might not be directly linked to the virus because people in the homes were already sick (file image, a patient is loaded into an ambulance in Paris)

Bloc industry chief Thierry Breton said Thursday that pharmaceutical companies are doubling their outputs to address shortages caused when chemical suppliers in China shut down as the virus rampaged across the country.

The coronavirus pandemic has placed a huge strain on hospitals in Italy, Spain, France, and elsewhere in Europe as intensive care units fill up with tens of thousands of patients suffering the same illness.

Hospital executives and doctors of nine European countries said in an open letter on Wednesday they only had up to two weeks worth of supplies of some medicines and urged greater European collaboration.

‘We foresaw there would be tensions over a number of medicines, notably those associated to intensive care treatment,’ Breton told France Inter radio.

‘Industry players have been summoned. Today, they are doubling production and I think we’re going to be able to address the situation,’ he said, without elaborating.

Many countries around the world rely on China, the source of the outbreak, for drug ingredients and now find themselves grappling with how to avoid shortages. 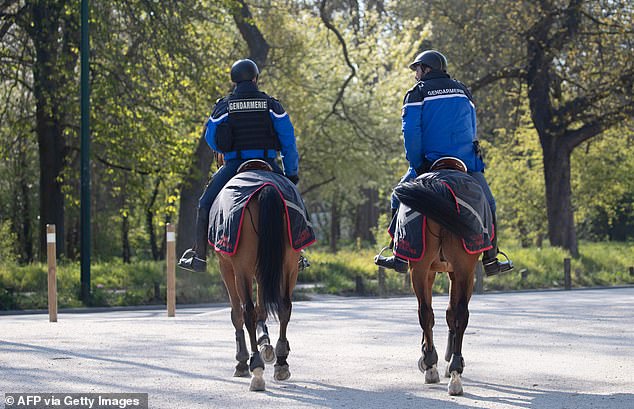 France has so far reported more than 4,000 deaths from coronavirus, but is only counting those who died in hospital (file image, police patrol a park in eastern Paris)

France has said 40 per cent of its drug ingredients are imported from China, where the coronavirus forced the closure of factories early in the year. They are only now beginning to reopen.

EU documents show that barely a month before Europe scrambled to find masks, ventilators and testing kits, national governments were telling Brussels their healthcare systems were ready and there was no need to order more stocks.

Officials with the European federation of pharmaceutical industries (EFPIA) were not immediately reachable for comment.

Doctors in France, which became the fourth country to pass the 4,000 coronavirus deaths threshold on Wednesday, have said levels of morphine and antibiotics, among other drugs, are running alarmingly low.

France’s drug safety regulator said earlier this month stocks of anaesthetic drug Propofol, manufactured by Germany’s Fresenius, were running low and new supplies would not be available in France until mid-April.

French doctors have also cited Pfizer’s curare as another drug they need more of.

The head of the World Health Organization voiced deep concern on Wednesday about the rapid escalation and global spread of COVID-19 cases from the new coronavirus, which has now reached 205 countries and territories.