750kg of Wimbledon's strawberries to become jam after cancellation

Wimbledon strawberries preserved: Huge 750kg crop will be turned into jam after this year’s tennis tournament is cancelled due to coronavirus

They are all part of the experience for tennis fans who are happy to part with £2.50 for a bowl of them.

But despite the cancellation of this year’s Wimbledon, they can still enjoy the taste of strawberries – as jam.

The two-week tournament, which was due to start on June 29, would have sold up to 38 tons of the fruit in nearly 200,000 portions. 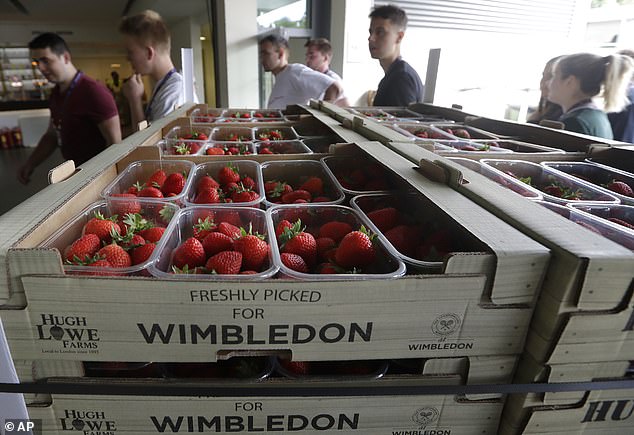 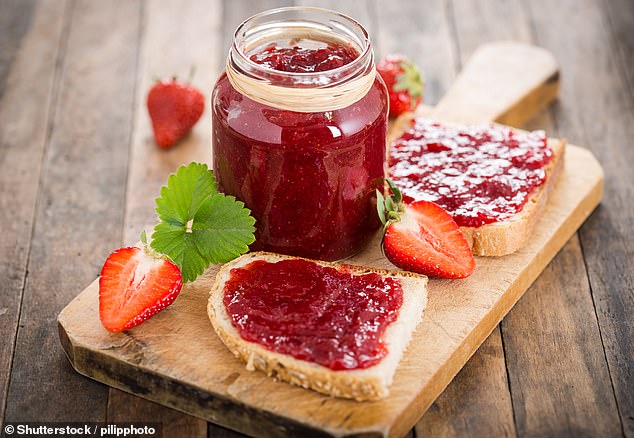 With the Wimbledon Championships selling around 38 tons of strawberries each year, the tournament organisers have asked for 750kg of the fruit to be turned into jam, with the remaining stock going to supermarkets, schools or foodbanks

But the coronavirus pandemic has forced organisers to come up with an alternative for the huge crop especially grown by supplier Hugh Lowe Farms in Mereworth, Kent.

This year, 750kg will be turned into jam by England Preserves. The rest will be sold at supermarkets and grocers, sent to schools or given to food banks.

A spokesman for Wimbledon said unsold fruit is historically made into the preserve but ‘this year we are specifically ordering strawberries to make jam’.