As 190 new cases were reported on Saturday, concerned public health officials and epidemiologists said Victoria still had a chance to bring the third wave to heel, and protect the regions from uncontrolled spread, but that will require people to “follow the rules”.

“There’s no question that it’s hard [but] the alternative is too awful to contemplate,” Victoria’s Chief Health Officer Brett Sutton said. “Tens of thousands of cases could be our reality if we don’t maintain those really tricky constraints on our life.”

Epidemiologist Professor Adrian Esterman said his modelling showed that, in a week, daily cases could climb to close to 450. 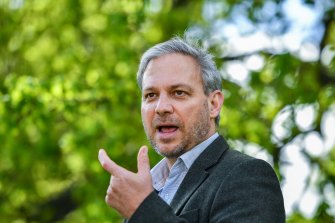 By September 23 – when 70 per cent of the eligible population are vaccinated with one dose and it’s hoped some restrictions can be eased – the chair of biostatistics at the University of South Australia said he was estimating 1834 daily cases, higher than the record 1533 cases reported in NSW on Saturday.

“The trouble at the moment is that the epidemic curve for Victoria is now much deeper than NSW was at this point in the outbreak,” he said. “Cases are going to go very fast, unless something else happens, unfortunately.”

Professor Esterman said his modelling showed NSW could hit around 4300 cases a day towards the end of September, presenting what he described as a “nightmare scenario” for the state’s struggling hospital system.

The professor said the margins of his modelling were wide, for Victoria ranging from around 600 to 3000 cases in the September 23 scenario, and assumed there weren’t major changes to restrictions or vaccination uptake.

There are advanced plans in place to rapidly increase the number of beds needed for future COVID patients in Victoria, but the Australian Medical Association has warned that the Victorian health system has been too stretched for too long, and more preventable deaths were likely as cases climbed.

After days of increases, Saturday’s case count of 190 was lower than the 208 recorded on Friday. 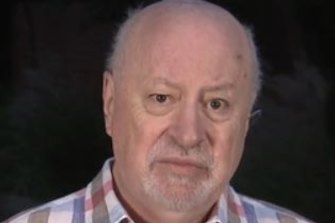 The next few days will be crucial in determining where the state’s outbreak is heading, said Professor Nancy Baxter, with a risk the situation could surpass the NSW outbreak if people didn’t respect public health restrictions, which mean people have to largely stay within five kilometres of their home.

The head of Melbourne University’s School of Population and Global Health said she was concerned some people had interpreted Wednesday’s news that the state was departing from a “COVID-zero” strategy as a sign they could be more relaxed in their behaviour.

Professor Baxter said it was especially crucial that Melburnians not travel to regional Victoria, as hospitals there didn’t have capacity to deal with major outbreaks.

There are plans to ease restrictions in the regions, and Professor Sutton said while the “ring of steel” would not be reinstated, Victoria Police would be monitoring routes from the city.

In NSW, where a Delta outbreak has been growing since June, there are now more than 1000 COVID patients in hospital, including 173 people in intensive care. Worrying stories are emerging from the stressed hospital system, where beds are being established in a makeshift ICU and nursing ratios watered down.

Tragically, the state continues to report deaths in unvaccinated older people, who had been eligible for a vaccination for months.

In Melbourne, the northern and western suburbs continue to report the highest number of cases. There were 96 reported in the northern suburbs on Saturday and 55 in the west, compared to 25 in the south-east and inner-south.

The head of Monash University’s epidemiological modelling unit James Trauer called for a greater focus on vaccinating younger essential workers, who were transmitting the virus.

Associate Professor Trauer said the situation in NSW was the clearest indication of where numbers were heading, but given Victoria had proven vulnerable to COVID-19 outbreaks, the state may need an even higher rate of vaccination to stem the outbreak.

“Melbourne, being a colder and more temperate big city, has always just had more trouble,” he said.

“I suspect that [the numbers will] go up substantially over the coming weeks and we’ll see quite a lot of hospitalisations, which is a bit scary.”

Victoria is significantly behind NSW when it comes to first doses of COVID vaccines. About 72.6 per cent of people in NSW have received at least one dose, compared 59.7 per cent in Victoria. Worryingly, rates are significantly lower in hotspot areas of Melbourne.

Professor Sutton said there was a huge amount of outreach work being done – from religious to sporting organisations – to reach groups in these communities. Friday was the second-largest day for vaccines on record, with 35,464 administered and an additional 47,000 bookings made.

Professor Sutton said there were still 25,000 AstraZeneca bookings available over the next seven days and urged the public to take them up.

He said there was “every possibility” Victoria is following “a slow and steady increase in the way that NSW has”, but the worst NSW daily caseloads could be avoided if people kept coming forward to vaccination.

“I’m hoping, and I think it’s entirely possible, that we can plateau … we’ve got a real opportunity to get to a higher vaccination coverage level with a relatively lower [than NSW] caseload.”