A cheeky Ardern confirms 'Tinder liaisons' up to 25 people allowed

New Zealand’s more ‘adventurous’ citizens can rest easy as the Prime Minister confirmed rendezvous of up to 25 people are allowed after months in lockdown.

Ms Ardern was talking to hosts Hilary Barry and Jeremy Wells about New Zealand’s ‘traffic light’ system when the risqué topic came up. 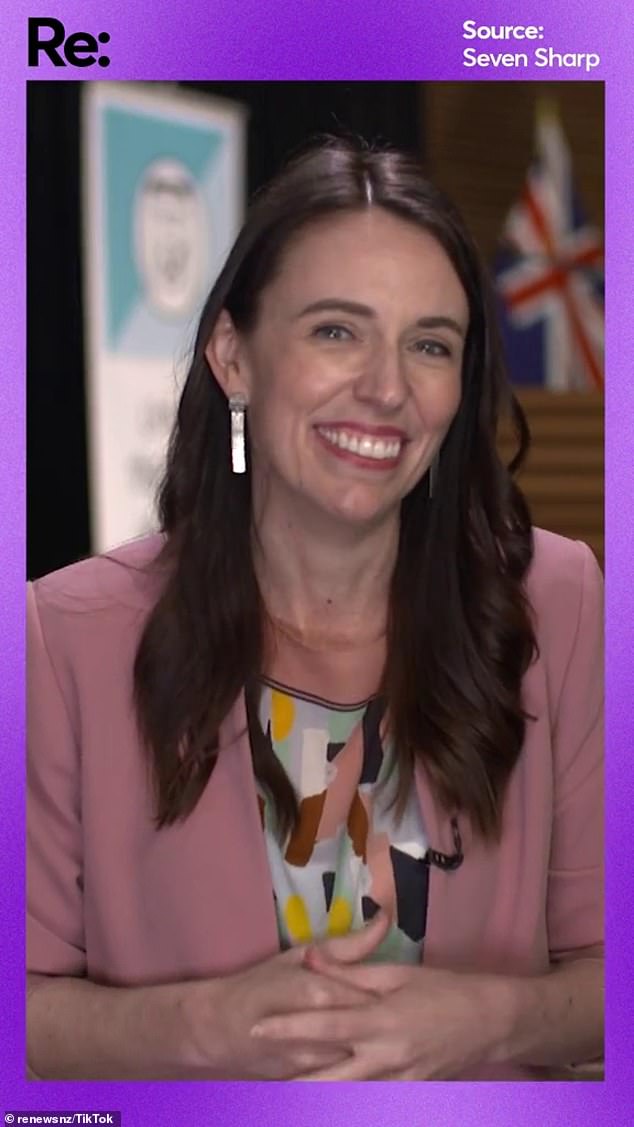 ‘I can confirm that Tinder liaisons have reopened,’ Ardern told the hosts.

‘It’s not strictly embedded in the traffic light system but um, it is a given, up to 25 actually, in a red area.’

It’s not the first time the Ms Ardern has had to answer some X-rated questions in regard to New Zealand’s lockdown rules.

After NZ released an ambiguous ‘Two Shots’ vaccination ad that told Kiwis they needed ‘two shots to do the deed’ many were left with more questions than answers.

New Zealand comedian Chris Parker asked the question on everyone’s mind – when are hookups – allowed on an Instagram video.

The PM was quick to respond with a blushing emoji but didn’t clarify the rules around the subject.

New Zealand re-entered lockdown in August after the first case of community transmission was recorded in six months.

The country has been in varying stages of lockdown since with the new system introduced to help confusion about different rules in various areas.

One Kiwi died with the virus on Wednesday and 74 new cases were reported.

All of New Zealand – except for Northland – will be moved to an orange light before New Years celebrations.

Areas with a green light has few restrictions.

Red light areas have limits on gatherings – regardless of vaccination status