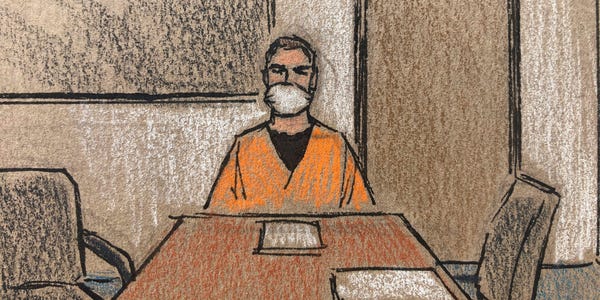 Derek Chauvin, the former Minneapolis police officer who pinned down George Floyd's neck with his knee, is allowed to live in states outside of Minnesota as he awaits trial over his charges for second-degree murder, third-degree murder, and second-degree manslaughter, per a district county court order Thursday.

Hennepin County Judge Peter A. Cahill said the Minnesota Department of Corrections provided "evidence supporting safety concerns that have arisen" since Chauvin's release. Cahill added that Chauvin, who has "no permanent address," should "establish residency somewhere in the State of Minnesota or a contiguous state as soon as possible" and immediately report the address to authorities.

Chauvin was released from custody upon posting $1 million bond on Wednesday. In late August, he requested the dismissal of his murder and manslaughter charges.

The ex-police officer, who had received 18 complaints during his 19-year career, claimed through his attorney that he had "acted according to MPD policy, his training, and within his duties as a licensed peace officer of the State of Minnesota."

Eric Nelson, Chauvin's attorney, did not immediately respond to Insider's request for comment on the cited "safety concerns."

The killing of Floyd, who gasped his last words "I can't breathe" before losing consciousness, has sparked anti-racism protests across the country and around the world.