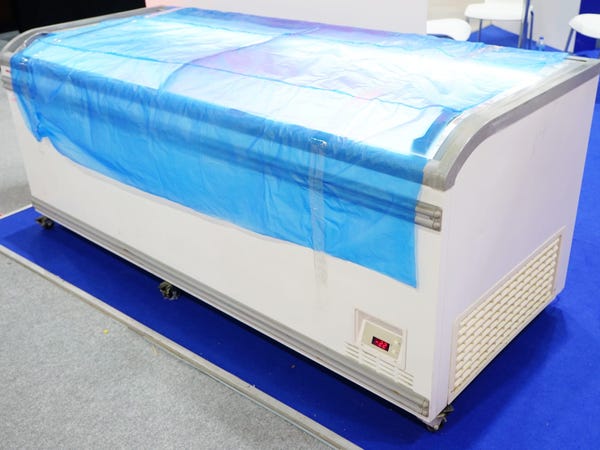 Selena Ann Bradley's body was found in a freezer on Monday. The 23-year-old mother was pregnant with her third child at the time of her death.

Bradley had been missing since October 16, according to local outlet KTXS.

The San Angelo Police Department found Bradley's body when searching the home of her boyfriend, 39-year-old William James Hernandez, who also goes by the name Martinez. Bradley's body was discovered in the kitchen freezer, and she was wrapped in a blue tarp.

Hernandez was arrested on Tuesday after an hours-long manhunt. The police first found Hernandez at a car wash, but he fled, leading them on a high-speed car-chase. Hernandez ended up crashing his vehicle and running away on foot according to People.

Police eventually apprehended him after receiving a citizen tip about him early Tuesday morning, as Oxygen reported. Hernandez is now in the Jones County Jail, and his bail was set at $1 million.

The police have not yet announced the cause of Bradley's death, but the arrest affidavit obtained by KTXS noted that Bradley had "marks on her neck and the left side of her face consistent with being struck and assaulted."

Hernandez became a suspect in Bradley's disappearance early on, with court records indicating he had alluded to her death to multiple people.

He told his friend Tony Chambliss that "he had done something terrible and he would go to prison for life" and that "the body was in a freezer," according to court records reviewed by KTXS.

Hernandez also reportedly called his four-year-old daughter on Saturday, telling her that he killed Bradley as she cried. At the time of writing, it wasn't clear if the child is his daughter with Bradley or someone else.

Christie Skelton, Bradley's mother, also told KTXS that Hernandez used Bradley's phone to impersonate her on Facebook on Saturday. According to KTXS, he wrote, "Listen im fine. Im ok im just want to be left tf alone. when im ready to come back I will. I have to get me and my happiness together. Im good where I'm at."

Hernandez had been previously arrested, KTXS reported. He was indicted on five counts of child sex crimes against a child younger than 14 in 2019, including sexual abuse of a child, sexual assault of a child, and indecency with a child by sexual contact.

Hernandez was arrested for the crimes in February and was set to attend trial in September.