A third think 'woke' is an insult, but a quarter say it's a COMPLIMENT

Term of endearment: A third of us think being branded ‘woke’ is an insult… but a quarter take it as a COMPLIMENT, new study shows

The UK is increasingly divided by culture wars – with division over the phrase ‘white privilege’ and the word ‘woke’, a study has found.

Thirty-six per cent of the public believe ‘woke’ is an insult – compared with 26 per cent who think it is a compliment, according to the results.

The phrase ‘white privilege’ is seen as an unhelpful term for race relations by 51 per cent, while 23 per cent see it as helpful.

It refers to the idea that white people benefit from structural racism and society’s unconscious biases. 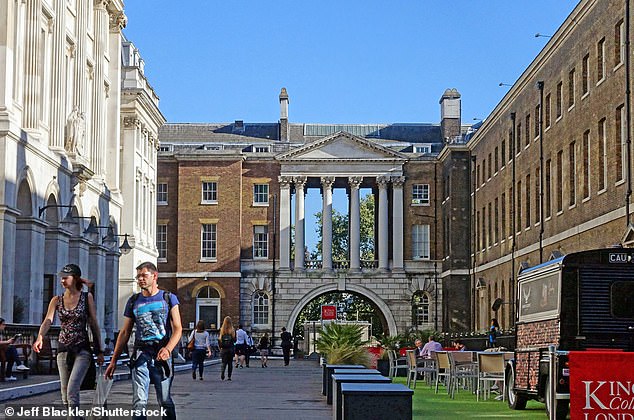 The increase was the highest in the over-55s, from 44 per cent to 57 per cent across the two years.

The poll by King’s College London comes amid a growing row over whether universities, schools, museums and other public sector institutions should ‘go woke’.

Many have been censoring facts and views that they claim will ‘offend’ minority groups, but critics say this is a violation of free speech and amounts to ‘cancel culture’.

Gideon Skinner, of Ipsos UK, which conducted the study, said: ‘The research suggests that certain groups – notably older people, and Conservative and Leave supporters – are moving from a position of not really knowing what ‘being woke’ means to now clearly seeing it pejoratively.’