A truly 2020 crisis: Hand sanitizer buildup caused the breakdown of a ballot scanner in Iowa on Election Day 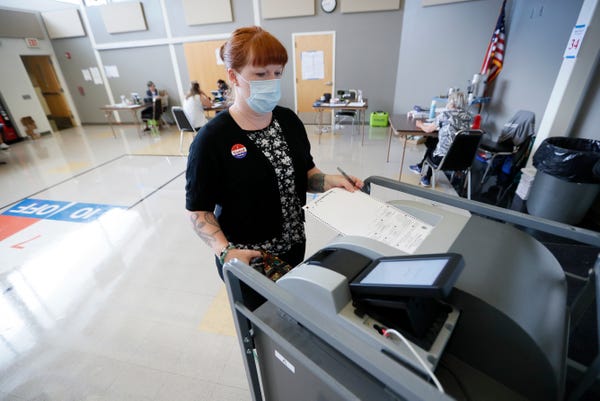 Election workers in Des Moines, Iowa, got a lesson in voting  during Covid times on Tuesday when a ballot scanner was briefly taken out of service by a buildup of hand sanitizer, the Associated Press reported.

A spokesperson for the Iowa Secretary of State's office told the AP that voters' hands were still wet when they filled out their ballots and, over time, the scanner stopped working.

It took about an hour to get the machine running again. To prevent the problem from reoccurring, poll workers moved the hand sanitizer station further away from the machine, the AP reported.

Iowa is a swing state and has evenly split its vote between the two major parties in the last 12 years.

It is considered one of the tossup states in the presidential election.