Here are two statements that don't paint an encouraging picture for teams about to play the Green Bay Packers:

The Packers quarterback told reporters on Wednesday that he is no longer receiving pain-killing injections for his fractured pinkie toe and believes he will be 100 percent by the time his team takes the field for their first playoff game.

"I haven't taken [a painkilling shot] in a number of weeks now, so that's been the most encouraging thing. Got through last week without doing one. It was just a pretty standard shot in the toe, very painful, numbing agent. That helped get me through the games. The whole goal was to be able to not have to do that and it's been a few games without doing that. So I'm feeling good, practiced today, close to 100 percent. I think I should be 100 percent probably by next week."

Per NFL.com, Rodgers was a full participant in practice on Wednesday. 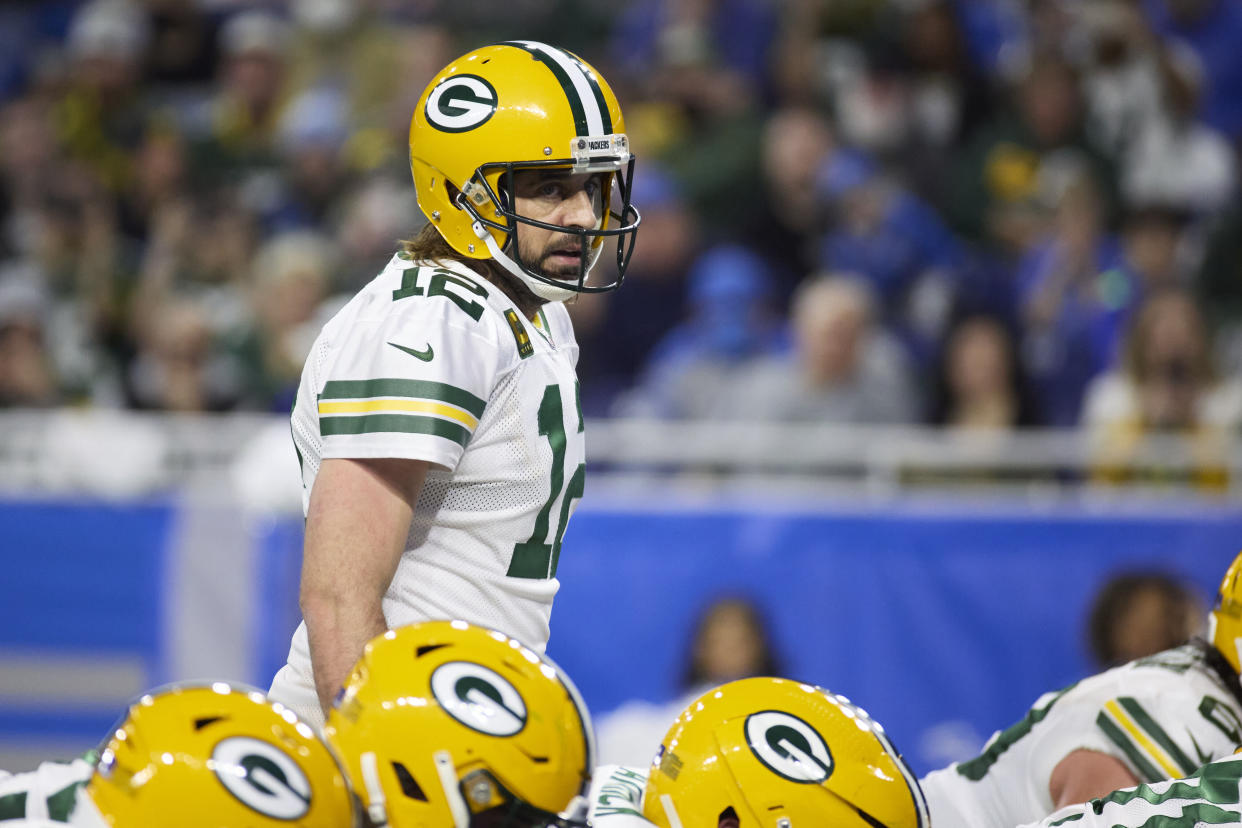 Rodgers has been dealing with that fractured toe since he injured it while in quarantine for his positive COVID-19 test. It became a very famous fractured toe when Rodgers joked he was suffering from COVID toe, had the claim taken seriously by some outlets and responded by showing the bare toe to reporters during a Zoom news conference.

Since that episode, the toe has been a persistent annoyance for Rodgers, requiring multiple injections to keep him on the field. There were concerns he would have to undergo surgery on the toe and there was a setback with toe in December, but none of that stopped him from leading the Packers to an NFL-best 13-4 record.

Rodgers finished the season with 4,115 passing yards, a 68.9 completion percentage, 37 touchdowns, four interceptions and the best passer rating, touchdown rate, interception rate and QBR in the league. At -500, he is the overwhelming favorite for NFL MVP at BetMGM.

Now, Rodgers and the Packers are sitting pretty with a first-round bye. They will face the lowest seed remaining from the wild-card round, which will be one of the Los Angeles Rams, Arizona Cardinals, San Francisco 49ers or Philadelphia Eagles.