The man charged with directing a massive drug-smuggling operation from inside Barwon Prison has been jailed for 32 years for murdering a man in a shooting outside a Melbourne shopping plaza.

Australian Federal Police allege George Marrogi was this year directing criminal operations for a drug syndicate while pretending to be speaking to his lawyer on a prison phone. They have charged him over his alleged connection to $55 million worth of methamphetamine and heroin that was seized by investigators in February. 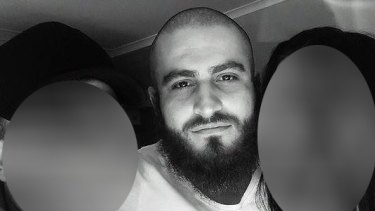 Marrogi was in prison awaiting sentence for the murder of Kadir Ors, whom he fatally shot outside Campbellfield Plaza on September 26, 2016. On Friday, he was ordered to serve at least 27 years before he is eligible for parole. Marrogi was found guilty of murder by a Supreme Court jury last year.

Justice Paul Coghlan said the 33-year-old had spent 15 of the past 16 years in custody for other crimes and time on remand over Ors’ death. Marrogi was arrested and taken into custody the day after he shot Ors and sat through three trials, which all ended without verdict, before he was found guilty by a fourth jury.

One of Marrogi’s prior trials was aborted when a juror reported to the judge her concern that she saw an associate of the accused man in her apartment building. Coghlan discharged the jury over concerns the juror’s worry had contaminated the rest of the jury.

Marrogi maintains he wasn’t the gunman, but Coghlan said the jury’s verdict and forensic evidence – he was found to have fired 13 shots from a .22 semi-automatic pistol at Ors and hit him at least seven times – satisfied him of an intention to kill.

“This is one of the most blatant examples of murder that I have seen,” said Coghlan, who marked his final day on the bench on Friday after 15 years as a Supreme Court judge. 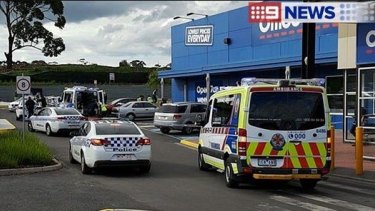 The scene of the fatal shooting in Campbellfield.Credit:Nine

He said Marrogi’s act in chasing Ors through the car park, while shoppers were nearby, and then shooting him from five metres before driving off, “has about it a high degree of lawlessness”.

Marrogi drove through the car park in a stolen red Holden Commodore before he spotted Ors sitting at a bus stop with two other men. He got out of the car and chased Ors, firing eight shots before returning to the Commodore and firing another five shots.

As Marrogi drove away from the shopping centre he was followed by a white Jeep – the vehicle Ors was in when he arrived at the plaza – but the gunman stopped the Commodore at a roundabout in Broadmeadows and fired more shots at his pursuers, which prompted them to give up the chase.

Ors, 24, suffered wounds to the buttocks, back and legs and died in hospital. Marrogi’s lawyers later argued the wounds showed their client didn’t intend to kill the other man, but Coghlan was satisfied “that firing 13 shots at an unarmed man speaks of an intention to kill”.

Coghlan said it had not been established why Marrogi wanted to kill Ors, and that the younger man’s family had no explanation for his death. However, it was clear Marrogi knew where to find his target that afternoon.

His criminal past meant he was to be sentenced as a serious violent offender, Coghlan said.

The judge acknowledged Marrogi, who came to Australia as a child refugee from wartorn Iraq, had been diagnosed with post-traumatic stress disorder and his time in custody had been difficult in recent years, which included stints in solitary confinement and the grief caused by the death of a sister from COVID-19.

Coghlan noted Marrogi had been charged recently with unrelated offences and said he didn’t take them into account.

In addition to the charge of directing the activities of a criminal organisation, Marrogi was also last week charged with importing a commercial quantity of border controlled drugs, which federal police allege was smuggled into Australia in cargo parcels from Thailand.

Marrogi is to next face court on the new charges in August.

Victoria Police said this week they had thwarted a murder planned for last weekend linked to the organised crime group, and had charged dozens of people connected to that gang. No one has been charged over the foiled murder plot.