Film crew who were making a drama about suicide watched in horror as man walked into scene and leapt to his death from tower block, inquest hears

A crew filming a drama about suicide in a high-rise tower block watched in horror as a man snuck onto set and jumped to his death, an inquest heard.

Actress Olivia Emden, 28, smiled at window cleaner Paul Child thinking he lived in the next door flat before he plunged 100ft from a balcony.

Olivia – who recently appeared in Brave New World on Sky, and has acted alongside Eva Green and Charles Dance – was starring in a short picture directed by students from Leeds Film School when the tragedy unfolded.

The student drama also contained scenes that concerned suicide in a terrible reflection of the real-life tragedy.

Wakefield Coroner’s Court heard dad-of-two Paul, 53, had been a voluntary patient on the Becklin Centre mental health ward of St James’ Hospital for a month before his death. 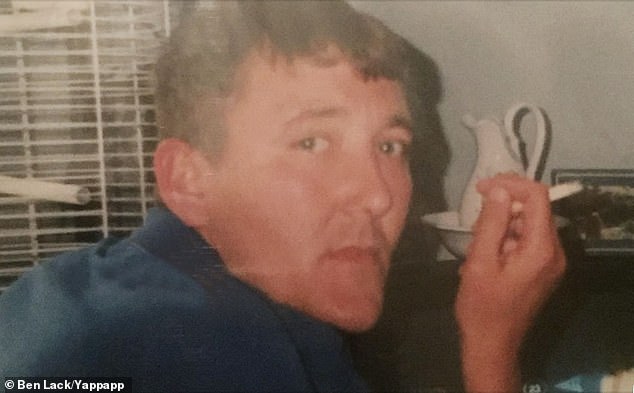 Wakefield Coroner’s Court heard dad-of-two Paul Child, 53, had been a voluntary patient on the Becklin Centre mental health ward of St James’ Hospital for a month before he walked onto a film set in Leeds and jumped from the balcony

He had self harmed, taken overdoses and attempted to hang himself in the past, but was off alcohol and illegal drugs whilst on the ward.

He had wanted to get better and return home, the inquest heard. 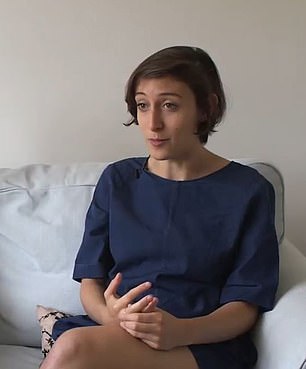 Actress and screenwriter Olivia Emden, 28, from London (pictured), smiled at Mr Child thinking he was a resident in a flat neighbouring the film set before he plunged to his death

However, Paul, who was a huge Leeds United fan, was allowed unsupervised leave from the hospital’s un-gated Becklin Centre and at 10.17am on 1 March, last year, he made his way to the movie set.

The movie makers had leafletted residents on a number of floors on the nearby tower block to inform them filming was taking place.

Paul was buzzed in by a builder and took the lift to the eighth floor.

Olivia told the inquest that she was a professional screenwriter and actress, living in London.

In January she landed an acting job working with the Leeds Film School, part of the West Yorkshire city’s Beckett University, and filming began in February.

Students from the school had arranged for the use of an empty flat, number 54 Ferriby Towers, in the Lincoln Green area of Leeds.

The block of flats was just a few minutes walk from the Becklin Centre where Paul was treated.

They had organised a five-to-six day filming period and 1 March was the final day of the shoot. Students from Leeds Film School, part of the West Yorkshire city’s Beckett University, had arranged for the use of an empty flat, number 54 Ferriby Towers, in the Lincoln Green area of Leeds, to film a drama which contained scenes of suicide (Pictured: The scene after his death) 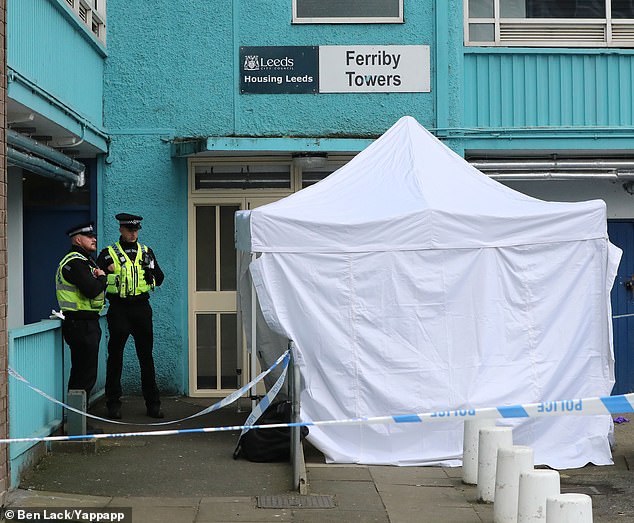 Mr Child made his way onto the set and smiled at the actress before his death on March 1 last year. Pictured: A police tent around the time of his death

Olivia told the inquest that she arrived at flat 54 around 10am.

The flat was on the eighth floor of the nine floor council building and it was accessed by lifts and stairs and it shared a communal balcony which ran the length of one side of the tower block.

Olivia said they had started filming when she spotted a man in her peripheral vision who she had not seen before, and said she assumed he was a resident.

The inquest heard that the crew had never seen anybody on the balcony during the previous days’ shoots.

Paul was standing two to three metres away as she sat down and he was looking back at her as he smoked a cigarette.

‘I smiled at him and he smiled back’, said the actress.

‘I suddenly saw him swing himself backwards and launch himself over the balcony and down.’

Olivia said she ‘didn’t believe’ what she’d seen and she shouted out ‘someone has just jumped’.

Film crew member Emelio Trufonos told the inquest that he arrived at the locked communal entrance to Ferriby Towers at 10.30am and he spoke to Paul, who was also waiting. They were both buzzed in together.

At the time of the tragedy Melissa Johnson, 30, who lived on the seventh floor, said: ‘The poor guy that killed himself did not live in this block.

‘He has made a point of coming here and getting buzzed in before going to the floor where the students have been filming for the last three days. 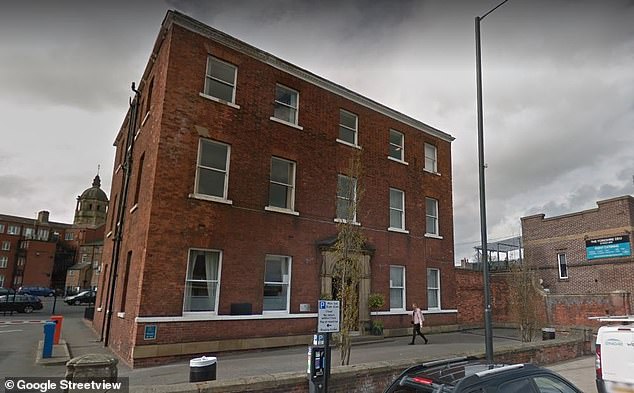 ‘The students put leaflets through our doors informing us that they were filming in the block and we knew the drama was about suicide.

‘The guy has not gone to the ninth floor, which is the top floor, he has chosen the eighth floor and a spot right outside where the students are filming to jump.’

A post mortem concluded Paul died from multiple injuries and a toxicology report found he had minimal alcohol and only medication drugs in his system.

His former partner Marion Dyer told the inquest: ‘Paul was very funny, humorous. He made everybody laugh.’

But after losing his brother and both parents he fell into depression, drink and drugs.

The inquest heard that Paul, as a voluntary patient, was checked five times a day, the first being at 7.30am when he was given his medication. The next check would have been noon.

Paul was allowed to leave the ward unescorted, as he had done many times before without incident.

‘On 1 March there was nothing different about him or anything to cause concern, even with the benefit of hindsight,’ said the assistant coroner.

She said Paul was classed as ‘significant’ risk by medical staff and he had made numerous attempts on his life.

‘Paul caused himself to fall over the balcony at Ferriby Towers and took his own life,’ she said. ‘This is a tragic case.’

For confidential support 24/7 in the UK, you can call the Samaritans on 116 123 or visit their website here.