A long-nosed echidna has been captured emerging from his burrow at Sydney’s Taronga Zoo.

The rare monotreme named JR was spotted crawling out of his underground home as guests were invited back to the zoo under relaxed coronavirus restrictions.

JR was captured leaving his dugout in an off-exhibit area and having something to drink before scurrying back into his warm burrow on a cold winters morning. 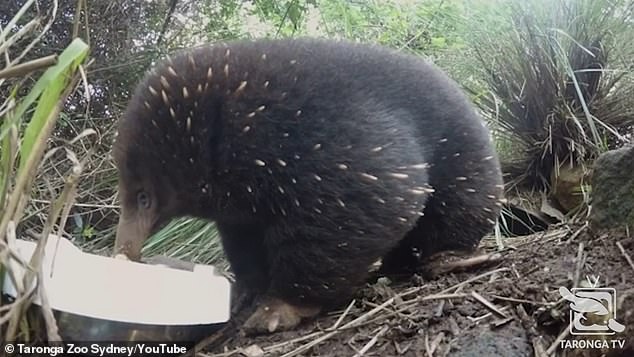 Long-nosed echidnas are native to the highlands of New Guinea, unlike short-beaked echidnas which are found in most parts of temperate Australia.

The species has suffered a drastic drop in population of around 80 per cent since the 1960s due to overhunting and habitat loss.

Taronga Zoo Sydney and Taronga Western Plains Zoo in Dubbo opened for guests from Monday with a wealth of new safety features in place for guests following COVID-19. 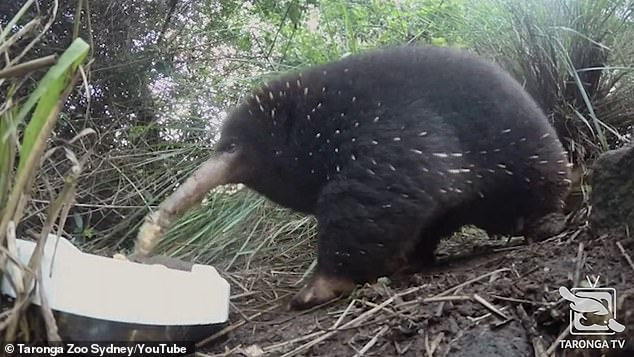 Changes include increased signage for guests to encourage social distancing measures and hygeine, with hand sanitiser stations throughout zoo grounds and thorough cleaning procedures for amenities and buildings.

Visitor numbers will be limited, with some petting areas temporarily closed and contactless payments preferred over cash.

‘Whilst the past week has been a busy one preparing to reopen, the wider Zoo team have been working hard during the closure period to complete a number of projects,’ Taronga Western Plains Zoo Director Steve Hinks said.

‘These projects will improve our guest experience as well as further enhance some of our animal habitats.

‘We think guests will definitely notice the changes we have made as well as how good the zoo looks thanks to the recent rainfall over the past few months.’ 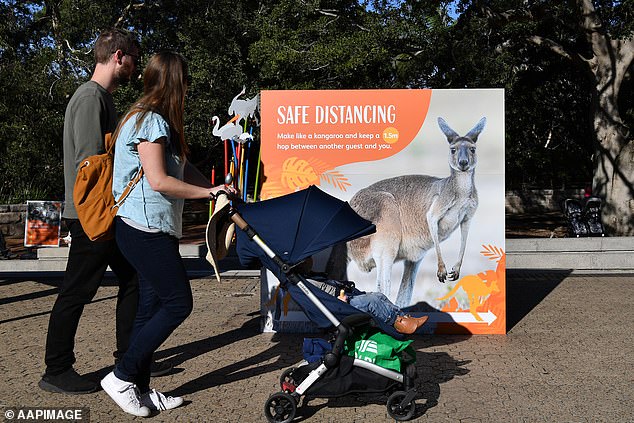 Celebrities send prayers and love to Beirut after massive explosion
We and our partners use cookies on this site to improve our service, perform analytics, personalize advertising, measure advertising performance, and remember website preferences.Ok