Having a ruff time! Adorable moment puppy flails around as it struggles to climb on to a sofa

A puppy is left wriggling and flailing as it tries to climb onto a sofa in this adorable video.

One-year-old Arko the Keeshond was filmed desperately trying to make the climb by owner Evelien Neyt, 24, in her living room in Lochristi, Belgium.

However, it seems Arko hasn’t quite managed to art of sofa climbing just yet. 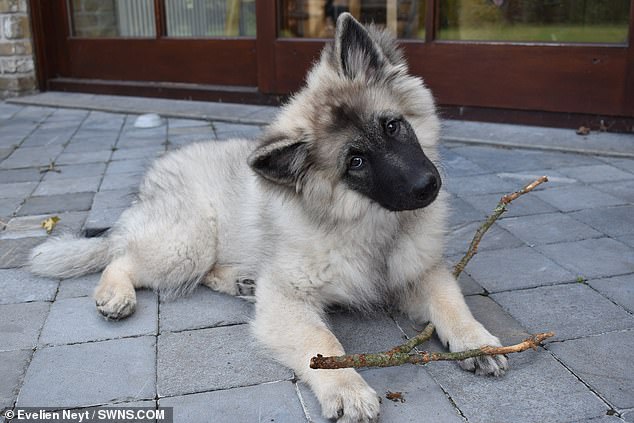 One-year-old Arko the Keeshond (pictured) was filmed desperately trying to make the climb by owner Evelien Neyt, 24, in her living room in Lochristi, Belgium 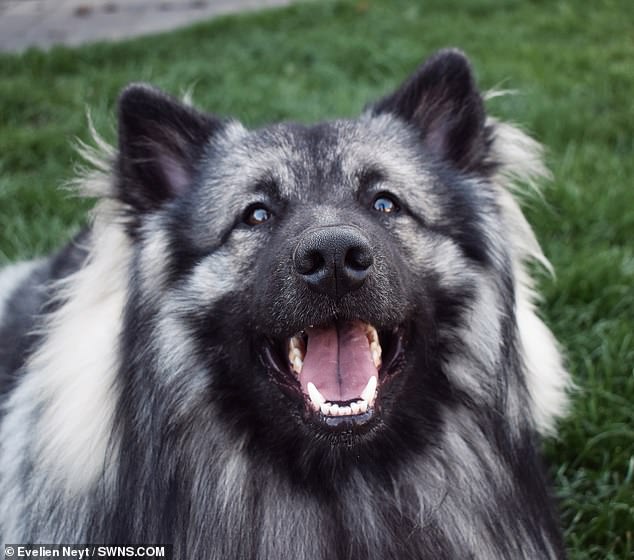 He is seen clinging to the sofa with his front paws while his back legs kick out to try and push himself up.

Accompanying the video are subtitles edited to reflect what Arko is thinking as he tries to climb the sofa.

‘Stop filming and help me human. For fluff sake.’

Evelien said: ‘Arko was trying to climb up the couch but failing.

‘I thought it was funny and cute. Because he tried all the time, and sometimes this happened.

‘I thought it was funny but never could have guessed others would find it so funny.’

The video was shared on Instagram by Arko’s own account on June 5 as a throwback to the original upload nine months earlier.

The original video was posted on August 2 last year and was viewed more than 4,600 times.

Keeshond, pronounced KAYZ-hawnd, is a type of dog breed originating in the Netherlands and is related to the German spitzes.

Locally it was known as the Dutch Barge Dog because they would act as companions and guards on barges and small boats on canals and rivers in the Netherlands.

They are incredibly social dogs who need to be involved in all aspects of family life.

Keeshond issue warning barks if it senses a threat to its family.