Afghan interpreter who suffered PTSD is shot and killed

A former Afghan interpreter who suffered from PTSD after serving with US special forces has been shot dead after charging at cops with a six-inch kitchen knife.

Harrowing footage shows Ajmal Amani, 41, running at officers and being shot four times in the stomach and leg before slumping to the floor inside the narrow corridor of the residential hotel where he lived in a city-rented room in San Francisco.

Amani had been shot several times during his five years of service with the Navy SEALs in his homeland and had suffered from PTSD as a result, according to his former lawyer and case manager.

The interpreter, who came to the US on a visa in 2014, had been ordered to complete mental health treatment after prior criminal charges, including assault with a deadly weapon in 2019 for allegedly slashing a city park ranger with a box cutter.

Police were called to the hotel on Friday morning after reports that a man was screaming and yelling and had a knife. Amani’s case manager also called 911 to report that a co-worker said Amani was having ‘a really bad episode.’ 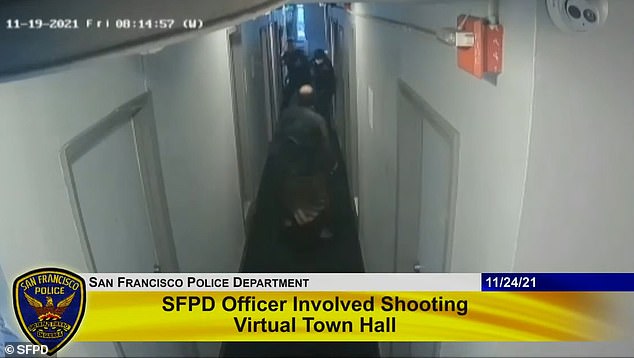 Harrowing footage shows Ajmal Amani, 41, running at officers and being shot in the stomach and leg at the residential hotel where he lived in a city-rented room in San Francisco 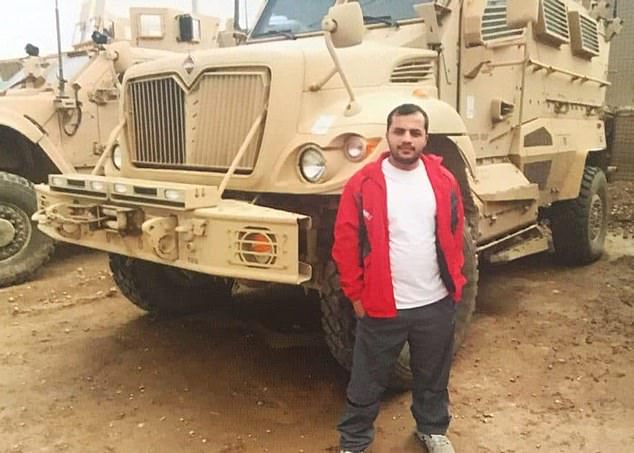 Amani had been shot several times during his five years of service with the US Army in his homeland and had suffered from PTSD as a result, according to his former lawyer and case manager (pictured: an undated photo showing Amani standing in front of a US military vehicle) 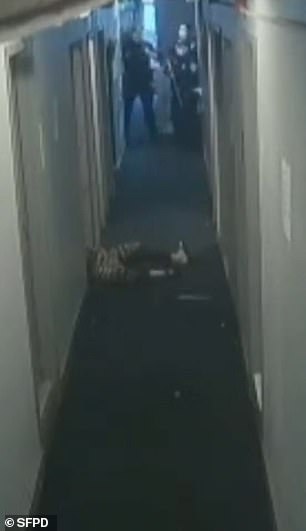 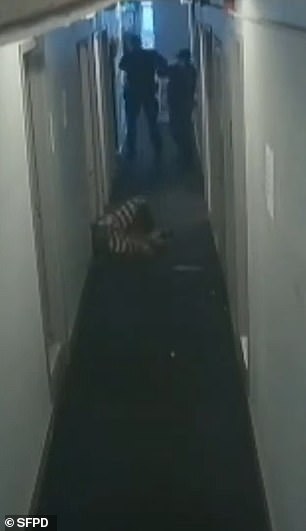 They show Amani holding and gesturing with the knife, confronting two people, including someone who is fending him off with a broom, then walking past other people into a room.

When two officers arrive, the man with the broom tells them that Amani had threatened to kill him.

An officer tells the radio dispatcher that they can hear Amani screaming.

According to body camera video, the officers remain in the corridor and try to talk to Amani, who is in a room.

Amani swears and tells them to leave him alone and one officer says ‘nobody wants to hurt you.’

Less than a minute later, Amani charges down the hallway and is shot after an officer shouts: ‘Stay there! Stay there!’

Police said Amani was holding a knife with a 6-inch blade.

He was shot four times with a handgun and three times with bean-bag projectiles.

They waited several minutes to cautiously approach him, then handcuffed him and used CPR and a tourniquet on him before paramedics arrived.

At a virtual town hall meeting where the video was released, Police Chief Bill Scott said his department and prosecutors were investigating the shooting.

Scott said he had personally offered condolences to Amani’s family.

He said that his officers received training on how to de-escalate volatile situations, keep their distance, and take time to avoid using force.

He added that ‘sometimes that works out with great outcomes, and sometimes the situation dictates other measures.’

Scott Grant, a deputy public defender who represented Amani, said he was ‘utterly devastated’ by his death.

Grant said Amani ‘suffered incredible trauma’ and violence during his time with US special forces.

‘He suffered some of the most horrific trauma anyone could have gone through,’ Grant told the SF Standard. 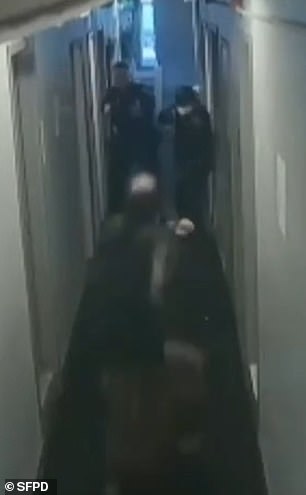 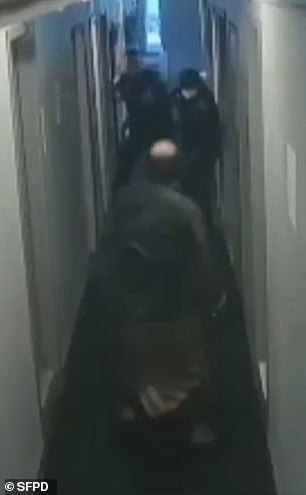 Amani running at cops with a blade at the Covered Wagon Hotel at 917 Folsom St., a residential hotel in South of Market 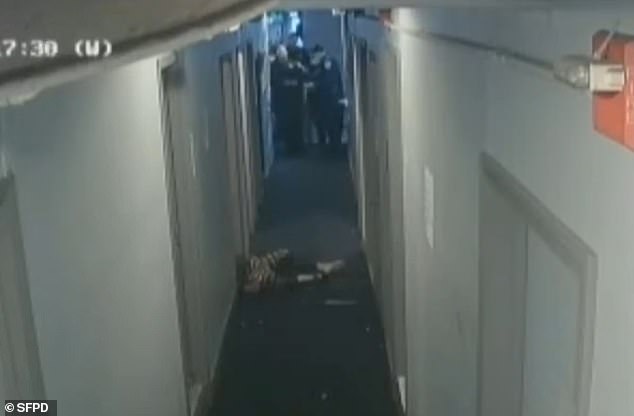 In November 2019, Amani was arrested after crashing a car near Seventh Street off-ramp of Highway 80 in San Francisco.

He was accused of using a boxcutter to slash a city park ranger who stopped at the scene and tried to pull him from the wreckage, Grant said.

The interpreter was charged with attempted murder, among others in connection with the incident.

However, a judge dismissed the attempted murder charge early on and remaining assault charges were dropped after Amani completed a ‘mental health diversion’ order in August.

‘The amount of work and transformation that he was able to do was unmatched,’ Grant told the Standard. ‘He was an inspiration in how much he accomplished.’

Afterward completing the mental health treatment Amani had been living at the hotel where he was killed on Friday.

‘His tragic death is a failure of our systems of government here to support somebody who risked his life to support this country,’ Grant told KTVU-TV.

Tony Montoya, president of the San Francisco Police Officers, said his union was providing support to the officers involved.

‘This is a tragic incident,’ Montoya said. ‘You not only have to look at the person who was shot but the trauma on the involved officers.’