After his recent brag, Tom Brady penalized for yelling at refs

Everyone already knew Tom Brady got away with a lot of talking to officials during a game, mostly complaining about non-calls against him.

Officials probably didn't like hearing Brady brag publicly about how much they let him get away with.

A couple days after Brady bragged that he gets away with "talking smack to the refs when I don't think I get the right call," he got the first unsportsmanlike conduct penalty of his career, according to NBC's Al Michaels. Los Angeles Rams linebacker Von Miller hit Brady in the helmet, and nothing was called. Brady was demonstrative in arguing the non-call, and the flag was thrown.

For everyone who has tired of seeing Brady complain about not getting calls, it was a funny moment.

This was called a penalty in the playoffs.

Brady probably did have a point. Miller did hit him in the helmet. He had a cut lip afterward. It's also surprising the call was made, because it's very rare to see a player get called for arguing with an official. Brady has been complaining for more than 20 years and never got a penalty.

But you have to assume that him bragging about getting away with a lot of complaining to the refs and being penalized on Sunday wasn't a coincidence.

"I do know that [the officials] probably let me get away with a lot of unsportsmanlike conducts, talking smack to the other team and talking smack to the refs when I don't think I get the right call," Brady said on the "Let's Go!" podcast with Jim Gray. "I'm kind of a pain in their ass if you don't already know that."

Maybe Brady should have just let that rest without bringing attention to it. 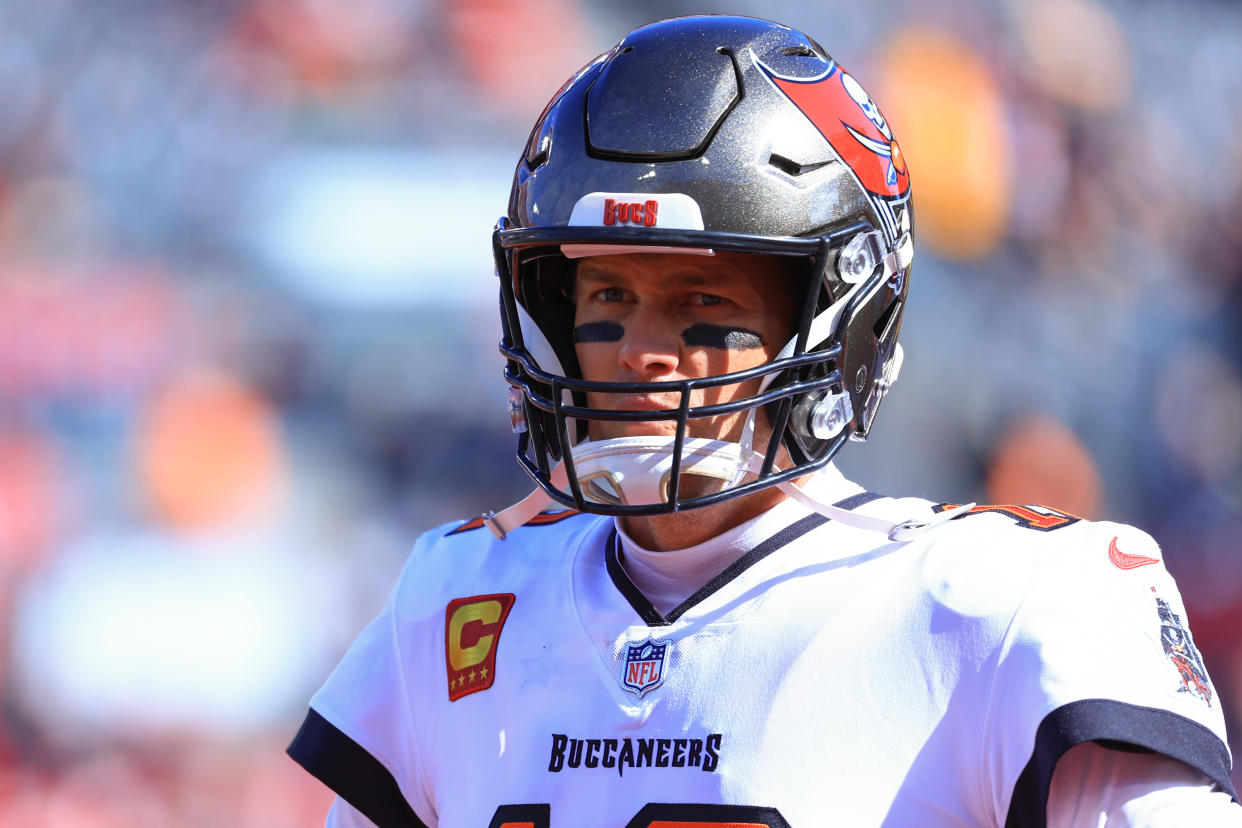