Six days after being taken into police custody, Aboriginal man Sony Ray Austin’s spinal cord was severed and he was rendered a quadriplegic.

Sony’s story, uncovered in documents made public for the first time, detail a rarely reported aspect of incarceration: when Aboriginal people are disabled in the course of their confinement. 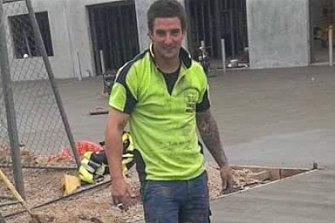 Sony Ray Austin, prior to his injury while in police custody.

In 2018, the 26-year-old’s mental state had deteriorated after he was picked up by police over a family violence matter in Bendigo on February 16. Three days later, Sony was transferred to a holding cell beneath the Melbourne Magistrates Court in the CBD as he awaited a magistrate.

While on his way to the Melbourne Custody Centre, Sony’s mother, Joanne Nelson, called police and told staff she was worried about his mental health, and that he needed valium. She had picked up a script and told police she could deliver it. Magistrate Patrick Southey wrote on Sony’s court order that he “requires valium, apparently”. Sony never got it.

On February 20, Sony got worse. He had a physical altercation with a staff member, was wrestled to the ground and stripped naked. Staff watched on CCTV as Sony bashed his head at least 43 times against the door of his cell. They put him in an anti-suicide gown and moved him into a padded cell. Joanne called again and was told he was fine. Sony still hadn’t been given any valium and eventually managed to wrestle himself out of the jacket.

By February 21, Sony was shadow-boxing, behaving erratically, and appeared to be talking to an imaginary person. Prison staff decided he should be moved to the Melbourne Assessment Prison, just around the corner. They told Sony to get dressed. As staff walked him out of the padded cell, he jumped up in what investigators later called a “diving motion” and landed face-first on the floor. 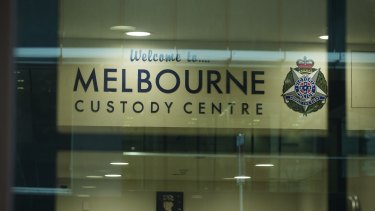 The Melbourne Custody Centre on Lonsdale Street, below the Melbourne Magistrates’ Court.Credit:The Age

CCTV filmed as Sony’s body became limp and showed little signs of movement. Prison staff manoeuvred Sony back into the cell and the MCC custodial nurse assessed Sony from the corridor outside the lockup.

Sony had an erection, a common symptom indicating his spinal cord had been severed. The nurse dismissed it, saying instead Sony had been “playing with himself”. He was left there, motionless, for seven hours and 46 minutes.

When Sony woke in hospital two days later, he had been operated on twice. Being left motionless on the floor for so long had resulted in a condition called compartment syndrome, or “crushing”, in his right arm and leg. It’s often found in car accident victims who have been lying in the wreckage for extended periods of time. Muscles and nerves become starved of oxygen because blood flow is cut off. His spinal cord was severed. The surgery was performed to “prevent muscular explosion”, according to internal police documents.

Doctors told Sony that if they hadn’t operated, he could have lost one or both of his limbs. After the surgery, Joanne said, Sony was in a lot of pain, especially in his arm. He asked her to “Just chop it off”. Sony had skin grafted onto the injury.

A May 2018 medical report said Sony had undergone a traumatic spinal cord injury and was not expected to regain functional use of his legs. “It is expected that he will require the assistance of one person for his personal/self-care and transfers and community access,” says the report prepared by Dr Estelle Petch from the Victorian Spinal Cord Service.

An internal report obtained under Freedom of Information said while Sony was partly to blame for his injuries, prison health authorities and private security firm G4S had likely breached their duty of care to him.

“It was determined that [Sony] bore a degree of culpability for causing injury to himself in the first instance,” says the report by Detective Sergeant Phillip Olsen from Victoria Police’s Professional Standards Command.

“But the extent of those injuries was exacerbated by inadequate post-incident medical assessment/treatment due to processes exercised by the Custodial Health Service … and by G4S.

[Sony’s] lack of movement post the incident and the monitoring of his cell CCTV would have provided a definite indication of his deterioration.

“G4S custodial officers, who were in attendance at [Sony’s] cell when the ‘head dive’ incident occurred and who had further interaction with and observations of [Sony] post the incident, failed to identify the severity of [his] medical condition.

“[Sony’s] lack of movement post the incident and the monitoring of his cell CCTV would have provided a definite indication of his deterioration.”

Sony is now cared for by his mother and a carer in Bendigo.

The Victorian Government Solicitor’s Office, which provides legal advice to government departments, reviewed the case and concluded that criminal codes in the Occupational Health and Safety Act had been breached as a result of the inaction of G4S and prison staff. 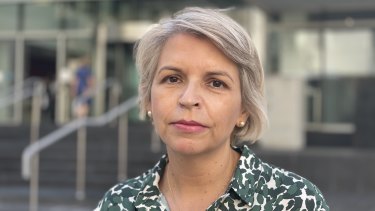 Tens of thousands of people around the country took to the streets in April to protest against a lack of progress in the 30 years since the findings of the Royal Commission into Aboriginal Deaths in Custody were handed down. During those decades, at least another 455 Indigenous people have died in detention.

While there has been a focus on deaths in custody, injuries and disabilities sustained in custody by Indigenous people are more commonplace and garner far less attention. These injuries continue to contribute to morbidity and mortality in a population that already experiences very poor health outcomes.

Dr McGlade said Aboriginal women in particular were vulnerable to disability in prisons because of the inconsistent availability of healthcare.

“Prisons are supposed to be rehabilitative, but in reality they are highly traumatic and dangerous for Aboriginal people,” she said. “Their health doesn’t seem to matter.”

Sony’s injury is the basis of a lawsuit brought by firm Robinson Gill, which often represents people injured during interactions with police. His lawyer, Jeremy King, said neither he nor his client could comment on the case because it was before the court.

But public documents filed in the Supreme Court by Mr King in October argue that not only are police and G4S responsible for Sony’s crushing injury, but their negligence in managing his mental health also led to the severing of his spinal cord.

“Each element of the above conducts is a disgrace,” the writ says.

The writ says police’s continuance of criminal charges against Sony after he was rendered a quadriplegic caused him unnecessary stress and was inappropriate.

The case is next due in court in October.

A June 2016 study by RMIT University found that 30 to 60 per cent of people in prison have a diagnosable acquired brain injury, and inmates have more than double the rates of intellectual disability and mental health issues compared to the general public.

Both Victoria Police and G4S declined to comment while the matter was before the courts.