After more than a month in lockdown, Spain to allow children out Fears have been growing for the health of more than eight million children in Spain who had not been allowed outside. 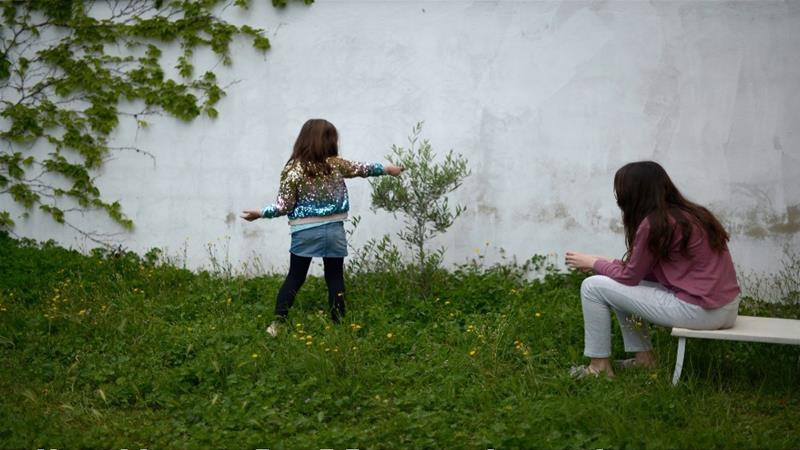 Grenada, Spain – Since March 14, when Spain decreed its lockdown, nearly all of its 8.3 million children have stayed indoors, unable to leave home as adults could, for shopping or to take the family dog for a walk.

Even when the strictest restrictions on non-essential workers were lifted 10 days ago, there was no change.

But last weekend, amid rising concern about the potential damage to health on the nation’s young, Prime Minister Pedro Sanchez said that while extending Spain’s lockdown into May, children would be allowed out for “limited” periods.

“It can’t come a moment too soon,” Raul Esgueva Sanz, a Spanish father of two, told Al Jazeera. “And we’re the lucky ones. Our kids have been handling this fairly well.

“Quite apart from the effect on the children, if you’ve got rebellious ones, it must make you want to jump out of the window.”

Sanchez hinted at a maximum age level of 12 for outings, which media reports say would be limited to 90 minutes and need to be accompanied by an adult.

Parks, currently closed, will remain out of bounds.

The government’s cautious approach comes as the effect of the coronavirus pandemic appears to be lessening in Spain, with fewer daily deaths reported.

But it still has the highest level of coronavirus-linked cases in Europe, now totalling over 200,000.

“We have to be very clear, children will be able to go out from Monday onwards, but it won’t be to play,” Spain’s health emergency chief, Fernando Simon, said on Monday.

Last week Maria Ordabas, head of Epidemiology in the Community of Madrid’s health services, urged greater reflection on “the role children have in transmitting the illness”.

A recent update from the Spanish Ministry of Health suggested that confinement could have contributed to the lower rates of infection among minors.

However, since March 24, hundreds of Spanish medical professionals have signed an open letter to PM Sanchez requesting that children’s rights should not be ignored in the coronavirus debate.

The mayor of Barcelona, Ada Colau, herself a mother, posted a heartfelt Facebook message to “free the children”.

“We’ve been handling it pretty well, we’re trying to keep organised and so on. But there’s still a lot of anxiety and distress and each time a couple of weeks is added to the lockdown, the sense of being overwhelmed is greater,” said Esgueva Sanz, the father of two.

Francesca Martin Garcia, a child psychologist and director of one of southern Spain’s foremost mental health centres, told Al Jazeera: “Children with stable families won’t notice the effects long term. But for those in conflictive situations, it can cause more severe damage, cases of anxiety, depression and so on.

“I’ve also had a lot of calls from parents with custody issues. Then there are possible cases of aggression and abuse, and right now there’s almost no way out of that.”

As for fears that children could raise levels of contagion, Martin Garcia argued that they could be addressed by “giving children information they need about the situation, safety protocols about minimising risks, and so on.

“Children can adapt a lot more quickly than adults and in many ways they are more responsible.”

The government is expected to announce the specific details this week, against a backdrop of a rising political storm over police handling of fake news.

On Sunday, a top director of the Guardia Civil police force said when monitoring hoax stories, the aim should be to “minimise negativity towards the government’s handling of the crisis”.

The fallout, including the emergence of a police email seemingly confirming the order, has led to concerns about press freedom.