After tame night for trick-and-treaters, Britain’s weather to get WILD

You thought Halloween was scary, wait for Hurricane Oscar! After a tame night for trick-and-treaters, Britain’s weather will get WILD by the weekend

Trick or treaters celebrating Halloween this evening had to pack waterproofs as patches of rain hit southeast England, the midlands, Wales and Scotland, but temperatures stayed relatively mild, with a low of 44F in the north-east.

But the weather is set to turn, as the remnants of Hurricane Oscar will move towards the UK over the weekend, with strong gales and heavy rain expected in Northern Ireland, Scotland and the north-west.

This weather front is then expected to move further down the country as the weekend progresses, with the south-west and Wales also set to be hit by rainfall and strong winds.

Tomorrow, there will be continuing frosty weather in west Scotland and dense fog patches across Northern Ireland, but they will clear away with sunny spells in the south-east, with temperatures reaching 53F and 46F in the north-west. 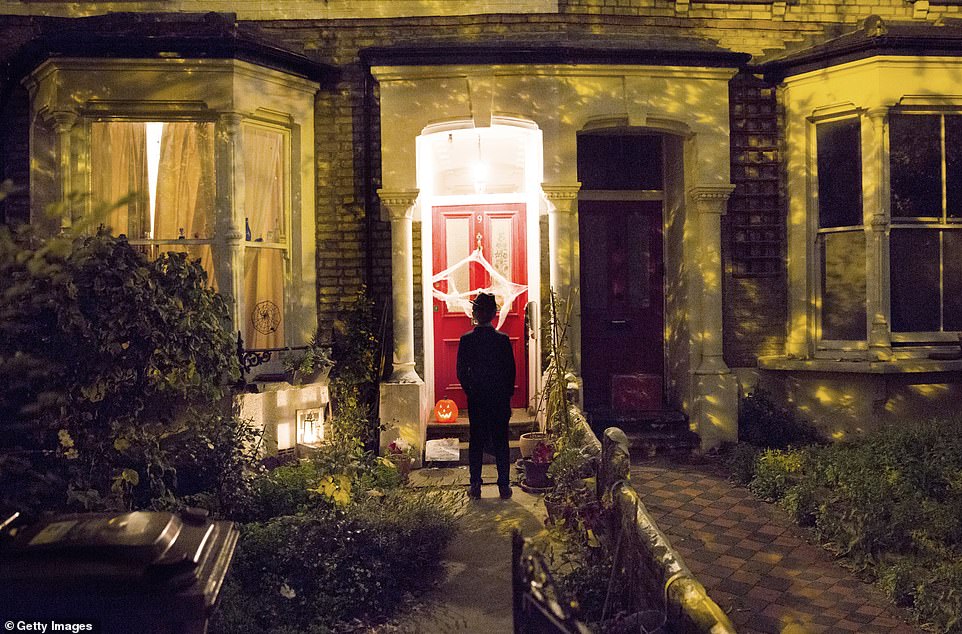 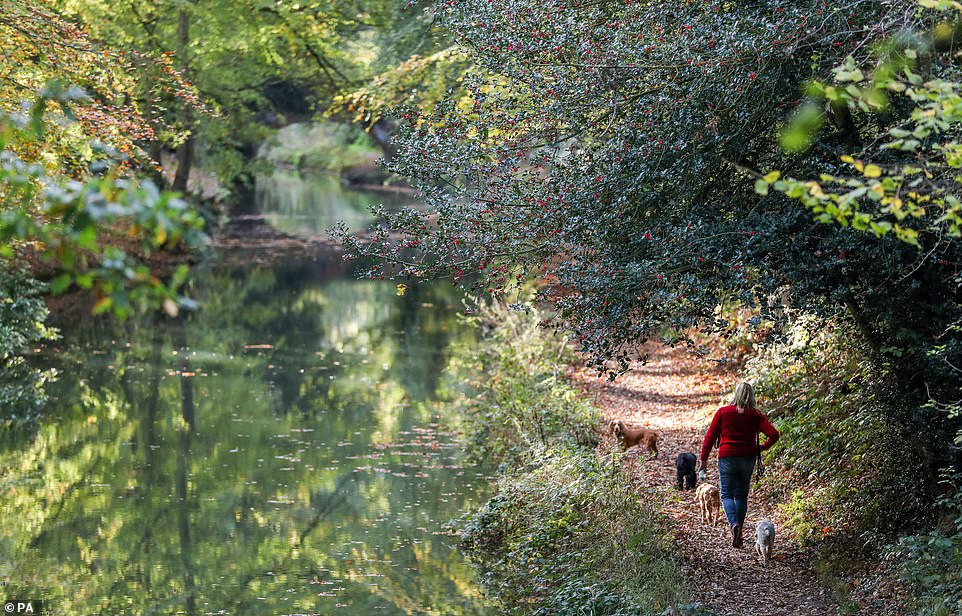 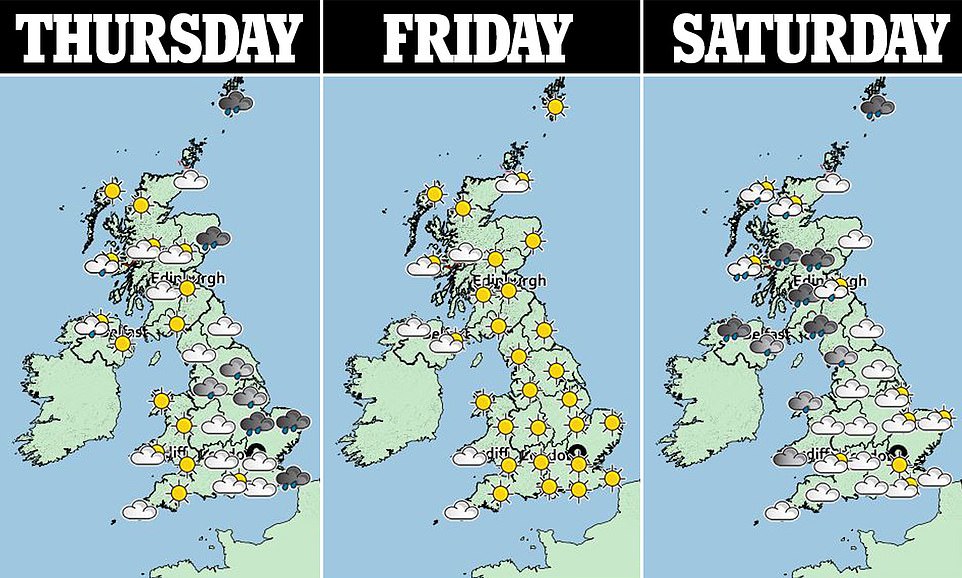 Trick or treaters is various parts of the UK this evening are battling the rain as they gather their sweets. Friday is expected to be a crisp Autumnal day before the remnants of Hurricane Oscar hit the UK late on Friday/early Saturday morning

Overnight it will turn cold and frosty again with temperatures down below freezing, with lows of -5C (26F) across more sheltered parts of Scotland.

But Friday afternoon is set to be a delightful crisp autumn day with sunny spells across the UK with top temperatures set to hit 51F.

By late on Friday the wind will start to pick up as Hurricane Oscar gets swept up in the jetstream, carrying it towards the UK. 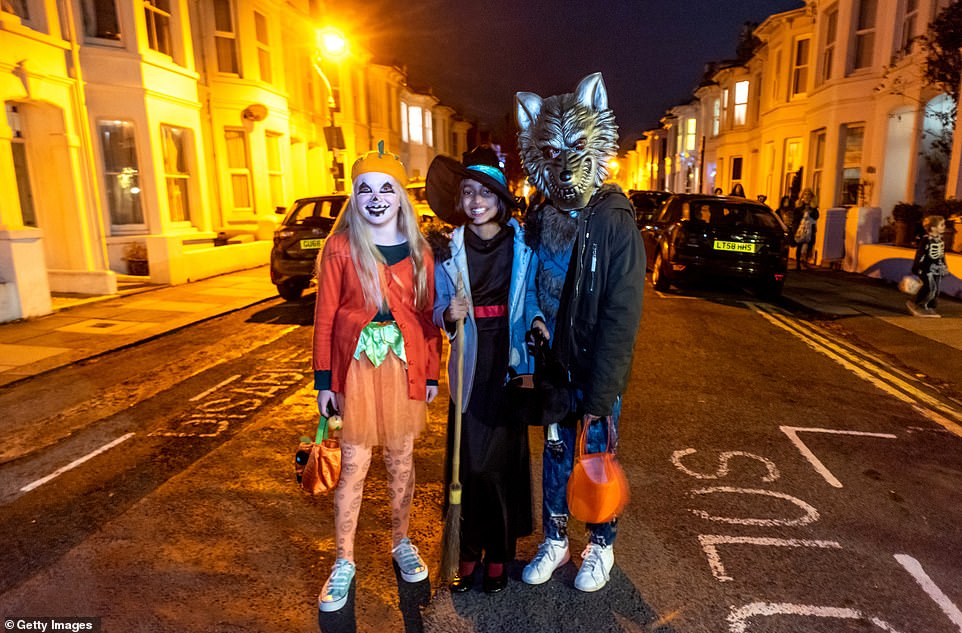 A pumpkin, witch and werewolf go trick or treating in Brighton this evening. A number of parts of the UK were hit by downpours this evening 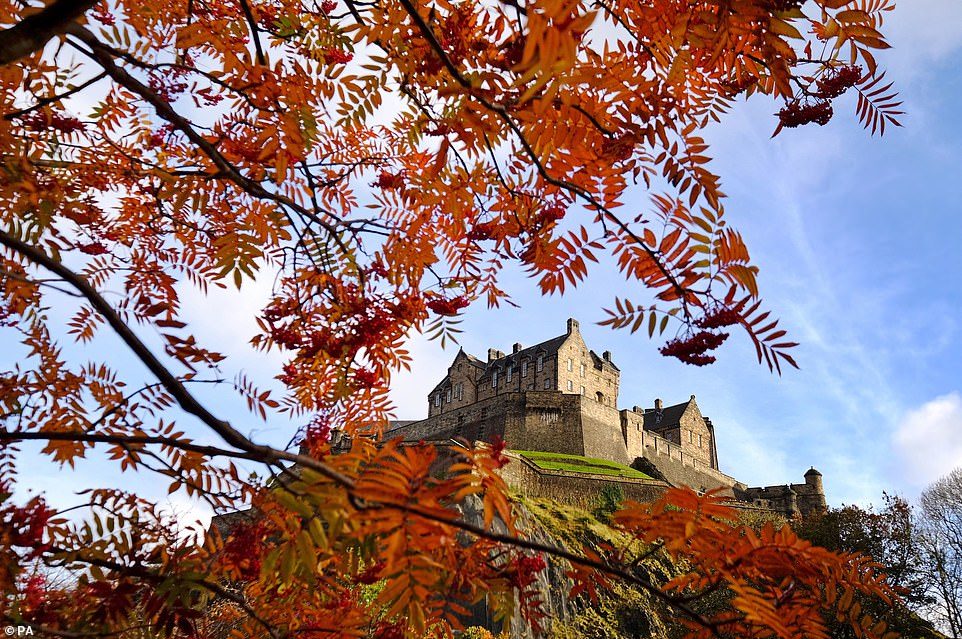 In the south it will be largely dry at first, but by Sunday the weather front will shift towards the south, with rain expected in the south-west and Wales.

There is also more snow expected in the Scottish Highlands later this week, where up to an inch fell on Sunday.

In Devon, the Dartmoor hills were blanketed over the weekend while snow also hit high ground in Cornwall. 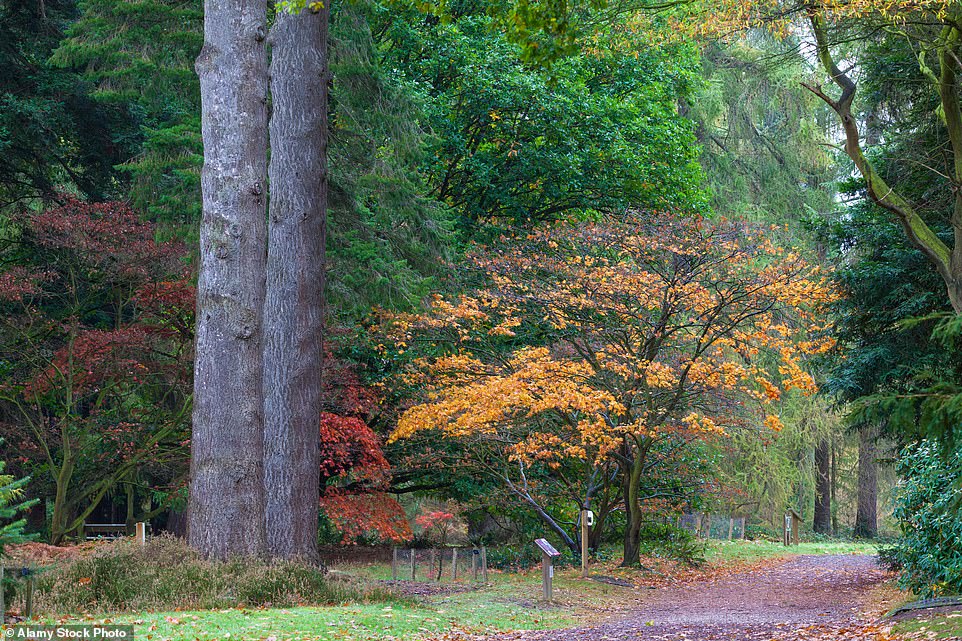 Bedgebury National Pinetum at Bedgebury, Kent. It was a clear day in many parts of the UK interspersed with showers

The chilly snap follows an unseasonably warm autumn that saw temperatures hit 26.5C (79.7F) on October 14, a record for that late in the month.

On Saturday, temperatures peaked at just -3C (27F) in Inverness-shire.

A Met Office spokesman said: ‘The remnants of Hurricane Oscar will move into the eastern Atlantic and most likely track to the north west of the UK this weekend.

‘This could bring strong winds and heavy rain, mainly to western and north western parts of the UK.

However, there is currently some uncertainty in the exact track of Oscar, which would affect the detail of rainfall amounts and winds strengths, so it is too early for specific details at this stage.’