London: Airport security is there to protect you, but it may also give you the sniffles — or worse. To all the places and surfaces we've been warned are teeming with germs or bacteria — your pets, the subway seat, airplane cabins, the ATM — add the airport security tray.

The plastic trays — used at airport checkpoints around the globe and touched by millions of passengers as they drop shoes, laptops, luggage and other items into them to clear X-ray scanners — have been found to harbour a variety of germs, including the ones responsible for the common cold, according to researchers in Europe. 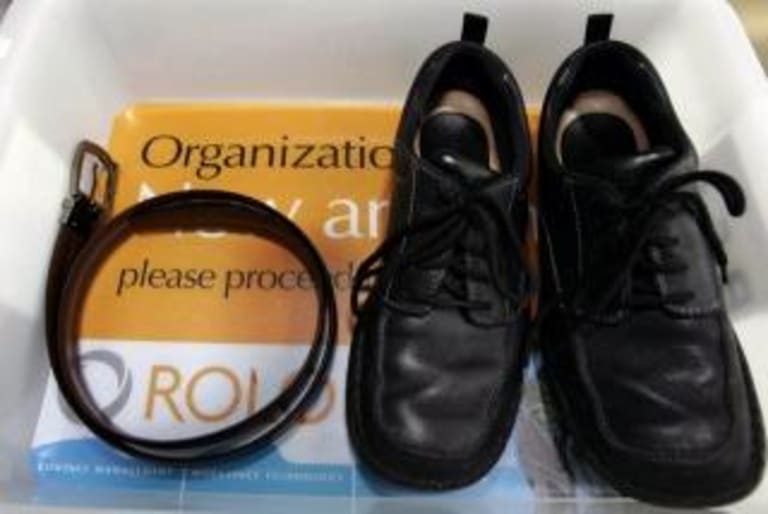 Airport security trays have been found to harbour germs.

Scientists from the University of Nottingham in England and the Finnish National Institute for Health and Welfare swabbed frequently touched surfaces at Helsinki Airport in Finland during and after peak hours in the winter of 2016 and picked up traces of rhinovirus, the source of the common cold, and of the influenza A virus.

They found traces on half the luggage trays, more than on any of the other surfaces they tested. None of these viruses were found on toilet surfaces at the airport, they said.

The findings, published in the journal BMC Infectious Diseases, could help improve public health strategies in the fight against the spread of infectious diseases worldwide.

The study could also help educate people on how the infections we try to avoid each winter spread, Jonathan Van-Tam, a professor of health protection at the University of Nottingham, said in an emailed statement on Wednesday.

Many of the surfaces we touch on a daily basis harbour and can spread germs. These include mobile phones, kitchen sponges and even cute bathtub rubber ducks. But air travel is known to accelerate the worldwide spread of diseases such as the flu, released naturally, and potentially of others released intentionally.

The European Union has funded a research project, called Pandhub, on preventing the spread of "high-threat" pathogens through public transportation, and the study by the University of Nottingham and Finnish institute is part of that project.

"The presence of microbes in the environment of an airport has not been investigated previously," said Niina Ikonen, a virology expert at the Finnish institute, who was involved in the study.

She added that the results provided new ideas for technical improvements in airport design and refurbishment.

Finavia, the company that operates Helsinki Airport, said in an email: "At Finavia airports, the hygiene protocols are carried in accordance to health officials' requirements — all surfaces are cleaned daily and all security check point trays, etc., are washed regularly."

The results of the study did not prove that the viruses found can cause disease, the researchers' statement said. But previous research had proved that microbes can survive on various surfaces for several days.

Washing your hands properly and coughing into a handkerchief, tissue or sleeve, especially in public places, can help minimise the risk of contagion, Van-Tam said.

"These simple precautions can help prevent pandemics and are most important in crowded areas like airports that have a high volume of people traveling to and from many different parts of the world," he added.