AL-QAEDA chief Ayman al-Zawahri has appeared in a gloating video released on the 20th anniversary of the 9/11 atrocity  — despite reports he died last year.

The propaganda video has been shared as America marked 20 years since 3,000 people were slaughtered after terrorists hijacked airlines smashed into the Twins Towers in New York and the Pentagon, Washington DC. 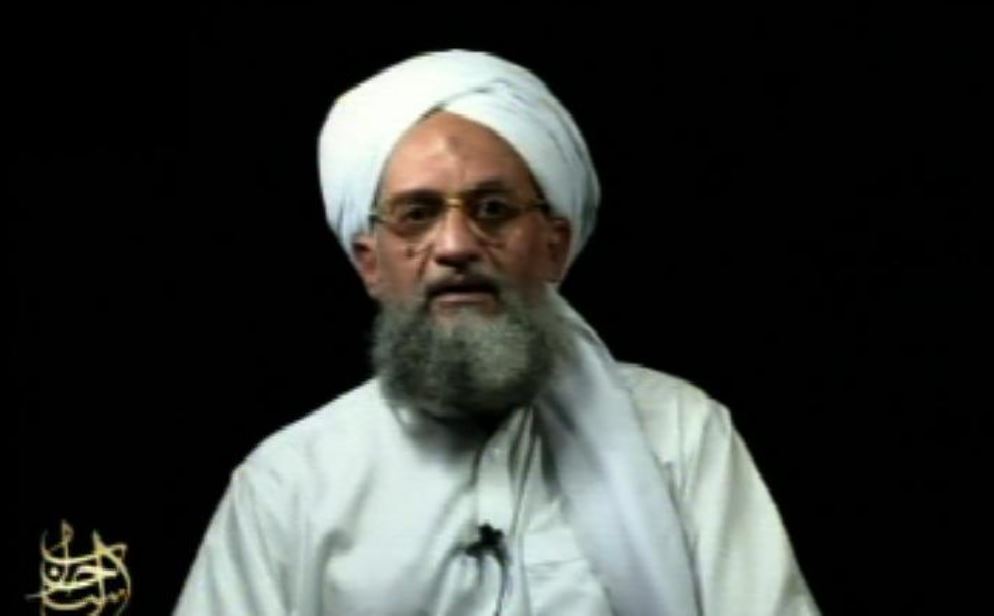 Al-Zawahiri — sometimes dubbed Dr Death — last appeared in a video message for the group on the 19th anniversary of the 9/11 terror attacks.

But in the new video al-Zawahri appears and vows “Jerusalem Will Never be Judaized,” and praised al-Qaida attacks including one targeting Russian troops in Syria in January.

Al-Zawahri also referenced the US military’s withdrawal from Afghanistan after two decades of war.

But tellingly perhaps, he made no mention of the Taliban’s takeover of the country last month.

This might suggest the video could have been recorded months ago with reference to the Doha agreement.

Rumours have spread since late last year that al-Zawahri had died of an illness.

Rita Katz, SITE’s director, tweeted: "He could still be dead, though if so, it would have been at some point in or after January 2021."

The video, which lasts 61 minutes and 37 seconds, was released by Al Qaeda’s as-Sahab Media Foundation.

The 60-minute video also appears to show a pro-Al-Qaeda media group claiming the Taliban takeover of Afghanistan as a victory for the murderous terror group.

"Yet another signal of the importance of the Taliban in the global jihadist movement’s narrative since 9/11, and how the Taliban's victory in Afghanistan is also al-Qaeda's victory."

Ms Katz, who was tweeting her analysis, said the terror group’s propaganda units have been "outpouring with 9/11 celebrations and incitements with posters, videos, hashtags since the earlier hours".

This pro-AQ campaign has been nonstop since 6am, showing the same intensity of ISIS’ social media campaigns of previous years

The ISIS-style promotion has been targeting the messaging app Telegram which has been battling to delete sick posts.

She said: "Entire channels, groups, bots, and members are dedicated to 9/11 right now, with all groups pumping out content."

Ms Katz said: "It is a very organised and thoroughly prepped campaign — nothing like what I've seen in previous years.

"After weeks of promotion, one pro-AQ media unit releases documentary-style video on 9/11, describing the planning and its effects that 'stunned the world and changed its course forever'."

"This pro-AQ campaign has been nonstop since 6am, showing the same intensity of ISIS’ social media campaigns of previous years." 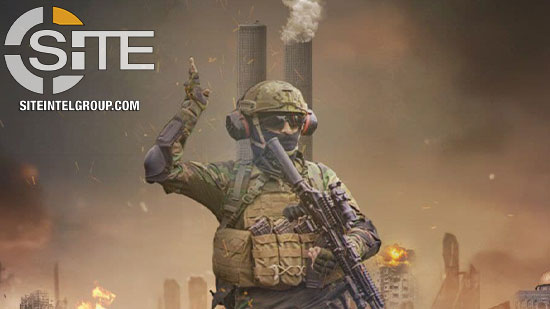 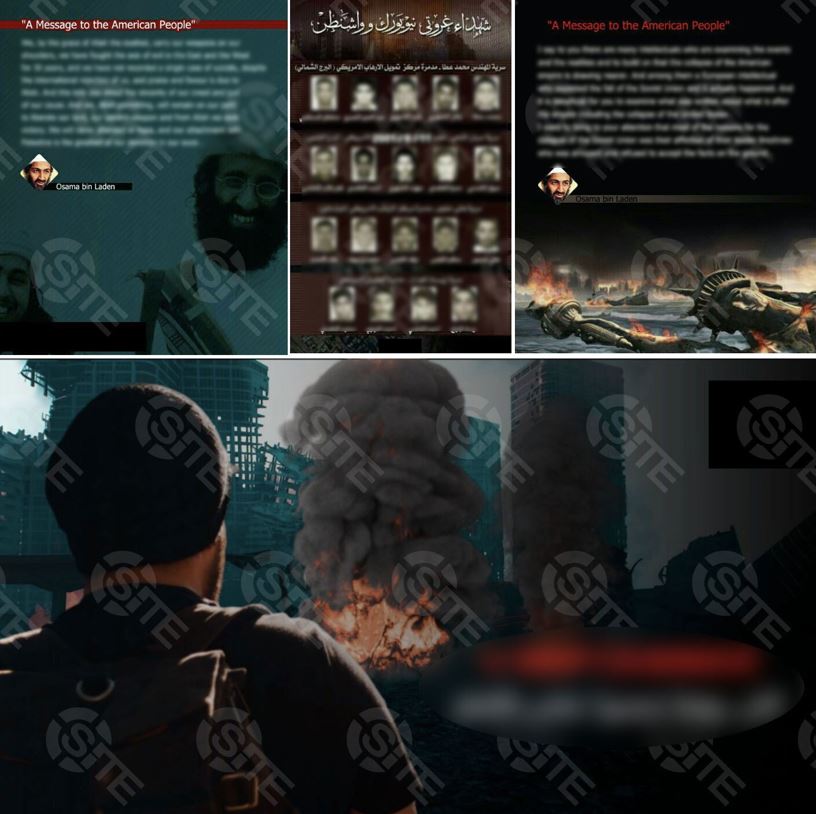 Notably, Ms Katz pointed out Al-Qaeda leader Ayman al-Zawahiri shown in the video even though reports in November claimed he had died.

Al-Zawahiri — sometimes dubbed Dr Death — last appeared in a video message for the group on the 19th anniversary of the 9/11 terror attacks.

Osama bin Laden who was shot in the head in front of his screaming wife during a dramatic raid by US Special Forces in the early hours of May 2, 2011.

The mass murderer and his group forged a close alliance with the Taliban when the fanatics last ruled Afghanistan, which they used as a base for launching a series of terror attacks on US targets, culminating in the September 11 onslaught.

The Taliban refused an American demand to hand over bin Laden, prompting US forces to enter Afghanistan and drive them from power with the help of the Northern Alliance of local warlords. 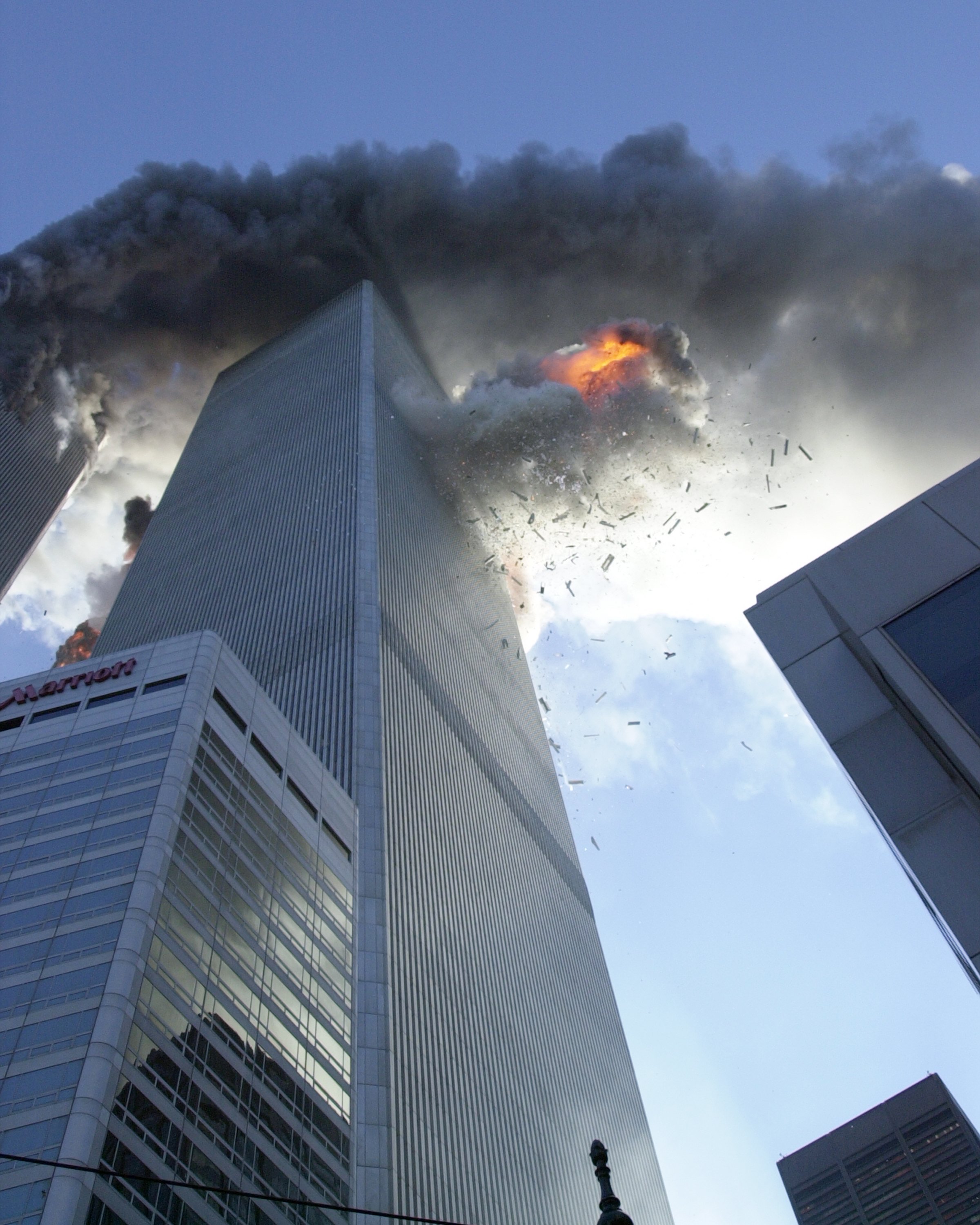 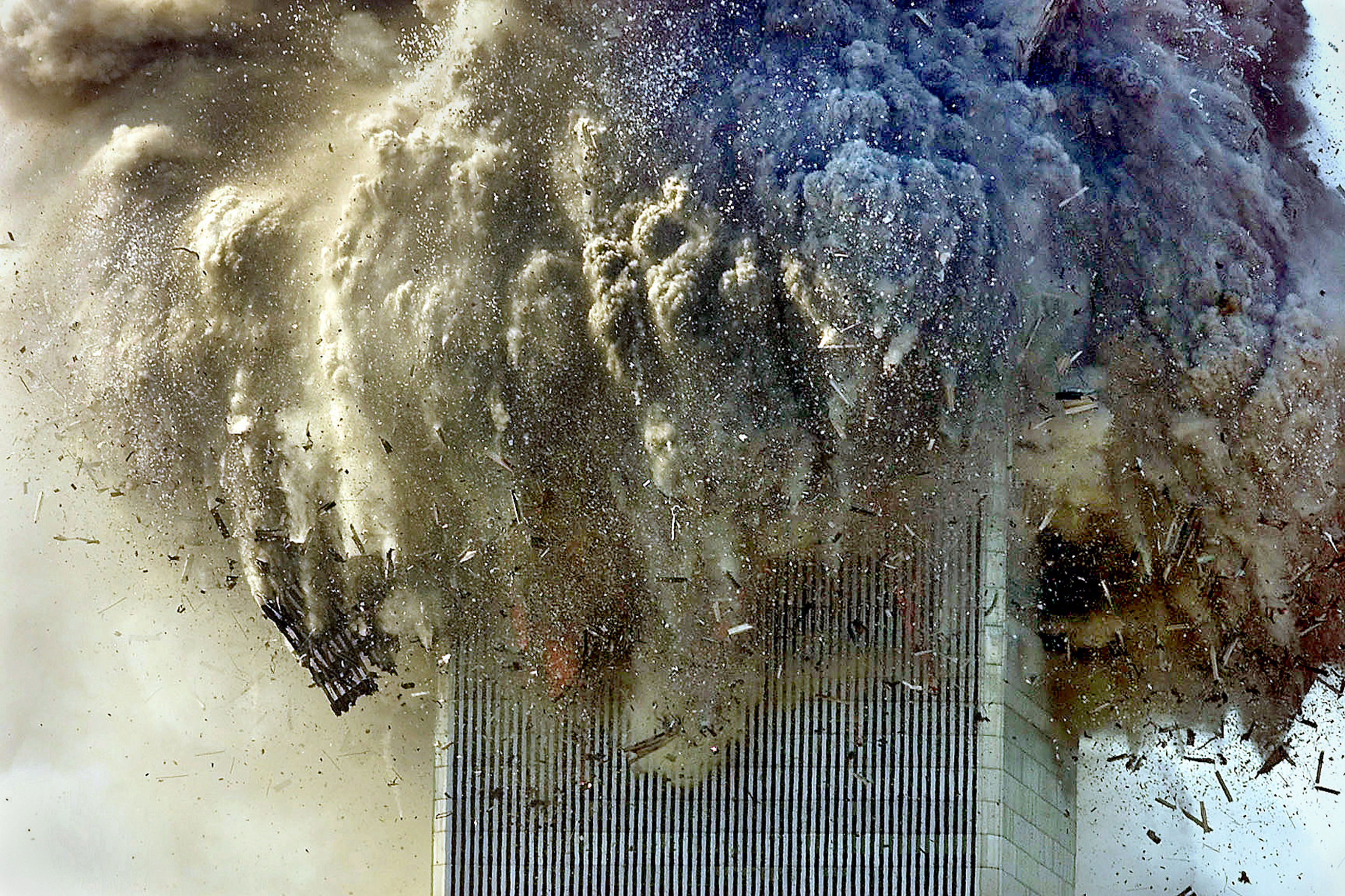 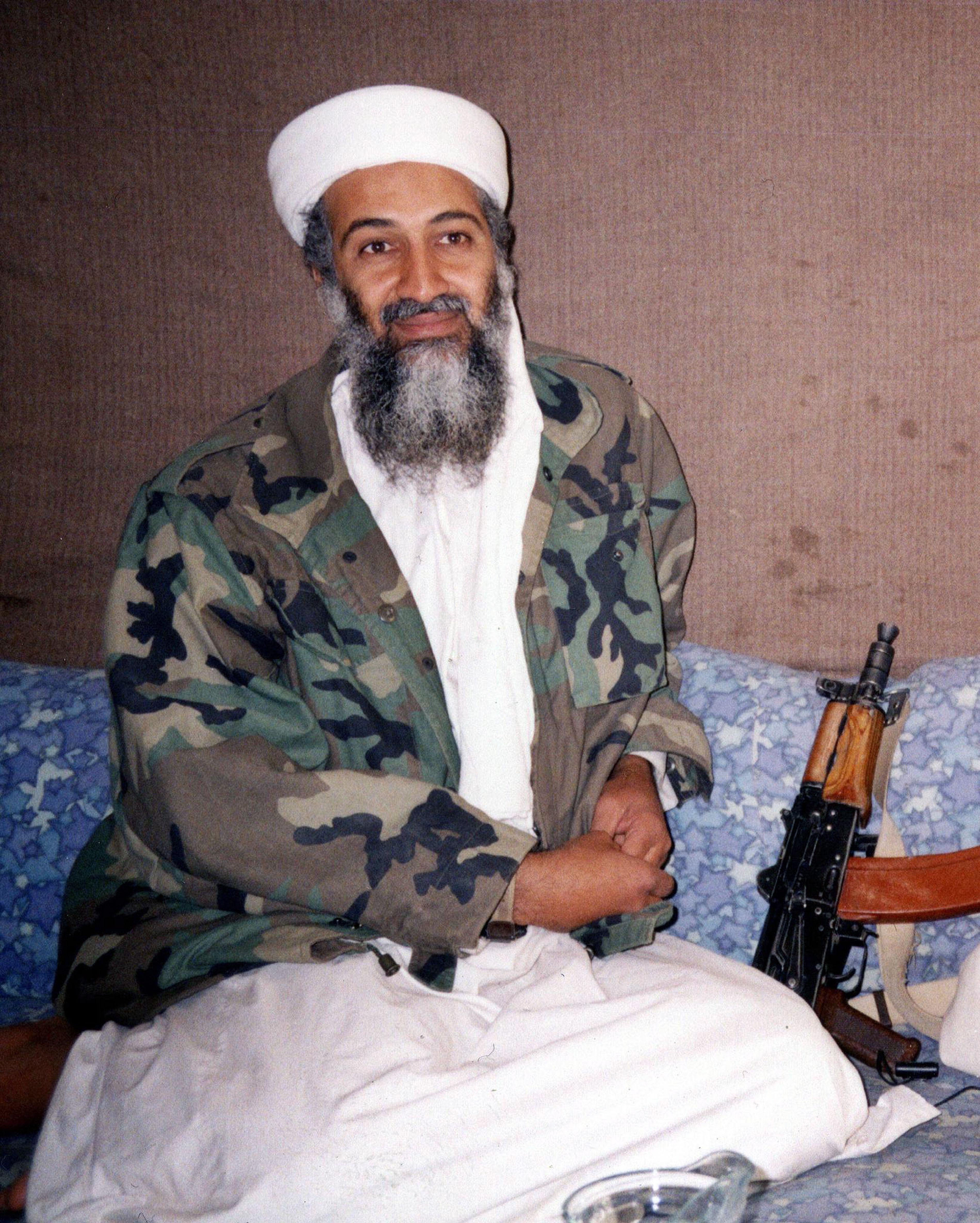 Just a month later, American and British forces invaded the country and toppled the Taliban and a “war on terror" ensued.

Faulty intelligence about "weapons of mass destruction" then led to the two countries launching a 2003 invasion of Iraq and the overthrow of evil dictator Sadam Hussein.

Insurgents then launched a battle against the occupying forces

After a two-decade occupation, U.S. forces abruptly pulled out of Afghanistan last month, triggering the collapse of its Western-backed government and the Taliban's dramatic return to power — just days before the 20th anniversary of 9/11.