Alabama man is executed for 1991 abduction and murder of woman

Alabama man is put to death by lethal injection for 1991 murder of woman who was abducted during robbery, then killed in cemetery, after Supreme Court denied his appeal to delay execution for a second time

An Alabama man has been put to death by lethal injection on Thursday for the 1991 killing of a woman who was abducted during a robbery and then shot in a cemetery.

He jerked twice from his gurney as officials injected him with midazolam, the Montgomery Advertiser reports, and he was pronounced dead at 9.47pm local time.

Smith reportedly did not have any last words and refused a last meal before his execution on Thursday, but refused snacks. It was his second execution date since February 11.

On that date, Smith was already in a holding cell near the death chamber and the U.S. Supreme Court agreed with his appeal that he could not be put to death without his pastor present.

This time, the nation’s highest court rejected a late request for a stay by his lawyers, who had argued that the execution should be blocked on grounds that Smith had an intellectual disability, which merited further scrutiny by the courts.

He had his spiritual adviser, Pastor Robert Wiley, with him at his execution Thursday night, according to the Montgomery Advertiser, who put a hand on Smith’s leg at the beginning of the execution.

Smith was convicted in 1992 of kidnapping and murdering 22-year-old Sharma Ruth Johnson in Birmingham. 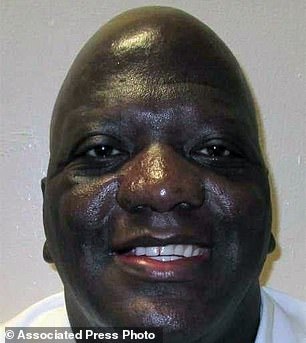 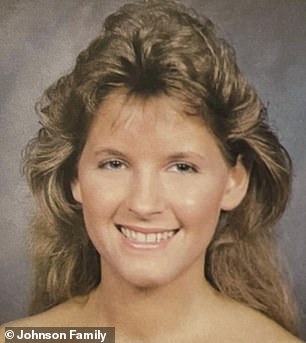 Willie B. Smith III, 52, was put to death by lethal injection on Thursday for the 1991 killing of 22-year-old Sharma Ruth Johnson who was abducted during a robbery and then shot in the back of her head in a cemetery

Prosecutors said he had a shotgun when he abducted Johnson in October 1991 from an ATM location in the Birmingham area. He and an accomplice forced Johnson into a trunk, then had her recite her ATM number to take money from the account.

They withdrew about $80 from her account before driving her to a cemetery, where Smith then shot Johnson – who was still in the trunk-  in the back of the head and burned the vehicle in an attempt to remove his fingerprints.

According to court documents, Smith was afraid she was going to call the police about the robbery.

Johnson was the sister of a Birmingham police officer.

‘Sharma Ruth Johnson was abducted at gunpoint, threatened while in the trunk of the car, terrorized, assaulted, and ultimately, Willie B. Smith, III brutally killed her,’ Gov. Kay Ivey said in a statement issued after the execution.

‘In that final moment of this young lady´s short life, Mr. Smith, after learning Ms. Johnson was the daughter of a law enforcement officer, made the choice to put a shotgun to her head, stealing this woman´s future.’

‘The evidence in this case was overwhelming, and justice has been rightfully served,’ she added.

Shelley Luna, a friend of Johnson’s, described her to the Advertiser as ‘the most humble person, very soft-spoken, very kind.’

‘She just kind of oozed sweetness,’ Luna said. ‘Anybody that crossed her path would say that … She was the easiest person in the world to be friends with and talk to. It just makes her murder that much harder – you always wonder why do bad things happen to good people?’

In a statement read by Alabama department of Corrections Commissioner Jeff Dunn before the execution, Johnson’s family said: ‘After waiting for 30 years, justice has been served.’

Her family was present at the execution, Dunn said, but wanted to remain anonymous.

Recently, Smith’s lawyers had argued unsuccessfully that the inmate had an intellectual disability that prevented him from understanding the prison paperwork related to the selection of an execution method.

Experts had estimated Smith’s IQ from 64 on the low end and 75 on the high end.

Scores under 70 are typically indicative of mental ‘slowness,’ while scores between 80 to 89 are considered ‘below-average.’

But the courts have ruled Smith was eligible for the death penalty.

A defense expert in a post-trial appeal said while Smith’s IQ was measured at 64, his language, reading, and mathematics skills, and that these particular results were inconsistent with a diagnosis of intellectual disability.

The Supreme Court ruled in 2002 that executing intellectually disabled people is unconstitutional.

In reviewing Smith’s case in 2019, the 11th U.S. Circuit Court of Appeals ruled that a later Supreme Court decision that ‘states may not weigh a defendant´s adaptive strengths against his adaptive deficits’ in determining disability did not retroactively apply to Smith. 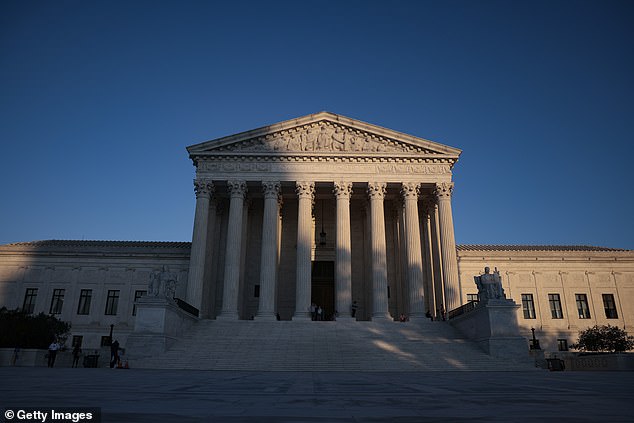 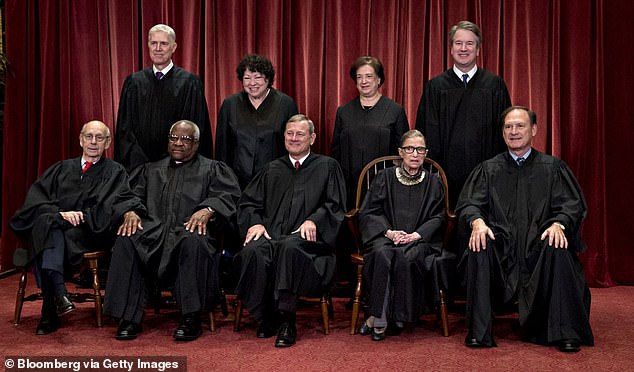 Last-minute court filings had centered on whether Smith should have been given assistance to understand the form distributed to death row inmates in 2018 regarding selection of an execution method.

If Smith had requested nitrogen hypoxia, his death sentence could not have been carried out to date because the state has not yet developed a system for using nitrogen to execute inmates.

But, the Advertiser reports, death row inmates have said they were only informed of the option shortly before the deadline to select it – leading to a frenzy of inmates trying to call their lawyers to determine whether they should opt for hypoxia.

Smith’s attorneys had unsuccessfully asked the Supreme Court to stay the execution until a trial could be held in his ongoing lawsuit arguing that the Americans with Disabilities Act required him to have assistance in understanding the form.

They said that courts have known about Smith’s intellectual disabilities since is first trial, when then-Jefferson County Circuit Judge James Hard wrote in a 1992 sentencing memo that Smith was ‘in borderline range between mild retardation and low average intelligence.’

But by 2009, Jefferson County Circuit Judge J. William Cole ruled that Smith had not shown ‘many, if any, actual examples of how his low IQ affected his adaptive functioning in everyday life before or after the incident in question.’ 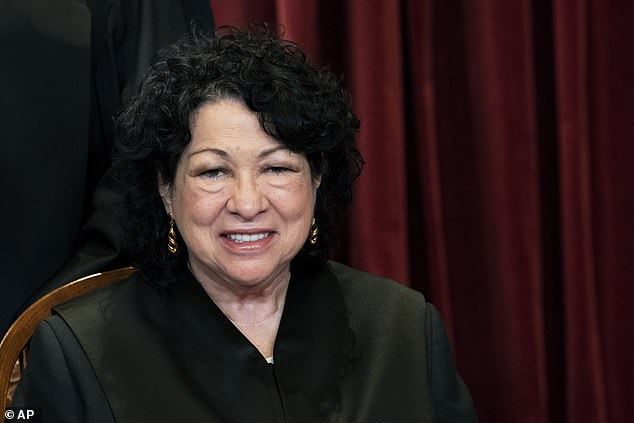 In an opinion, Justice Sonia Sotomayor criticized the state of Alabama for what she called a ‘haphazard’ approach used to notify death row inmates of their choices on how they want to be put to death

While the 11th Circuit denied the stay request, one member of the three-judge panel sharply criticized Alabama.

Circuit Judge Jill Pryor wrote in a concurring opinion the state has acknowledged Smith has ‘significantly sub-average intellectual functioning’ and that Smith said he received no explanation of the form related to execution method selection.

‘It disturbs me that ADOC, which took on the responsibility to inform prisoners about their right to elect death by nitrogen hypoxia within 30 days, did so in such a feckless way’ Pryor wrote.

And even though the United States Supreme Court ruled that the execution could move forward, Justice Sonia Sotomayor criticized Alabama for the ‘haphazard’ approach used to notify death row inmates of their choices.

‘Once a State has determined that individuals on death row should have a choice as to how the State will execute them, it should ensure that a meaningful choice is provided,’ she wrote in an opinion.

The state of Alabama argued that Smith had received access to his lawyers for help, and ‘over the course of nearly two years of litigation, he never alleged or produced evidence before the district court that he would have elected during the statutory time frame if he had been given a reasonable time frame (which he never asked for).’

Smith is now the first inmate executed in Alabama in 2021, and the 68th to be executed by the state since 1983.