Albanian machine-gun killer attacked wife with knife while on bail

Albanian machine gun killer, 47, who claims his ‘right to a family life’ would be breached if he was deported from Britain is convicted of beating his wife after gin-fuelled knife attack was caught on video

A murderer who sneaked into Britain illegally twice after machine-gunning a man to death has been caught threatening his wife with a knife while on bail fighting his deportation back to Albania.

Ardian Rragami was first extradited from Britain to his homeland in 2009 to face a 15-year jail term for the killing, but came back to live in the UK after serving just four years inside.

Posing as a Kosovan refugee called ‘Ardian Gashi’, he first sneaked into Britain shortly after shooting a neighbour four times after a row in a bar in city of Shkoder in northern Albania in 1998.

In 2000 Rragami was sentenced to 15 years in jail in his absence but was not extradited to Albania until 2009 where he only served part of his sentence. 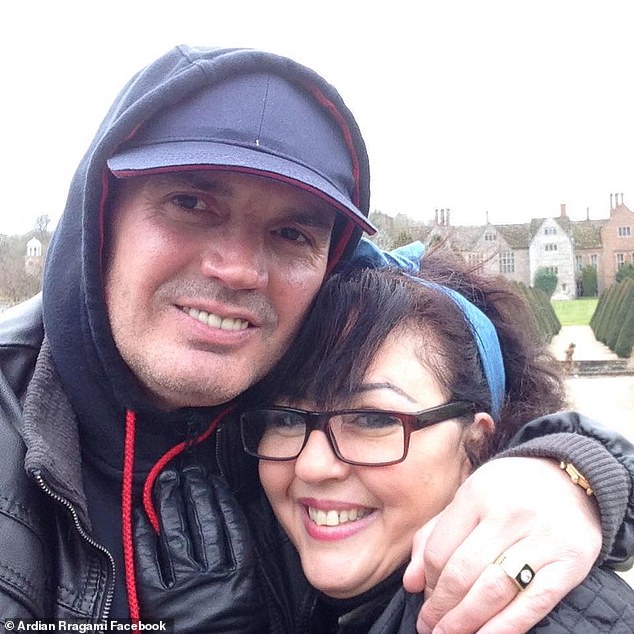 Ardian Rragami with his wife Chrysoulla Michaels. He pleaded guilty to assaulting her by punching her and cutting her jaw with a kitchen knife as well as assaulting a child 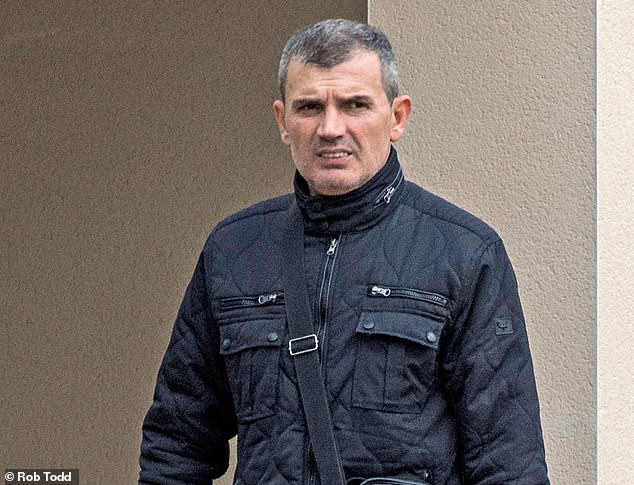 Ardian Rragami sneaked into Britain under the fake name ‘Ardian Gashi’, and was detained in 2016 after a Daily Mail investigation pending deportation, before being released on bail

On his return to the UK in 2016 by again sneaking across the border, Rragami moved to Wickford, Essex, with his British wife, Chrysoulla Michaels, and their two daughters – now aged 13 and 15.

He was detained in June of that year after a Daily Mail investigation discovered he had returned to Britain after his extradition.

The 47-year-old was released on bail with an electronic tag and under a curfew while he fights is second extradition back to Albania.

Many foreign criminals cite the right to a family life under Article 8 of the Human Rights Act when fighting deportation.

But Rragami has been seen brandishing a knife and holding it to his wife’s throat at their home in Wickford. 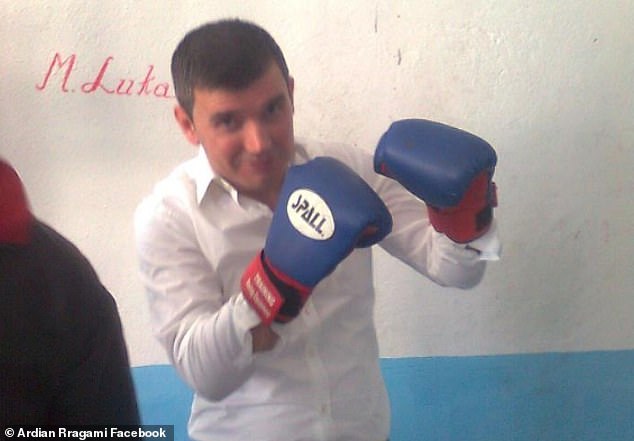 Rragami posing in boxing gloves. While on bail awaiting an extradition hearing he attacked his wife brandishing a kitchen knife 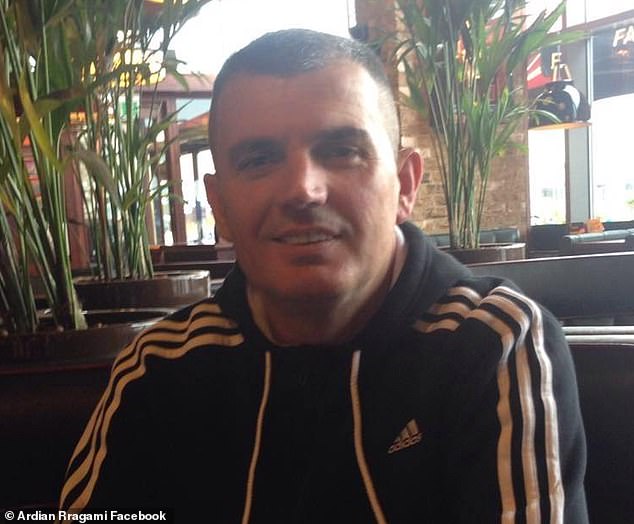 His niece filmed Rragami grabbing Ms Michaels and threatening her while he was drunk on gin, the Sun reports.

At Basildon Crown Court he pleaded guilty to assaulting Ms Michaels by punching her and cutting her jaw with a kitchen knife as well as assaulting a child.

But Rragami was handed an eight-month jail term that was suspended, so he walked free from court.

If he had been jailed for a at least 12 months the killer would have automatically been deported.

Ms Michaels, who works as a beautician, begged the Home Officer to, ‘please deport him now’.

The 49-year-old told the Sun: ‘Ardian has used the right to a family life to argue his case against deportation, but he’s thrown that away now.

‘I stuck by him in the past but until he’s deported it will never stop.’

The Home Office claimed that since 2010 Britain has removed nearly 45,800 foreign criminals.