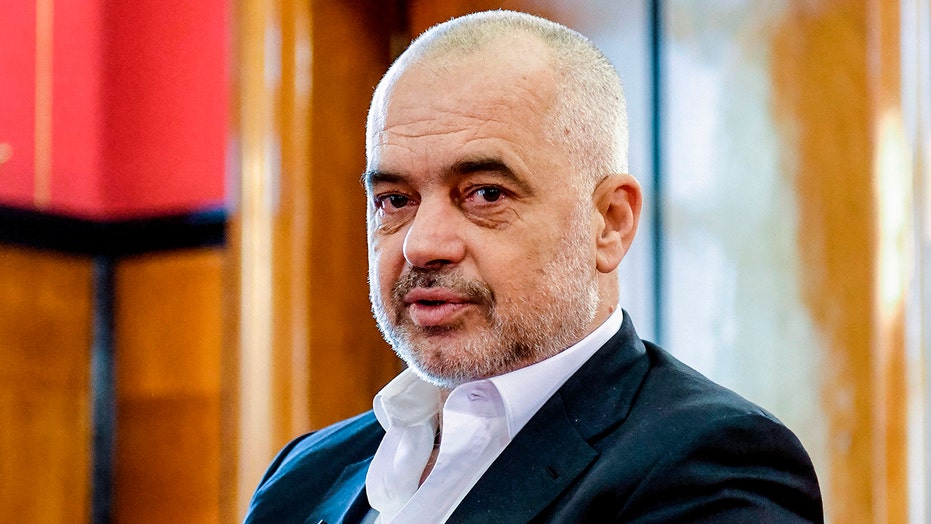 An Albanian restaurant owner was heavily criticized by the country's prime minister as a “barbarian” after a shocking video purportedly showed him clinging to a car and punching through its windshield following a dispute with a group of Spanish tourists.

In the footage that has since gone viral, Mihal Kokedhima, 51, can be seen attached to the hood of a moving car as he repeatedly punches through the windshield, eventually ripping out the glass. He claimed a group of Spanish tourists skipped out on their bill Sunday, the Daily Mail reported.

PROTESTS IN ALBANIA: ITS DEMOCRACY AND EU FUTURE AT STAKE

The passengers can be seen kicking the bloodied windshield in an attempt to shake the enraged restaurant owner.

In the video, the passengers can be heard telling the driver to stop, while another person – reportedly the tour guide – kept urging him to go faster in order to shake off Kokedhima. The driver told the passengers to make sure they got the interactions on camera while they yelled at the enraged restaurant owner to let go of the vehicle and they were calling the police.

According to the Daily Mail, the car stopped two miles after leaving the restaurant in Porto Palermo. Kokedhima got off the hood and attempted to open the doors.

The video has sparked outrage in the Albanian government, with Prime Minister Edi Rama taking to his official Facebook page immediately following the incident to condemn Kokedhima's actions.

“The barbarian that hit the Spanish friends, violated the holy code of Albanian hospitality, ashamed of us all,” a translation of the post read.

He went on to call the act of “aggression: a “stain of shame” on Albania’s tourism which “will not be forgotten.”

Albania’s tourism minister met with the tourist, identified by The Guardian as Eugenio Galdón, and his family, and presented them with flowers. Sofia Richie looks glam on night out without Scott
We and our partners use cookies on this site to improve our service, perform analytics, personalize advertising, measure advertising performance, and remember website preferences.Ok