Alexei Navalny versus the ‘underpants poisoner’ 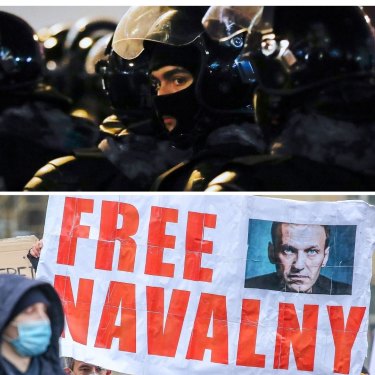 Having memorably dubbed Russian President Vladimir Putin the “underpants poisoner” this week, Alexei Navalny made headlines around the world as he was handed a jail term of nearly three years.

Navalny, a Kremlin critic, has been a thorn in Putin’s side, surviving an attempted Novichok poisoning and forcing the president to deny owning a palace before returning to Russia, where he was promptly imprisoned. 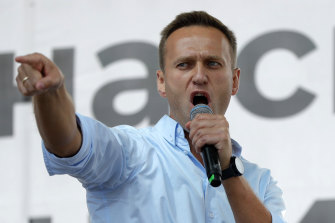 Alexei Navalny has been a strident critic of Putin’s Kremlin.Credit:AP

Protesters took to the streets after his sentencing in the biggest demonstrations seen in Russia in years.

Who is Alexei Navalny?

Alexei Anatolievich Navalny was born on June 4, 1976. He is married and has two children.

He grew up outside Moscow and studied law and securities and exchanges at two Russian universities.

His rise came in 2008 via the internet, when he started blogging about corruption in state-owned companies. He did this primarily through becoming an activist shareholder, buying small amounts of shares in big firms so he could turn up at shareholder meetings to ask questions. 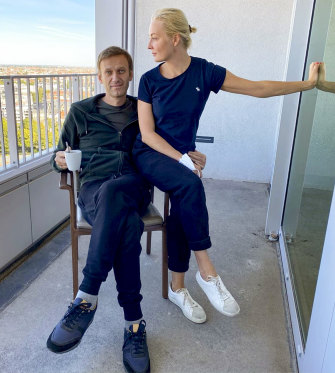 Navalny and his wife Yulia pose for a photo in a Berlin hospitalCredit:Instagram

He established the Anti-Corruption Foundation, or FBK, to collect citizens’ reports of corrupt government practices, engaging everyday Russians in politics.

In 2011, he labelled Putin’s political party, United Russia, a party of “crooks and thieves”. The moniker stuck and was hugely damaging.

In 2017, his expose on the corruption of former president and prime minister Dmitry Medvedev prompted tens of thousands of young people to take to the streets, showing opposition to the Russian regime remained strong.

Why is he being targeted by Putin after all this time?

The battle between the dissident and the President became personal, and nearly deadly, when Navalny fell ill on a flight in August last year.

The Germans sent a plane to bring him to Berlin, where he spent five months being treated and eventually recovered from Novichok poisoning. 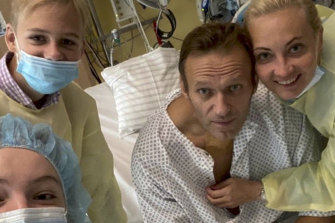 Alexei Navalny with wife Yulia and two children in a hospital in Berlin.Credit:Instagram

Germany called on Russia to explain how the opposition politician came to be poisoned with the same military-grade nerve agent that Russian spies used to try to assassinate KGB defector Sergei Skripal and his daughter Yulia in Salisbury, England, in 2018.

Upon recovering from his poisoning, Navalny duped a Russian FSB security service agent into revealing that they’d used a solid form of Novichok applied to the crotch of Navalny’s underpants.

He then chose to return to Russia on January 17, despite being encouraged to remain in exile.

He was immediately arrested at passport control and accused of violating his probation conditions during the five months he was being treated, during which he nearly died and was in a coma.

Three days before his hearing and from prison, Navalny intensified his battle with Putin, publishing a video on YouTube claiming the president owned a secret palace worth 100 billion roubles ($1.73 billion) in southern Russia. 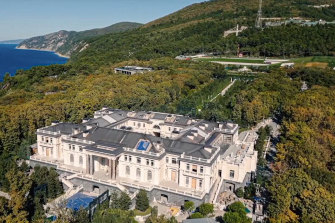 Navalny accused Putin of being “Vladimir the Underpants Poisoner” during an impassioned speech at his court hearing this week.

The revelations and Navalny’s treatment have fed into the disenchantment behind the major protests we’ve seen in Russia this week.

Are the protests a sign his support is growing?

Navalny has long organised rallies in Russia but last weekend’s demonstrations were the biggest against Putin in years.

The trigger was Navalny’s arrest but also worsening economic conditions in Russia and the growing gap between the wealth of the billionaire oligarchs and ordinary people. Real incomes fell 3.5 per cent last year and unemployment is at its highest levels since 2011.

Hit hard by a pandemic that has reduced demand for its fossil fuel exports, the Russian economy is estimated to have suffered its sharpest contraction in 11 years. 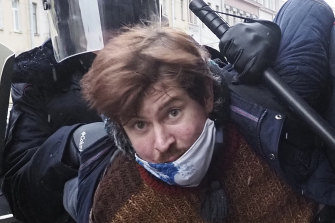 Last weekend, thousands of Russians gathered to demonstrate and OVD-Info, an NGO that monitors protests in Russia, estimates around 5600 were arrested.

Notably, these protests occurred in dozens of Russian cities, not just Moscow.

Navalny rejects this week’s sentencing and court hearing as a show trial.

Russian authorities accused him of violating the house arrest terms of a 2014 fraud conviction which Navalny says was politically motivated. 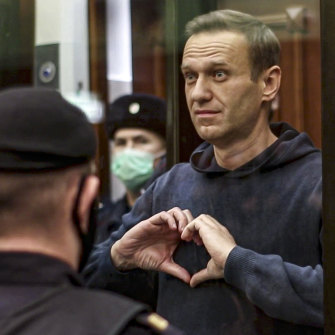 Alexei Navalny during a court hearing in Moscow on February 2. Credit:AP

In 2017, the European Court of Human Rights said the 2014 conviction was the result of an unfair trial.

What about the international community?

Australia, Britain, the United States and major allied democracies have all strongly condemned the arrest and jailing of Navalny.

They continue to call for his release and the release of his supporters.

On Thursday, the new US Secretary of State Anthony Blinken raised it with his Russian counterpart.

US President Joe Biden said the days of the US “rolling over” to Russian aggression, including the poisoning of its citizens, were over, adding that Navalny should be released immediately “without condition”.

Does Russia care what we say?

Russia has rejected the West’s criticism. “The hysteria we’ve heard over the legal process for the Navalny case is of course off the scale,” Foreign Minister Sergei Lavrov said.

The world is watching what happens to Navalny while he is imprisoned. If he dies in jail it could serve as a trigger for internal unrest in Russia, not to mention provoking global outrage.

But it’s worth keeping in mind that Russia has annexed Crimea, played a role in the downing of Malaysia Airlines flight MH17, tried to assassinate the Skripals on the streets of Britain and each time has shown almost zero regard for the resulting international condemnation. 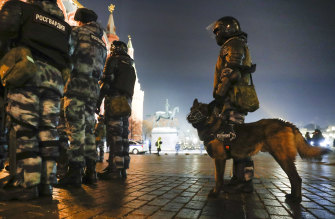 Servicemen of the Russian National Guard gather at the Red Square to prevent a protest rally for Navalny. Credit:AP