Protesters crammed streets and squares in the capital after Friday prayers, many draped in Algeria’s red, green and white flag. Demonstrations also took place in Bejaia, Oran, Batna, Tizi Ouzou and other cities.

“Bouteflika and his men must go as soon as possible,” said student Yazid Ammari, 23.

Reuters journalists estimated the crowd at hundreds of thousands of people but there was no police estimate. The number fell to thousands by late afternoon and no clashes were reported.

Bouteflika on Monday reversed a decision to stand for another term after weeks of demonstrations against him but he stopped short of relinquishing office and said he would stay on until a new constitution is adopted.

“Those who think we are tired are wrong. Our protests will not stop,” said doctor Madjid Benzida, 37, as police blocked streets leading to government offices and parliament.

Bouteflika has been losing allies in recent days since returning from medical treatment in Switzerland.

A senior FLN figure said in an interview on Thursday night the long-ruling president was “history now”.

The remarks by Hocine Kheldoun to Ennahar television were another setback for Bouteflika, who hoped to pacify Algerians by promising to take steps to change a political landscape that has been dominated by a ruling elite for decades.

Kheldoun, a former ruling party spokesman, became one of the most senior FLN officials to break with Bouteflika publicly, saying the party had to look forward and support the aims of demonstrators.

Some parents had brought children to Friday’s demonstration. 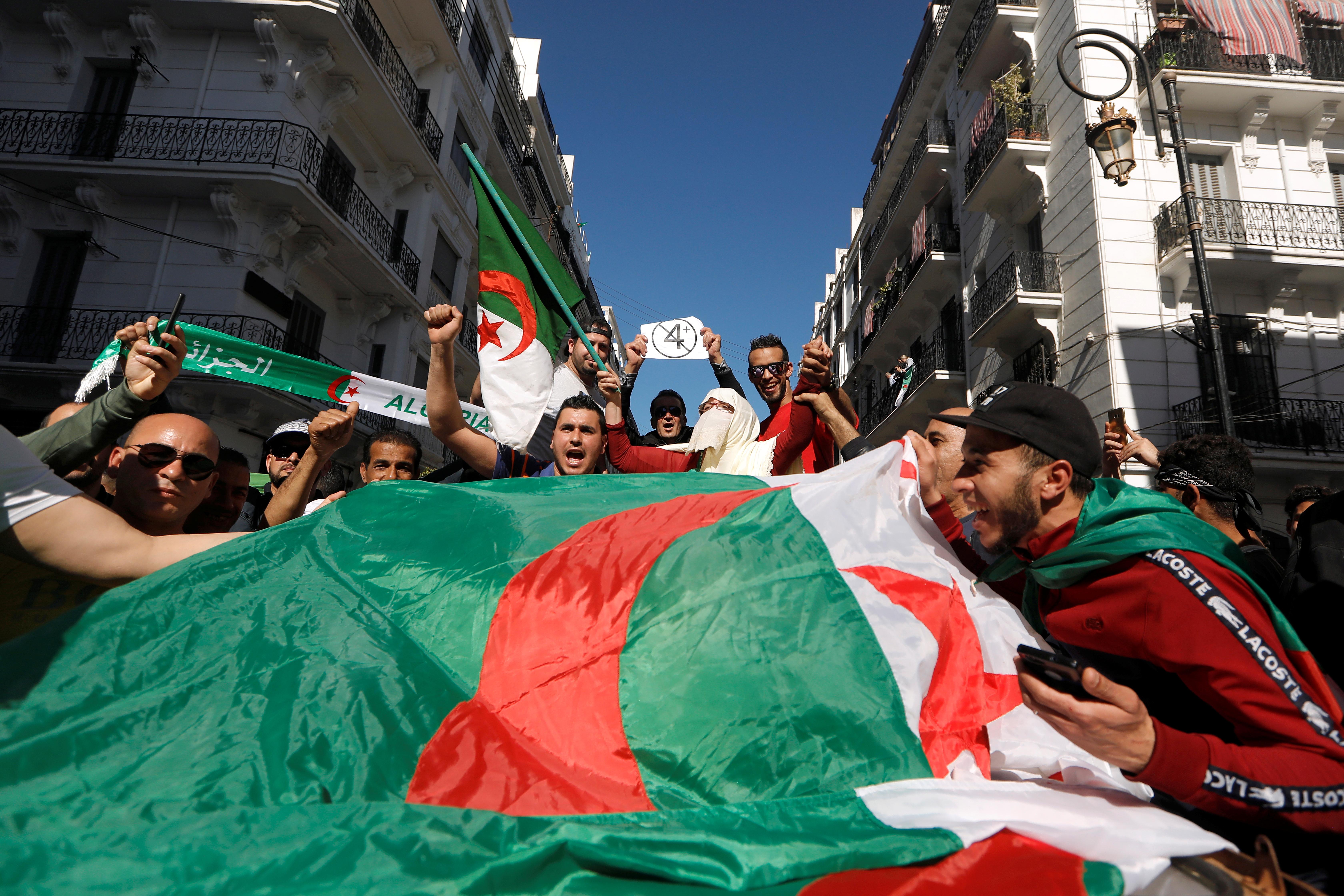 “I want a better future,” said Mohamed Kemime, 10, draped in a national flag.

One of Algeria’s most influential clerics appealed for patience.

Bouteflika has rarely been seen in public since suffering a stroke in 2013. Protesters say he is no longer fit for office.

The new prime minister, Noureddine Bedoui, said on Thursday he would form a temporary government of technocrats and others to work toward political change, and he urged the opposition to join in a dialogue.

A former minister who is familiar with Bouteflika’s inner circle told Reuters that the president could not survive given the pressure building against him.

“Game over. Bouteflika has no choice but to quit now,” the former minister said on condition of anonymity.

Algeria is a major oil and gas producer, but so far exports have not suffered from the unrest. Its biggest oil field Hassi Messaoud and its Hassi Rmel gas field have not been affected, a source from state oil giant Sonatrach told Reuters.

have neglected them for decades.

The military, which has traditionally played a behind-the-scenes power broker role, has distanced itself from Bouteflika and stayed in its barracks throughout the crisis. It is expected to retain influence under all scenarios. 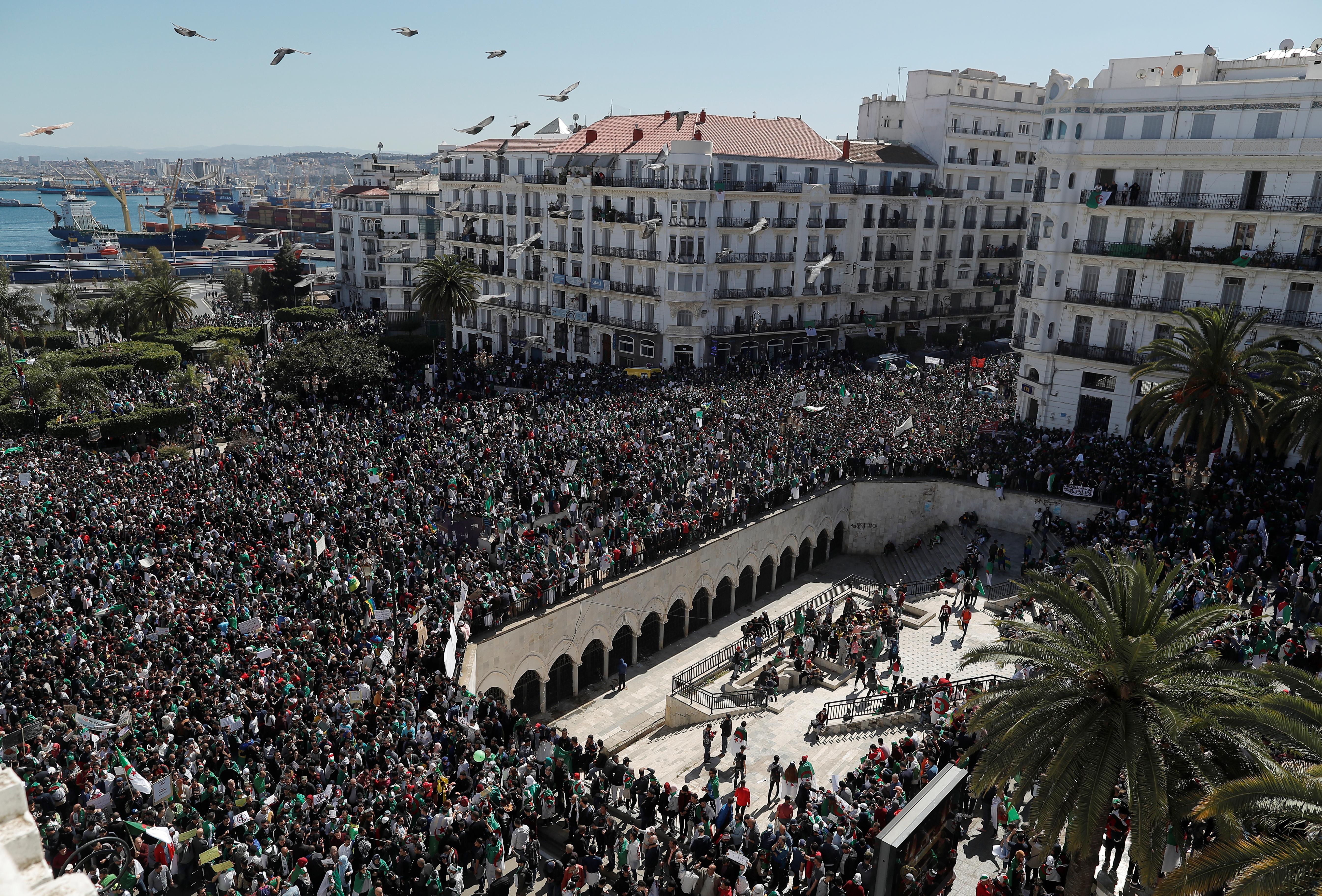 Algeria was relatively untouched when the 2011 Arab Spring uprisings swept away veteran autocrats in the Arab world. Bouteflika and his allies, effective manipulators of the opposition, managed to avoid major unrest by spending oil money on the population, handing out low interest loans and housing.

Bouteflika helped to defeat a civil war against Islamist insurgents in which tens of thousands of people were killed in the 1990s, and many Algerians long accepted heavy-handed rule as the price of stability.

But the public has lost patience with deteriorating economic conditions and the FLN’s failure to make the transition to a new generation despite the president’s failing health.