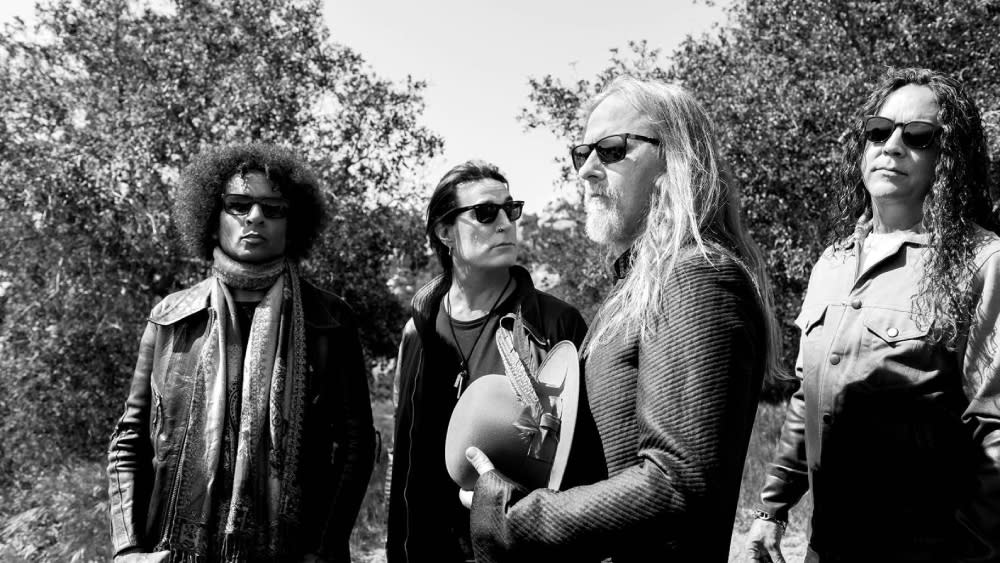 Alice in Chains members Jerry Cantrell, Sean Kinney, Mike Inez and William DuVall have sold their catalogs with the band to Round Hill Music, a rep for the company has confirmed. Terms of the deal were not disclosed, but sources tell Variety the deal was for $50 million.

The Round Hill deal does not encompass copyrights belonging to the estates of original singer Layne Staley or original bassist Mike Starr, who passed away in 2002 and 2011, respectively; on Monday their respective estates announced they had sold their music rights to Primary Wave.

Round Hill will receive a 100% interest in the four current members’ copyrights to Alice In Chains’ masters and publishing — 94 compositions and 159 recordings — along with neighboring rights. The catalog includes such rock-radio staples as “Would?,” “Man in the Box,” “Them Bones” and “Rooster.” Alice in Chains compositions by Cantrell — the group’s main songwriter over the course of its entire career — are part of the pact, though his solo work is not.

“If you look at the grunge category, there was Pearl Jam, Nirvana, Alice in Chains and Soundgarden,” says Josh Gruss, Round Hill’s founder and CEO. “There’s such a loyalty with the fan base and such quality to the music. Alice in Chains music still holds up really, really well, and there’s just nothing else like it.”

The sale comes amid a parade of catalog megadeals that have underscored the enduring value of music. Of last year’s 15 highest-paid musicians, ten made the cut by selling copyrights. Alice In Chains’ haul falls in the same range as the sums received by acts from Blake Shelton to Shakira to ZZ Top (though the exact nature of the copyrights involved differs).

Formed in Seattle by Cantrell and Kinney in 1987, Alice in Chains arose during the “grunge” era of the early 1990s but were always slightly separate from that scene. Their music often had more in common with classic rock than the punk and indie sounds that influenced grunge, and album radio embraced them immediately. After making their debut on Columbia Records in 1990 with “Facelift,” their song “Would?” — featured on the scene-defining “Singles” film and soundtrack — paved the way for their breakthrough, 1992’s “Dirt.” Yet the group lost momentum as Staley succumbed to substance abuse and effectively disbanded after the release of a self-titled studio album in 1995 and an “Unplugged” album the following year. After Staley’s passing in 2002, the band took a hiatus of several years before returning with a new lead singer, William DuVall, and continues to record and tour.

While the group’s often-dark and aggressive music may not seem like a natural fit for such common sync uses as advertisements, six of its releases reached the top 10 of the Billboard 200 albums chart — two, the “Jar of Flies” EP and the self-titled album, reached No. 1 — and all of the group’s core albums have been certified multiplatinum. Also, the group’s songs helped form the musical backdrop for their generation. In 2020, the band was honored with the Founders Award by Seattle’s Museum of Pop Culture (MoPOP), formerly known as the Experience Music Project, which was founded in 2000 by the late Microsoft billionaire Paul Allen.

“With such a dedicated following and an enduring catalog, there is tons of upside potential for licensing across film, TV and videos games,” says Jordan Passman, founder and CEO of Score a Score, a music production and licensing company.