ALIENS could spark a future global conflict after allegedly taking control of nuclear weapons and tampering with missiles, an ex-military officer claims.

Robert Salas was at Malmstrom Air Force Base in Montana in March 1967 when ten intercontinental ballistic missiles unexpectedly stopped working. 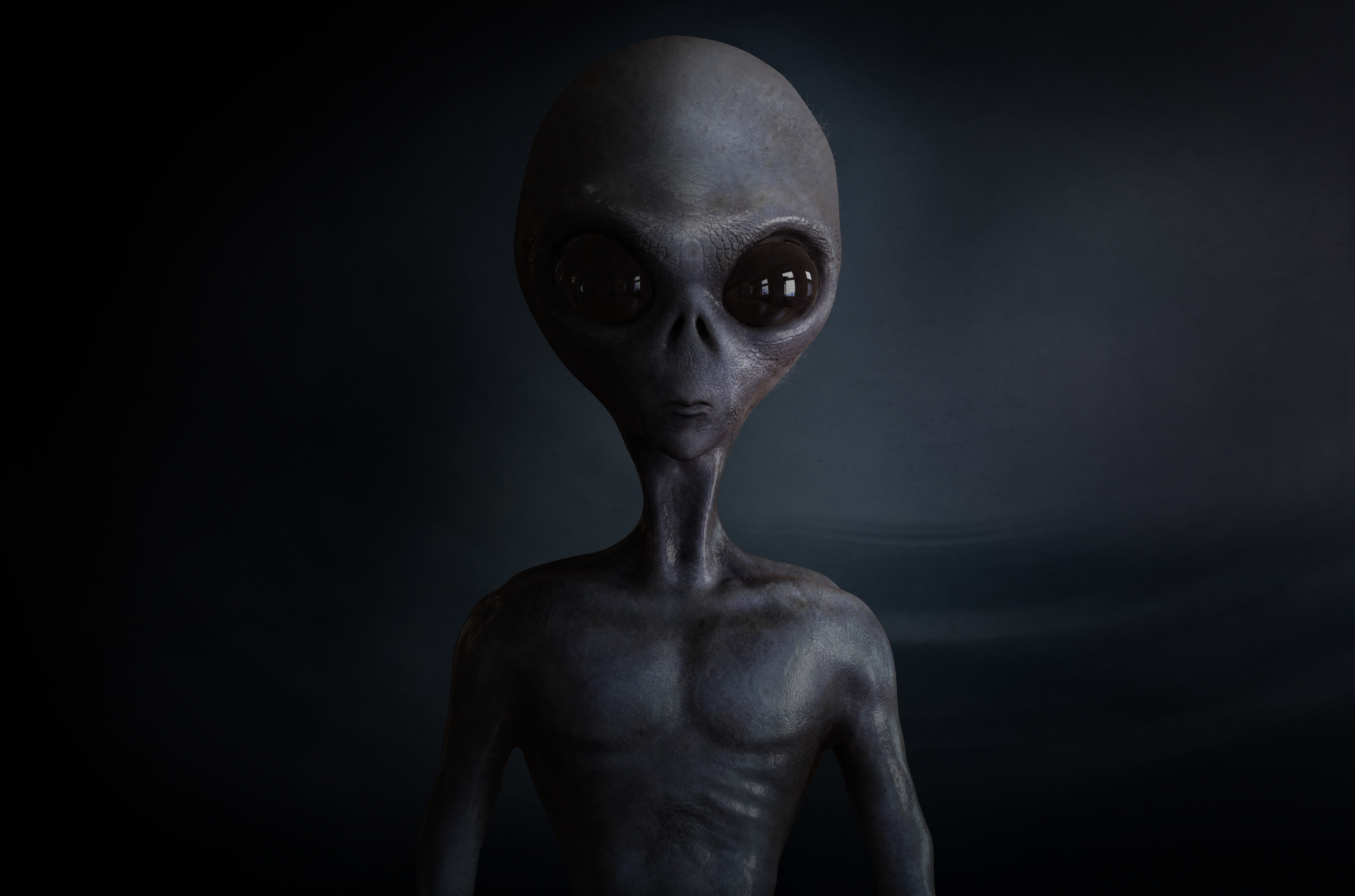 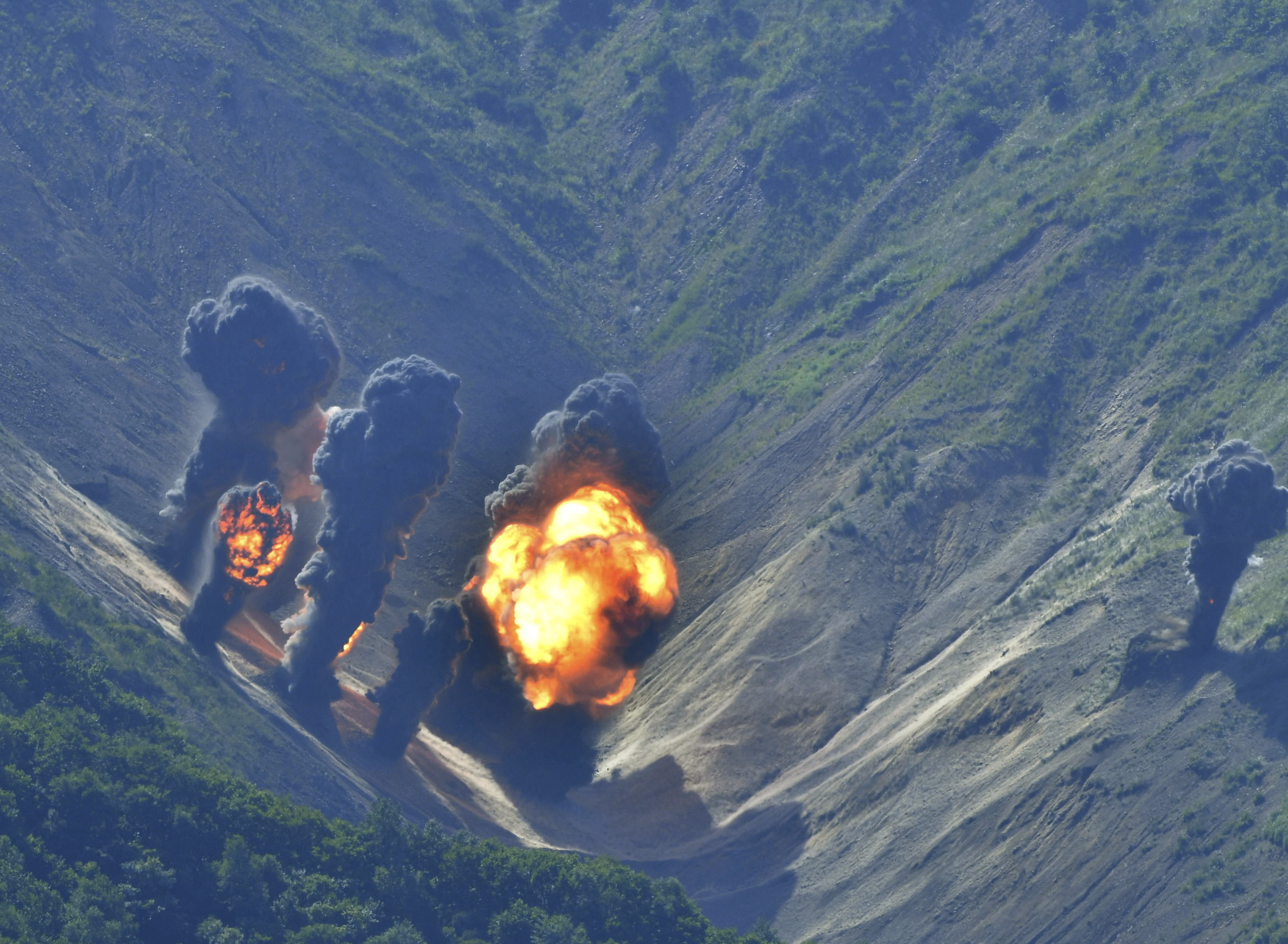 The weapons moved into the “no-go” setting meaning they couldn’t be launched even if there was an order to do so.

Salas alleged the incident happened when a strange-looking object was spotted glowing in the sky, according to CBS.

Officials scrambled to get the ICBMs back online but they couldn't find any physical damage or explanation for the sudden problem.

Salas alleges that aliens tampered with the weapons and disabled them, the Daily Star reports.

Salas claimed a similar incident happened at a control facility just days before.

He and three other ex-captains will speak about cases of alleged UFO interference and reveal declassified papers in the coming days.

They will discuss their involvement in UFO incidents at nuclear missile launch facilities and test sites.

Findings will be presented at a conference on October 19 and they hope lawmakers in Congress will hold investigations into claims that UFOs have disabled nuclear weapons.

US military and intelligence officials have reported alleged UFO sightings near nuclear testing sites for more than seven decades.

“Green fireballs” were spotted in Sandia, New Mexico in 1948 where the atomic bomb was developed and tested, History reports.

An allegation states: “The Government has a very high-powered radar set up in the area and it is believed the radar interferes with the controlling mechanism of the saucers.” The FBI took no further action.

The base was used by the US Air Force during the Cold War against the Soviet Union.

Barker told History: “We looked up on the radar scope and saw something… not like anything I’d seen before.”

He said the object was looked like a helicopter – but it was stationary – and shaped like a basketball.

He said: “I was shocked. There was nothing aerodynamic about it. Basketballs don’t fly.”

Fears that orbs could pose a national security risk escalated among lawmakers after the conclusions of the Pentagon's UFO report were leaked in June.

The report investigated 144 sightings of “unidentified aerial phenomena” (UAPs) but officials could only identify one incident with high confidence -a large deflating balloon.

The dossier said the unexplained aerial sightings could be secret aircraft from China or Russia — or a "non-government" terror group.

Former MOD official Nick Pope previously told the Sun: “Whether it's Russia sending drones dangerously close to aircraft carriers or whether it really is something from further away, it is a defense and national security issue and you can’t just dismiss it.”

Republican lawmaker Tim Burchett warned, “something is going on that we can’t handle”.

Ahead of Joe Biden’s summit with Vladimir Putin, the congressman alleged that the Russian strongman would’ve sent a UAP to show his “superiority”.

He told Newsmax: “I mean, honestly, Putin as an egomaniac, if they had a UFO he would have landed one on the steps of the White House just to show his superiority.”

Burchett told TMZ he’s “having a hard time” thinking that Moscow is behind alleged sightings.

The report couldn't rule out that UAP sightings resulted from alien visitors – despite concluding no evidence was found.

The current consensus in the science world is that no one can say for sure whether aliens exist.

NASA – an expert in space activity – has remained notoriously tight-lipped when it comes to alien life.

The lack of scientific consensus has led social media users to wildly speculate that aliens could land on Earth in the future.

TikTok user @Futuretimetraveller claims that their arrival would lead to an “interdimensional war” with the US.

The text in the "time traveler's" video wildly claims: “Aliens will make their first appearance on Earth next year. The exact date they are first sighted is May 24th, 2022.

“From my time, there are many different aliens, and they actually live on Earth as citizens in the future.”

The time traveler claims the mythical creatures are called “Nirons” and “will come in peace”.

According to the user’s unsubstantiated predictions, the US will attack the aliens, starting an "interdimensional war". 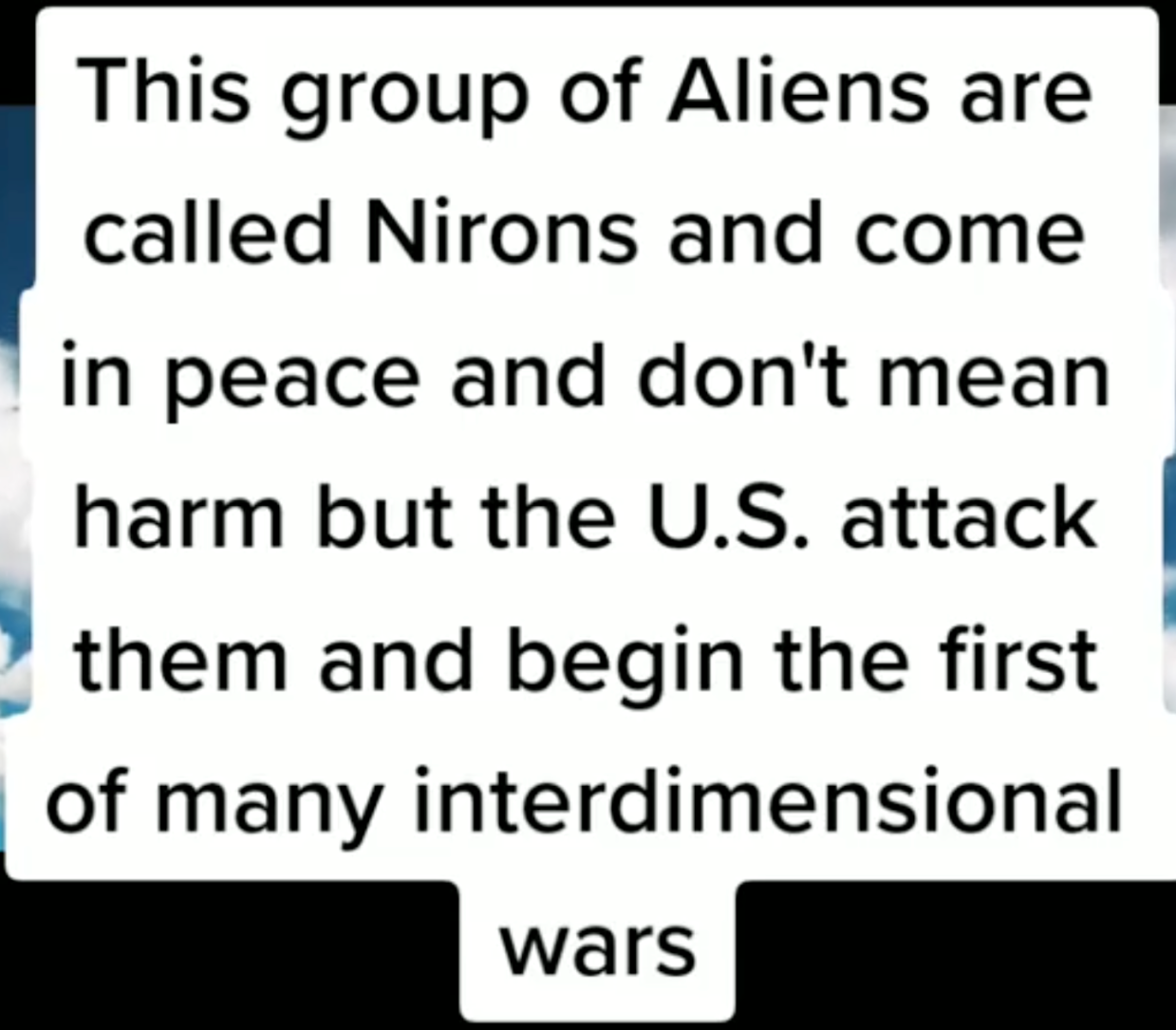