MORE than 70 Albanian illegal immigrants were found on a fishing trawler at Harwich last night in one of the biggest ever operations targeting human traffickers.

The 30-metre boat was intercepted by Border Force cutters off the Norfolk coast near Great Yarmouth. 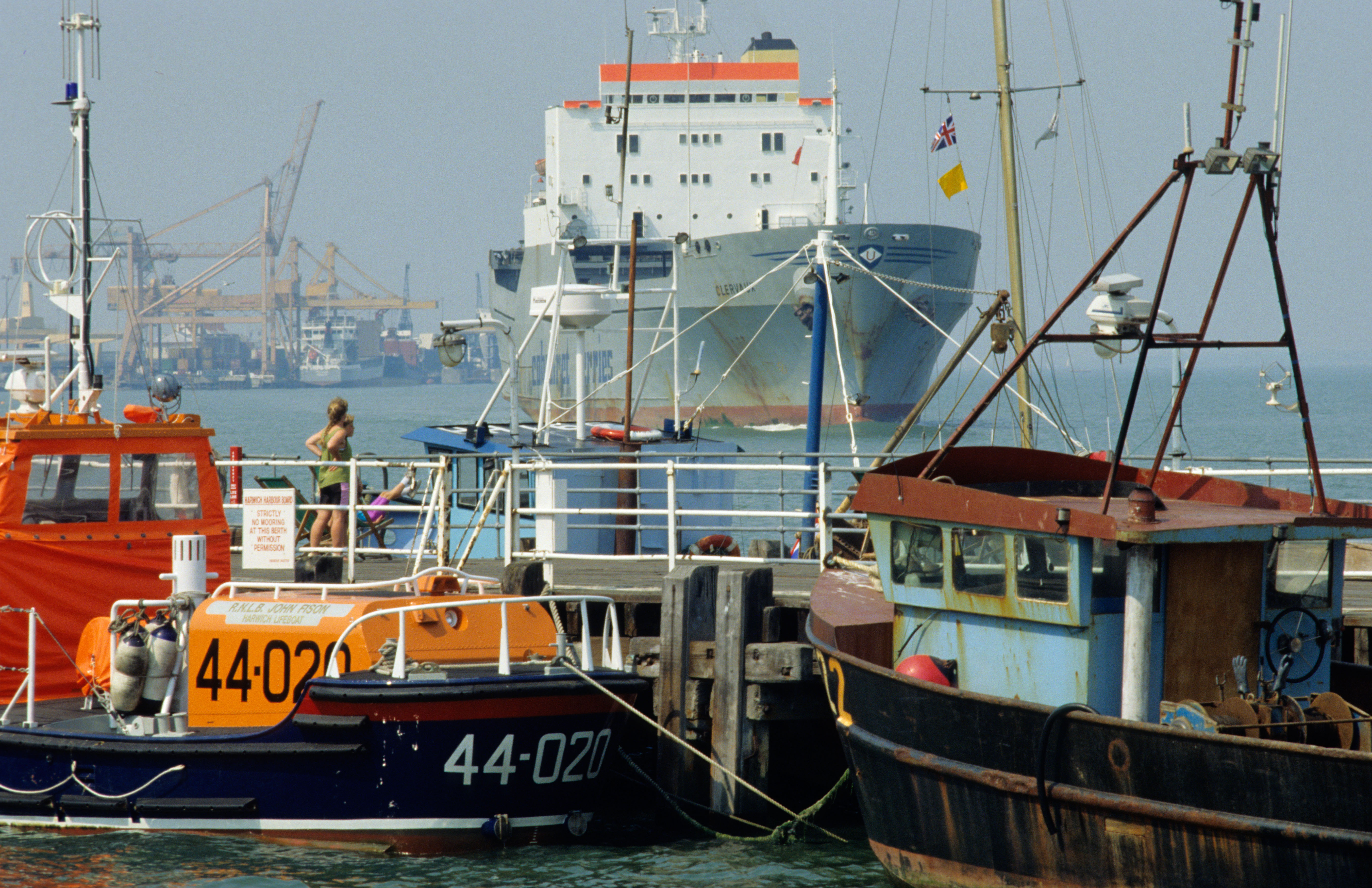 It was then escorted down the Eastern coast to the Essex port of Harwich, where the 72 migrants were brought off from the vessel.

All 72 Albanian migrants were arrested, along with the three crew members.

Armed cops were said to have been involved in the intelligence-led sting over fears that some of the Albanian immigrants could have links to organised crime groups.

Two Latvian crew members and a Ukranian national working on the ship were held on suspicion of facilitating illegal entry.

The migrants trying to claim asylum were turned over to the Immigration Enforcement department.

Meanwhile, the National Crime Agency (NCA) are continuing their investigations into the human trafficking network.

It is understood the boat had sailed from Belgium and was planning to moor up in a small harbour along the East Anglia coastline.

A source said: “It is one of the biggest operations ever carried out against human traffickers in this country.

“It was a resounding success and has led to around 70 migrants being held and a major people smuggling network being taken out.”

More than 100 officers from the NCA, Border Force and Essex Police were involved in the operation.

NCA Deputy Director of Investigations Craig Naylor said: “This was clearly a significant incident and a significant attempt to breach the UK’s border controls.

“Our investigation into this attempt continues, and I’d like to thank our partners at Essex Police, Border Force and Immigration Enforcement for all they did last night and their ongoing work in support of our investigation going forward.

“Working with our partners we are determined to do all we can to disrupt and dismantle people smuggling networks, and prevent them from exploiting migrants for profit.

“Our aim is to target those who cause harm, safeguard those who are most vulnerable while securing the United Kingdom’s borders.”

A witness at Harwich told how cops swarmed on the port at around 11pm last night.

They said: “There were police and dogs everywhere.

“There were a load of ambulances and a helicopter was flying overhead.

“The ship was only a smallish fishing trawler and was apparently intercepted as it made its way to the estuary coming up to Harwich.

“There were said to have been 72 illegal migrants on board and were brought into the port.

“The police sealed off part of the port as the migrants were brought out.

“The whole thing was staggering to see.”

The NCA said: "Acting on information received, and as part of a joint operation involving the NCA, Immigration Enforcement and Border Force, the Border Force cutters Searcher and Vigilant intercepted the vessel, a 30-metre fishing boat, off the coast of Great Yarmouth on the evening of 17 November.

"It had sailed from the Ostend area of Belgium.

"The boat was accompanied into Harwich harbour in the early hours of this morning (November 18), where those on board were escorted from the vessel.

"The three crew members, a Latvian national and two Ukrainian nationals, were arrested on suspicion of facilitating illegal immigration and will now be interviewed by NCA investigators.

"The other 69 people, all Albanian nationals, were arrested on suspicion of offences under the Immigration Act and will now be dealt with by Immigration Enforcement officers.

"The operation at Harwich was assisted by Essex Police.

"A search of the vessel is still ongoing."