Two orphaned sisters who lost their parents in the mysterious Alps shooting have had their compensation claim rejected by French authorities because ‘a crime could not be established’.

Zeena and Zainab al-Hilli, then four and seven respectively, were on holiday near the village of Chevaline in 2012 when a killer fired 25 bullets into their car.

Their parents Saad, 50, and Iqbal, 47, and grandmother Suhaila Al-Allaf, 74, were all shot twice through the head in their BMW which was parked in a wooded lay-by.

Zeinab was treated for a bullet wound and severe head injuries, while her sister Zeena survived after hiding from the killer beneath her mother’s body.

Their relatives asked for money from the French criminal injuries ­compensation authority but officials have refused the claim because no killer has been found, reports the Sun. 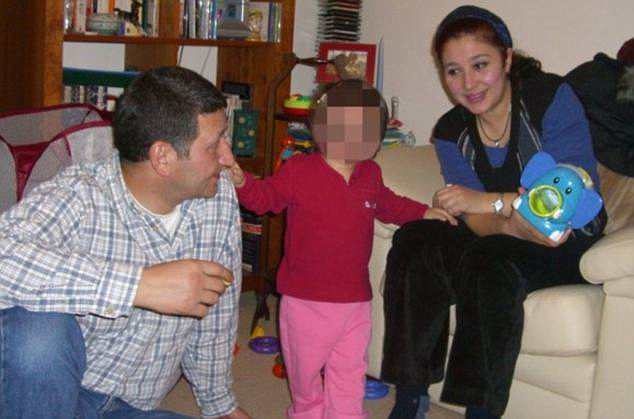 Zeena and Zainab al-Hilli (pictured aged three with her mother and father) were on holiday near the village of Chevaline in 2012 when their parents Saad and Iqbal, and grandmother Suhaila Al-Allaf were killed 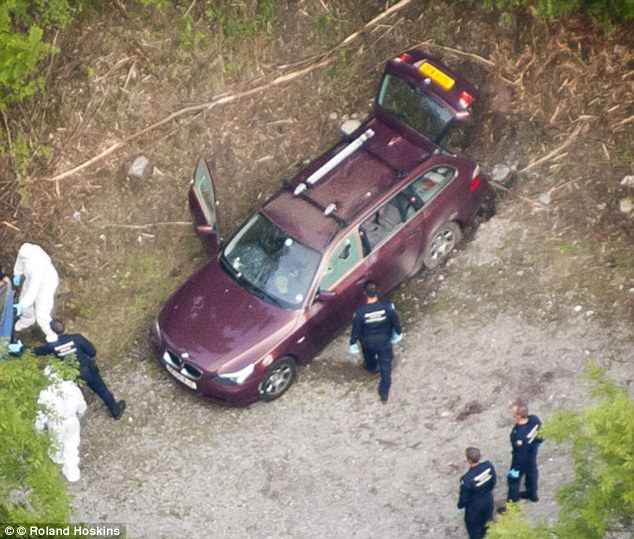 The orphaned girls, who were four and seven when the Alps shooting happened, have had their compensation claim rejected by French authorities because ‘a crime could not be established’.

British lawyers Slater and Gordon are now taking the authority back to court to claim an estimated £500,000 compensation package for the girls who are now 13 and ten. 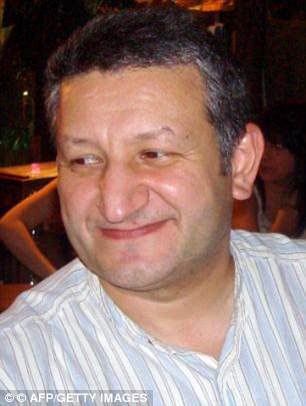 Their uncle Zaid told the Sun: ‘The girls’ lives have been turned upside down. They’ve lost their parents, they spent weeks in hospital after the attack, they were even in ­foster care for a while.

‘To tell them there wasn’t a crime as they haven’t been able to find the perpetrator is an insult. They were there and know what happened.’

Lawyer Kieran Mitchell said: ‘We argued that CIVI was hiding behind a technicality and the children were entitled to a financial settlement.

‘We’re pleased we’ve won our argument that will allow the children to get the settlement they desperately need.’

In September last year French police said they believe the crime – which remains one of the biggest unsolved murders in modern British history – was a random unplanned attack by a local person.

5 September, 2012: Saad al-Hilli, 50, his wife Iqbal, 47, and mother-in-law Suhaila Al-Allaf, 74, along with French cyclist Sylvain Mollier, 45, are all killed in a lay-by near Chevaline. Their bodies were discovered by former RAF pilot Brett Martin.

17 September, 2012: French police begin probing theory that Mr Mollier, who worked in the nuclear industry and specialised in zirconium metal-working for nuclear reactors, was the main target of the killing.

November 2012: French detectives examine theory the family were killed by a serial killer with a hatred of tourists. They linked the deaths to the murder of Xavier Baligant, 29, in July 2012. He was shot four times at a rest area near Nancy while he was heading home to Belgium following a camping trip.

June 24, 2013: Mr al-Hilli’s brother Zaid is arrested in connection with the murders.

October 2013: Zaid al-Hilli publicly protests his innocence and offers to take a lie-detector test to verify his own account.

November 4, 2013: Police release the first picture of a unnamed motorcyclist with a goatee who was seen near the crime scene by several witnesses, 14 months after the murders.

January 15, 2014: Zaid al-Hilli is released without charge by British police because of a lack of evidence.

February 18, 2014: Eric Devouassoux, a 48-year-old former policeman, was arrested at his home in the village of Lathuile close to Chevaline. He is released without charge three days later.

September 5, 2014: Two years after the murders, French police admit the killers may have gotten away with ‘the perfect crime’, saying ‘there is no priority line of investigation that stands out’.

March 2015: The motorcyclist that police were looking for is found and ruled out as a suspect.

May 2015: Former French Foreign Legion soldier Patrice Menegaldo, who killed himself in June 2014, is named by police as the prime suspect in the murders.

December 2015: Police find two unidentified traces of DNA on the front bumper and under the driver’s floor mat of the British registered BMW estate. They do not match the victims or anyone on the European criminal data base.

September 2017: French police say they believe the family were the victims of a random unplanned attack by a local person.

December 2017: Nordahl Lelandais is suspected of being involved in 15 unsolved murders including the Alps shooting. In February 2018 he admitted killing eight-year-old Maelys de Araujo who was last seen at a wedding in Pont-de-Beavoisin in the Alps in August.