Amazon rainforest fire: What is being done to stop Amazon fires?

According to National Institute for Space Research (INPE) satellite data, there has been an 84 percent increase in deforestation from the same period in 2018. Almost 73,000 acres of land have already burned in blazes this year – and the fires show no signs of slowing. Satellite footage has spotted nearly 10,000 fires in the region since Thursday alone.

What is being done to stop Amazon fires?

So far, fires are continuing to burn in the Amazon rainforest.

However Mr Bolsonaro has come under intense scrutiny, facing allegations that the fires are a direct result of his policy. 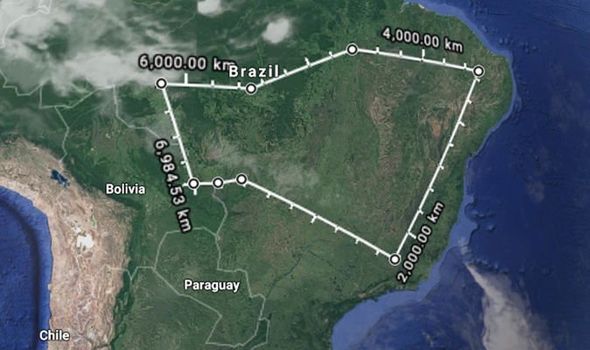 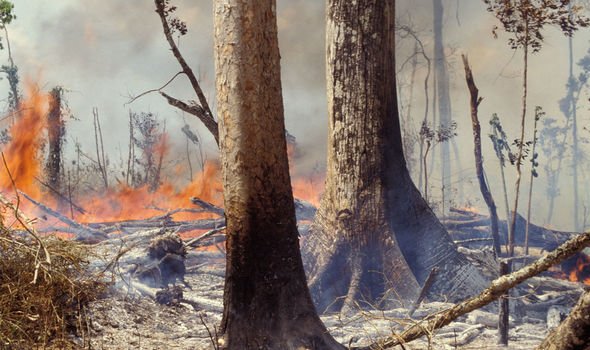 Having previously been labelled ‘Captain Chainsaw’, critics believe Mr Bolsonaro has exploited the country’s natural resources to boost the economy.

In response, President Bolsonaro lashed out at his accusers on a Facebook Live feed yesterday.

Mr Bolsonaro suggested NGOs could be to blame for the current crisis, claiming they were trying to undermine his government.

“Maybe the NGO types are conducting these criminal acts in order to generate negative attention against me and against the Brazilian government. This is the war we are facing.” 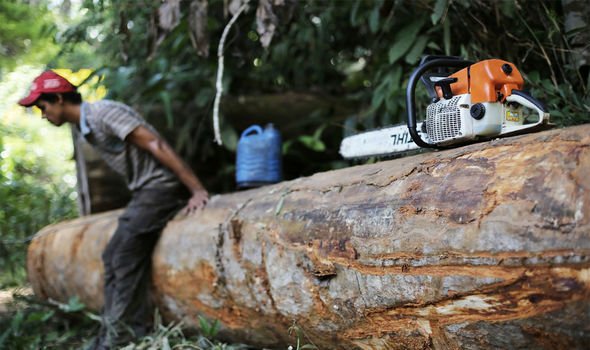 However NGOs have rejected Mr Bolsonaro’s claims, labelling them a “smokescreen.”

“Increased deforestation and burning are the result of his anti-environmental policy.”

As a result of the fires, the Brazilian state of Amazonas declared an emergency in its capital Manaus and the south of the state. 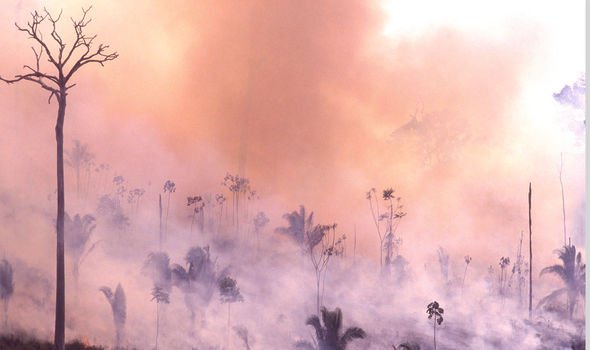 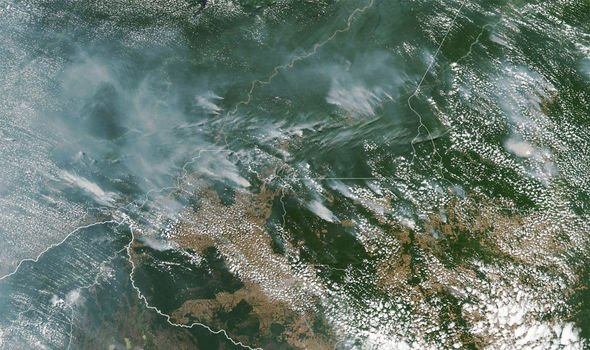 Acre, on the border with Peru, has also been on alert since Friday.

Spanning 1.7 billion acres, the Amazon rainforest is thought to provide some 20 percent of the world’s oxygen.

With #PrayforAmazonas trending worldwide on Twitter, people are hoping to bring awareness to the issue of deforesting the area widely regarded as “the lungs of the world”.

Many are urging people to donate to charities such as Rainforest Concern and WWF.